The Orlando-based firm with plans to revitalize the Colony Beach & Tennis Resort moves a step closer to its goal, and begins demolition at the iconic property.

A front-end loader started demolition of one small portion of the former Colony Beach & Tennis Resort.

A front-end loader started demolition of one small portion of the former Colony Beach & Tennis Resort.

Unicorp President Chuck Whittall said he wants to preserve the mural from the Monkey Room Lounge.

Unicorp President Chuck Whittall said he wants to preserve the mural from the Monkey Room Lounge.

Personal items adorn the entrance to one of the buildings at the former Colony Beach and Tennis Resort.

Personal items adorn the entrance to one of the buildings at the former Colony Beach and Tennis Resort.

The Colony Beach & Tennis Resort once hosted tennis stars from around the world.

The Colony Beach & Tennis Resort once hosted tennis stars from around the world.

Unicorp National Developments aims to build a 180-unit condominium and 180-room hotel on the former Colony.

Unicorp National Developments aims to build a 180-unit condominium and 180-room hotel on the former Colony.

“I didn’t think it would look this bad,” Field said as he walked into the collapsing remains of the Monkey Room Lounge.

Herbert P. Field, Tim Field’s father, developed the Colony in 1954 and sold it to Dr. Murray “Murf” Klauber in 1972. The son, who began working at the resort when he was 8 years old, recalls the flaming meals and desserts served by the Jamaican staff members at the beachfront restaurant, and the nine-hole shell and grass pitch-and-putt course, which was later replaced by tennis courts.

“A lot of the people who moved to Longboat Key originally stayed here,” Field said.

Today, on the other side of the roughly 18-acre property, Unicorp National Developments President Chuck Whittall prepared to announce his firm’s $22 million acquisition of Colony Lender LLC’s recreational property. And a front-end loader sat ready to begin a minor demolition at the iconic resort.

Before the machine tore into a plant-covered archway, Whittall outlined plans for a 180-unit condominium, 180-room hotel and an undetermined amount of timeshares at the property, along with saltwater swimming pools where guests could swim with tropical fishes, and a hop-on-hop-off trolley serving Longboat. The $1 billion project will create 4,000 temporary construction jobs and 300 full-time jobs.

The firm has chosen Kimley-Horn & Associates, SB Architects out of Coral Gables and EDSA Inc., a landscape architecture firm, as the team behind the Colony revitalization. SB Architects designed the coming One St. Petersburg mixed-use project, Kimley-Horn did the design and engineering for the $21.5 million Siesta Key beach improvement project and EDSA performed work for the Atlantis in Nassau, Bahamas.

Unicorp has been in talks with at least seven five-star hotel operators for the resort part of the plan. And the firm has officially applied for an extension of the property’s 237 grandfathered tourism units through June 30, 2018, and a referendum to allow the additional residential density in conjunction with the hotel.

“It’s a symbolic new beginning,” Whittall said with a smile after the arch near the Colony’s entrance collapsed. The property should be completely demolished within nine months.

But, there are still plenty of hurdles for Unicorp to consider.

By Oct. 1, Whittall hopes to have at least 75% of unit owners sign a development agreement that absolves all litigation surrounding the property and buys out owners’ interests. But Tennessee developer Andy Adams, who owns a 30% share of units, could be the blocking vote on the the proposal.

“We’re hopeful Andy’s on board,” Whittall told the Longboat Observer, noting that Adams was on the phone call with the Colony Association board of directors Tuesday, when they voted 8-1 to forward the agreement to unit owners.

“I truly hope that everybody can start to work together and put Humpty Dumpty back together again,” Field said.

Unicorp would need residents to approve the additional density, then apply for a comprehensive plan amendment and rezone to establish a planned unit development, said Planning, Zoning and Building Director Alaina Ray. The Town Commission would need to approve the request for a referendum and each additional step, the first of which board members will likely consider in September.

“You’re looking at a couple of years,” Ray said of a timeline for the process.

Still, Unicorp has already launched an official website for the project that along with drone videos of the property, proclaims, “Keep watching, it’s happening!”

Of the Colony nostalgia Unicorp may meld into the new resort, Whittall said he hopes to save the mural from the Monkey Room. But Field said he’s most concerned with keeping a beachfront restaurant.

“It was the premier beachfront dining on the west coast of Florida,” Field said. “I mean, everyone wanted a window table.”

Whittall said he met with state environmental officials to consider whether the firm could build on the beachfront after demolition.

“They’re willing to work with us,” he said. 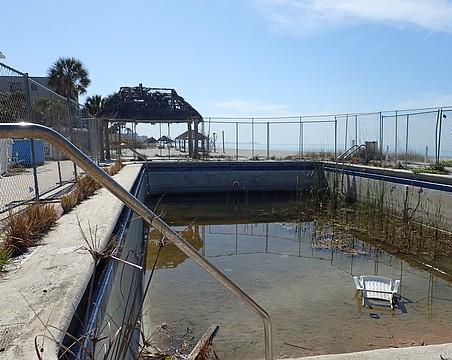 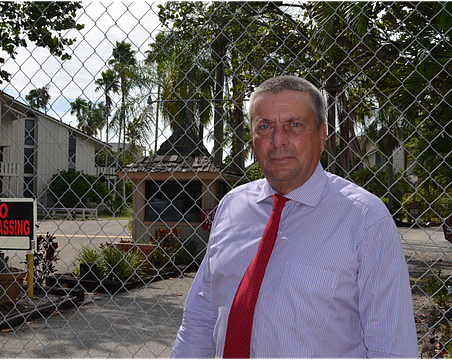 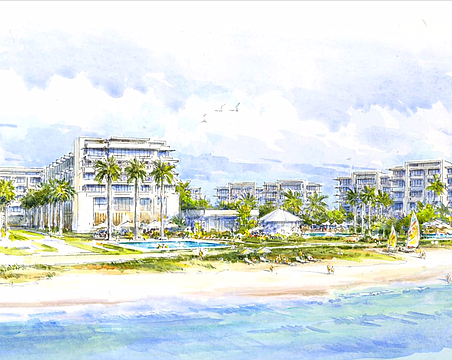 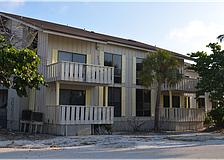 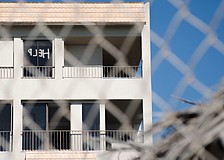 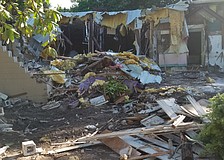 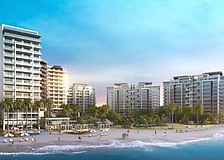 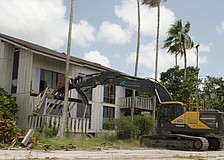