As Marian Morgan tells it, she and her husband, John, have been unfairly targeted. In an e-mail sent June 13 to friends and family, the Sarasota woman tried to explain why the Securities and Exchange Commission is suing the couple.

Morgan wrote: “We just wanted you to know that we have some huge legal issues at the moment. Three years ago, we had a client from Nebraska who recently has been investigated by the SEC. We were subpoenaed to testify against him, but our SEC lawyers in Fort Lauderdale handled it for us while we are in Copenhagen. Today, my mother-in-law tells us … that the SEC has filed a lawsuit against this other fellow, Steve, and decided to throw us under the bus as well. Our lawyer told us to grit our teeth and brace ourselves for pretty ugly press! I guess we will need to. I just wanted to pre-advise you that you may see our names flashed all over the news related to this matter. Hopefully we can weather this storm as we have weathered many storms in our lifetime so far.”

But the SEC said that fellow from Nebraska, Stephen Bowman, was not a client but a partner, and that the Morgans were deeply involved in the Ponzi scheme. As a result, it filed suit against the Morgans, Bowman and a third person, Thomas Woodcock Jr., of Rockwall, Texas, for bilking more than 150 investors out of $13.79 million.

According to the SEC, the Morgans and their co-defendants used investor funds for purposes undisclosed to the investors, including the Morgans’ mortgage payments, Bowman’s gambling habit and Ponzi payments to other investors.

The Morgans and Bowman allegedly promised investors imminent payment of their principal and returns, but none of the investments was registered with the SEC, nor were any of the defendants registered broker-dealers or were they associated with any broker-dealers.

The complaint alleges: “When investors complained about not receiving payments from the bank-trading program, the Morgans and Bowman responded by reassuring investors that … their funds were safe, and they would be paid as soon as various administrative issues were resolved. Among the excuses provided was that investors’ distributions would be made after payments to certain humanitarian-project participants.

Donald Hoerl, director of the SEC’s Denver region, which is investigating the case, said more than 150 victims have been identified, although he would not reveal their names. Hoerl did say investigators are still searching for more victims.

The SEC also would not reveal which mortgage the Morgans allegedly paid with investor funds.

The Morgans are well-known socialites in Sarasota. For the past two years, they have hosted a dinner for the Florida Wine Fest at their lavish Coral Cove home. The 7,429-square-foot waterfront house is decked out with columns, balconies, a pool and a boat in the back.

Because they host those dinners, they have been listed as $5,000-level sponsors of the Wine Fest. The same level as the Longboat Key Club and Resort, The Colony Beach & Tennis Resort, Marriott hotels and Whole Foods Market.

The San Remo home is in their name. The Coral Cove properties are listed under a trustee named Wayne Emerson. Two more addresses link the Morgans to Emerson.

MoneyTalks lists its address as 5033 Ocean Boulevard, Suite 255. Emerson’s address for the Coral Cove parcels on county property records is the same. It may sound like an office suite, but it is really a Mailboxes and More store on Siesta Key, where the Morgans keep a P.O. Box.

Storeowner Payne Breazeale said John Morgan has been a regular customer for about 10 years, saying he appears weekly to check his mail. Breazeale said he did not know Emerson.

The other address linking the Morgans and Emerson is a Web address. MorganEuropeanHoldings.com, the site for the Morgans’ company involved in the SEC lawsuit, is listed under Emerson’s name.

John and Marian Morgan and Wayne Emerson could not be reached for comment.

A neighbor of the Morgans’ San Remo home, who wished to remain unidentified, said the couple no longer lives in that home.

He said two of the Morgans’ family members live in that home now and that the Morgans moved to the Coral Cove home, which property records show was purchased in October 2006.


Chris Moody, once one of the rising stars of Sarasota’s money-management community, has taken on a much lower profile since his onetime business partner, Arthur Nadel, was arrested on charges that he allegedly bilked hundreds of investors out of more than $300 million.

For good reason, too. The investigation into the alleged investment scam is ongoing, and Nadel’s attorneys recently argued in federal court filings that Moody and his father, Neil Moody, might be more culpable in the scam than once thought.

At the same time, the court-appointed receiver in the scheme said in a recent report “the Moodys have received millions of dollars as a result of their efforts and participation in Nadel’s activities.” The receiver said he is preparing to institute legal action against the Moodys to recover the money and assets acquired with the money.

The younger Moody and his attorney continue to assert no involvement in the alleged Ponzi scheme, which came to light in January. Said the younger Moody in a text message this week: “We are cooperating with the authorities and the receiver. We had no knowledge of Art’s actions, and they know that.”

But Chris Moody’s avoidance of the limelight apparently doesn’t include refraining from posting pictures and nuggets about his life on Facebook, the popular social-networking Web site. Moody’s pages on the Web site, seen by The Observer, include a half-dozen pictures Moody posted from a recent tarpon fishing trip in the waters off Siesta Key.

The photos were added June 8, and Moody in one photo is smiling while he and a friend are holding a fish. Moody, on another page on the site, also says he will be attending an upcoming event at a Four Seasons hotel in Texas.

The images in the photos on Facebook contrast from the life Moody’s attorney says his client has been living since Nadel’s Jan. 27 arrest. The attorney, Tampa-based David Knight, disputes any assertion that Moody is lounging around or living the jet-set life while Nadel’s alleged victims deal with their losses.

“This case has had an enormous adverse financial impact on Chris Moody,” says Knight. “His life has changed.”

Specifically, Knight says, Moody spends most of his days assembling paperwork for the ongoing investigation. Moody hasn’t obtained another job, says Knight, and his only other daily task is picking up his kids from school.

Knight, who is serving as a spokesman for the Moody family, says he wasn’t aware of the Facebook postings prior to being contacted by The Observer. But after speaking with Moody about the postings, Knight says, the event his client responded to in Texas isn’t until October, and Moody realizes his financial picture then will dictate whether he will be able to attend it.
— Mark Gordon 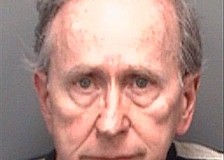