Originally scheduled to close Sept. 27, the exhibit will remain open due to its extremely positive response.

The exhibit, which opened Feb. 14, features more than 40 species of sea animals that have never before been shown to the public at Mote as babies.

The animals on display range from just a few hours old to adults, and the centerpiece is the baby epaulette sharks, which guests can stroke. Along with the sharks, this is the first time the aquarium is exhibiting garden eels. Other animals on display include fish, jellyfish, lobster, shrimp and turtles.

The game show, “Who Wants to be a Sea Star?” is popular among guests and is one of the first interactive features ever displayed at Mote.

“The response and feedback from the public about the exhibit has been extremely positive, and Mote is happy to have this exhibit remain open so that future visitors can enjoy and learn about ocean animal life cycles,” Mote Assistant Vice President Evan Barniskis said in a news release. 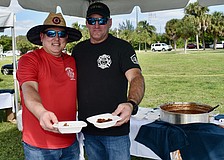