Physical Plant emerged from the pandemic with a new album, two new members and a resolve to keep writing new songs.

They’ve gone from the New College kids to the wizened old heads on the Sarasota rock scene.

And they’ve done it in the space of two albums.

Josh Scheible and Caegan Quimby, singers and songwriters for Physical Plant, went into a brief musical exile during the pandemic that allowed them to sharpen their material. They’ve emerged with a veteran rhythm section with ties to several other local Sarasota bands, and they’re currently celebrating the August release of their second album, “Hot Future,” which is a reference to climate change but also perhaps to their own musical trajectory.

“We’re older now,” says Quimby, who started Physical Plant as part of an independent study project at New College. “We’re the age of the bands — maybe older —that were asking us to play shows back then.

“Things can happen here. But we have to make them happen.”

Scheible, a graduate of Southeast High School, has been playing in Manatee County bars since before he was allowed to drink. The guitarist estimates he played more than 100 shows as part of Magic Tree Conspiracy, a classic rock cover band, by the time he got to New College. Then he met Quimby as a freshman, and they became fast friends.

The pair began working on music together and immediately recognized that they had an excellent working partnership, and they credit one of their professors, Steve Miles, not just for recognizing and encouraging their talent but also for giving them plenty of opportunities to perform in public.

“That was one of the very cool things at New College,” says Scheible of his student years. “They saw that we had a functioning rock band and said, ‘OK, well, let’s use it.’

But it wasn’t just their schooling; Scheible and Quimby also say that the indie rock scene in Sarasota from about 2010 to 2015 was incredibly productive and nurturing.

There were a lot of good bands in the area back then, and a lot of them gave young Physical Plant an opportunity to open up for them.

The band’s new drummer, Michael Murphy, formerly played in Equines and Cats in the Basement, and young Scheible and Quimby first met him as a promoter who got them their first gigs. Dave Cornicelli, their new bassist, formerly played in Hail Dale and the Umbrella Cult, and he brings versatility because he can also play drums. But more than their musical chops, Murphy and Cornicelli bring a new attitude to the band.

“Caegan and I, we’re both classic perfectionists and overthinkers,” says Scheible. “It’s nice to have somebody in the room who is the ‘Just do it,’ attitude. It’s nice to hear that because between the two of us will will just talk talk talk.”

At this point, they’re thrilled to be playing music again.

They make sure to point out that their old bassist, Dave Baker, has not left the band. He’s just entering a new phase of life as a father, and they’re forging ahead with their old music and with their new stuff.

Scheible and Quimby spent the pandemic rehearsing as a two-piece outfit with a drum machine, and their partnership was only strengthened by their mutual commitment.

“We always just tried to have faith, just kind of write more songs.”

How do they write songs? Do they sit down together and trade licks and lyrics? No, not really.

Scheible says he’s more of a perfectionist and often doesn’t bring a song to the band unless it is a completely finished product.

But Quimby is a prolific songwriter with a backlog of material just waiting to get the full band treatment.

The important part of their partnership, though, is that Scheible and Quimby share the same tastes.

“When we’re the closest to an argument,” adds Quimby, “It’s because we’re both wrong.”

The pair meets once a week, on Wednesdays, to tighten up musically and prepare for their Sunday full band rehearsals, which usually see them striving to stay tight on their current material.

They’re scouring the local scene and looking for places to play. Physical Plant is going to be playing a show at the Ringling Underground in November, and they say it would be nice to return to their roots at New College and play there again.

But when they look at the local scene, they realize that it’s a challenging environment for them and for other bands like them.

“We’re going to book a cover band that keeps people here all night,” he says of the bar owner’s perspective. “We have to cater to the demographic that’s going to come out and keep the place in business.

“That’s just business. As someone who came out of what I like to call the Margaritaville circuit, I get it. That’s what I came up doing.”

Scheible, who moonlights as a guitar teacher, says he saw one of his classmates from first grade at a recent gig, and he underlines how fortunate he is to be able to do what he loves in his hometown.

The next step — the Hot Future, if you will — sees Physical Plant not just making its own music but also setting out into the parallel path of finding gigs for themselves and other bands around them.

Their first album, What’s Laid Down, came out in 2018, and four years later it’s a completely different band with a different mindset.

They have enough material for a third album; and maybe a fourth, if you count the songs Quimby hasn’t brought to the band yet.

Best of all, they’re not in a rush. They’re committed to seeing this thing out over the long haul.

“They say you get all your life to write your first album and a couple years to write your second one. But that’s not really a problem for us,” says Scheible. “We always have 10 new tunes. We’ll get to them when we get to them.” 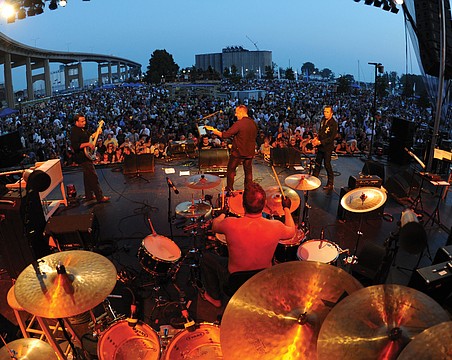 Music in the Making: Matt Facciolla 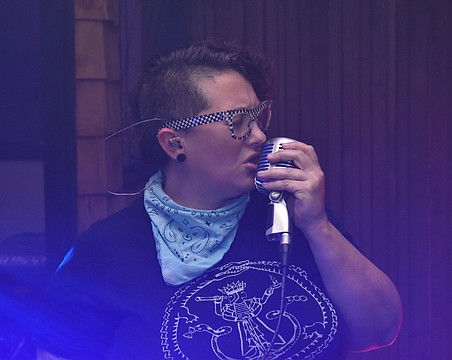 MeteorEYES is back in the groove of writing, performing and advocating 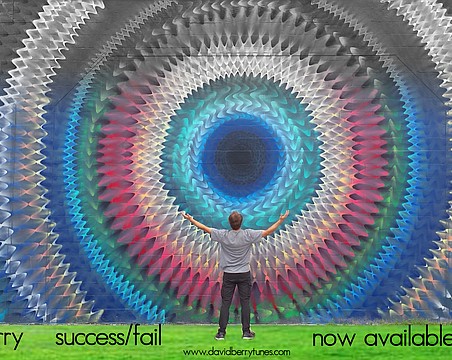 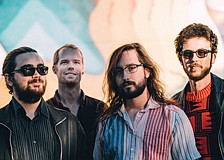 Back to the Roots: Physical Plant to release new album 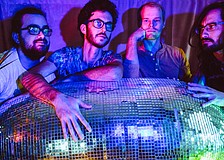 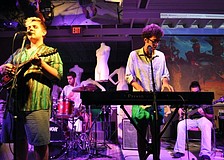 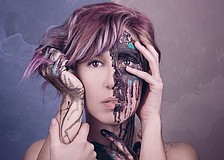 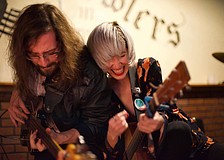