Nov. 15
Skirt chaser
2:30 p.m. — 3800 block of South Tamiami Trail. Suspicious Person. A woman was inside a bookstore, when she noticed a man trying to look up her skirt and take a photo with his cell-phone camera. She said he got nervous when she confronted him and angrily asked what he was doing. The man kept repeating, “nothing, nothing,” as he ran out of the store.

Nov. 16
Curbside confrontation
9:40 a.m. — 3200 block of South Tamiami Trail. Incident. A woman dropping off her husband for surgery said a man began to yell at them for putting on their car’s blinker. He was so angry that he blocked the entrance to the surgical office and didn’t allow the husband, who was on crutches, to go inside. He then grabbed the wife’s arm and pushed her away. The man finally left the area but not before the wife noticed he was wearing a shirt from a local country club. Police called the country club and discovered there was someone who worked there who fit the description of the angry man. An officer questioned him about the incident, and he admitted he was angry that the couple had their blinker on when they shouldn’t have and said the husband gave him the finger. The officer told him he could not grab anyone in anger.

Nov. 20
Two scents’ worth
8:30 a.m. — 2800 block of Bay Shore Road. General Suspicion. A homeowner called police to investigate a strange odor. The man told officers that the smell seemed to be coming from a nearby construction site. Officers did detect a faint pesticide or chemical smell, but it dissipated after about an hour.

Neighborhood perv
2:20 p.m. — 2400 block of South Milmar Drive. Suspicious Person. A homeowner told police his 9-year-old daughter was playing in a tree in their yard, when a middle-age man stopped to take photos of her. The homeowner ran outside to confront the man, but he drove away. The father was able to get a partial license-plate number. He said the same man took photos of his daughter a couple of weeks earlier.

Nov. 21
Chain reaction
8:51 p.m. — 500 block of Golden Gate Point. Complainant said a neighbor’s toy poodle had been barking for a few hours and had caused other dogs in the condo complex to start barking.

Jeez, Mom!
1 p.m. — 1 block of Bayfront Drive. Miscellaneous. A woman reported that her son locked himself in his room on a 32-foot sailboat and refused to come out. She said he had just broken up with his girlfriend and was upset. When an officer knocked on his door, he opened it and said he was upset and just wanted to be alone.

Nov. 22
Appalling conditions
7:34 p.m. — 1800 Morrill Street. Negligent Treatment of a Child. A neighbor saw a 3-year-old boy wandering around an apartment complex without a parent and called police. Officers knocked on his mother’s door, and when she answered, she appeared to be groggy. Asked where her son was, she said, “Probably out on the back porch.” The officer told the mother her son was upstairs with the neighbor, and the mother said he must have crawled out a broken front window. The officer noticed shards of glass in the window and didn’t think the boy could have gone through there. The officer looked in the boy’s room. There was a beer can under his bed with beer and cigarette ashes in it. Human waste was smeared on the floor. The officer placed the boy in the care of the Department of Children and Families and arrested the mother.

Chocoholic
8:36 p.m. — 1300 block of South Tamiami Trail. Shoplifting. A supermarket customer was caught shoving a container of ice cream into her purse and trying to leave the store. She admitted her crime and agreed to appear in court. The ice cream in question? Ben and Jerry’s Chocolate Fudge Brownie. 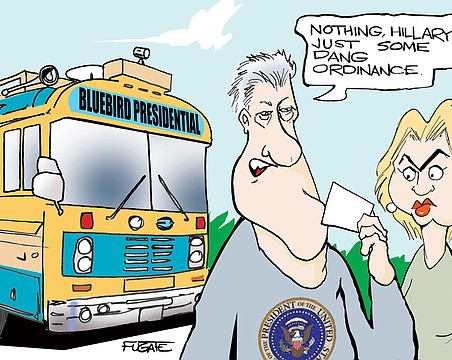 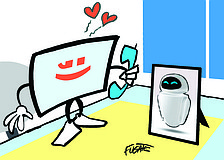