Manatee workers evaluate how to deal with major waterline break

The county still has 12 miles of similar aging waterlines that need to be replaced.

Although a break in a major waterline along Waterline Road near the Manatee County Water Treatment Plant was initially expected to be repaired by Jan. 8, Utilities Director Evan Pilachowski said the county continues to evaluate the best manner to proceed.

Pilachowski said initially, as the county uncovered the underground waterline, his staff anticipated a relatively simple repair that involved welding a band onto a leaking joint.

However, once the workers began cleaning and preparing the pipe for welding, it became evident that an entire section of pipe would have to be replaced, due to the leak being located along the pipe itself rather than at a joint.

Pilachowski said county workers are still evaluating the pipe and do not have a clear timeline at this point for when the repairs will be complete.

“As investigations continue, we are constantly taking in more information and determining the best way to proceed,” he said.

He said once the work is underway on repairs, the required time frame will depend on what method is used. He said there are different alternatives, for which discussion would be too speculative at this point, for how the county could safely handle the replacement of the section.

The first report of the break arrived when Manatee County issued a release Dec. 30 stating that some residents, especially those north of the Manatee River, would be experiencing discolored water, as well as lower-than-normal water pressure, as repair work began.

It said valves at both ends of the pipe had been closed to allow the investigations and subsequent repairs to take place.

Pilachowski said such issues are not always preventable, and are not related to the pipe having been built in the 1970s.

“It’s really just an issue that occurs sometimes,” he said. “We suspect, but can’t confirm exactly, what causes a leak.”

He said the leak is unlikely to be related to any type of project going on around the pipe. He said the county knows for a fact that no one had struck the pipe and that there was no digging in the area before the break was discovered.

However, he said the waterline, which is a prestressed concrete cylinder pipe, still differs from pipes such as the ductile iron pipe that have since become the industry standard, which means carrying out the maintenance will be more difficult.

He said with a ductile iron pipe, which he called a “pretty resilient piece of infrastructure,” workers can cut out a section, splice in another section, and insert repair couplings.

By contrast, the existing pipe, due to being built from concrete with a steel shell and reinforcing wires, is more vulnerable to damage.

About the waterline break

“It works really well when it's working, but as soon as you have to do a repair or replacement, it's a little bit more temperamental, and you have to take some precautions when you're working on it,” he said. “And so we are being very methodical in our approach to make sure that we don't go from a very small leak that we have there today to something more substantial.”

The county utilizes about 12 miles of pre-stressed concrete cylinder pipes, Pilachowski said, and has a project planned to replace them at an undetermined point in the future, but does not currently have funding in place.

Pilachowski said the discolored water some residents might encounter is still safe to drink.

The discoloration, he said, occurs due to a change in the direction of water flow as it is rerouted around the area of the repair. The alternate direction of flow, he said, may re-suspend sediments normally present in drinking water which accumulate in a pipe over decades.

He said concerns around contamination only apply to cases where sediment from outside enters into the pipe.

If service interruptions are necessary, the county will notify those affected, the most recent release said. It also said anyone who experiences an interruption of service without being notified should contact the county by calling 311. 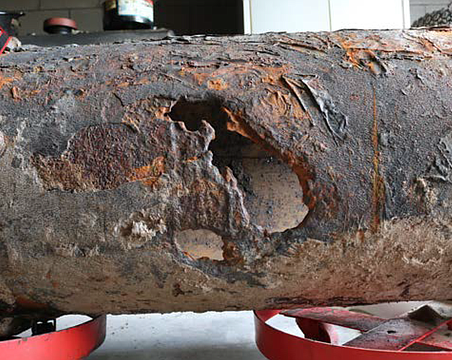 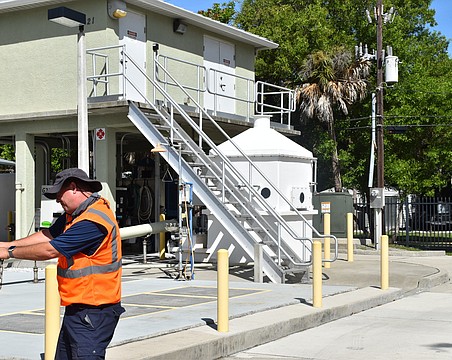 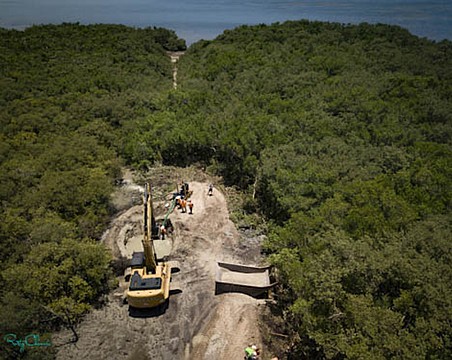 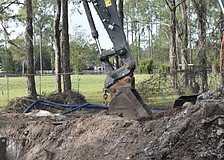 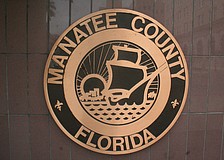 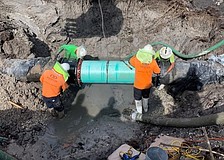 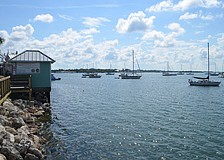