The Thursday series begins with a range of topics from scams to senior sexuality.

The Education Center at Temple Beth Israel is more than its name implies. One, it’s secular. Temple members are automatically given membership, but anyone can attend with or without a membership. And two, students don’t have to commit to traditional courses that run a full semester. The center offers one-of-a-kind lectures, discussions and concerts.

The topic got a little spicy on Jan. 5 to kick off the Thursday one-off series. Titled “Sex, Sexuality and Intimacy in the Senior Years: The Joys and Challenges,” the lecture was led by a panel of experts in the fields of marriage and family therapy, sex therapy, psychotherapy, urology and gynecology.

About 50 people attended in person and another 20 on Zoom. There was a Q&A but all questions were anonymous.

“This is the beginning of a conversation that needs to happen, and we really need to stop hiding the fact that we are sexual beings,” sex therapist Peggy Albano said. “We need to create a safe environment, which is what we did here, for people to be able to have a forum where they can talk about a very important part of their life.”

Kate Coopersmith has attended a few programs at the center on her own before, but this one, she was invited to by a neighbor. Both women are widows. Coopersmith’s husband died on Valentine’s Day last year after a three-year battle with cancer. She says he chose that day so she’d never forget it.

“(My neighbor) gave me the inspiration and the courage to go ahead and think about life instead of death,” Coopersmith said. “What brought me here was a determination to honor a long term, beautiful marriage by living instead of dying with him, which is what I did, and now I’m not.”

She called the female presenters brave. As a registered nurse for 40 years, now retired, Coopersmith said this subject simply wasn’t talked about during her education.

“It was very encouraging to me to have straightforward talk about this part of our lives, which is very precious because it has to do with relationships and living.”

Programs are scheduled for every Thursday in January. The next topic is how to avoid scams. Instructor James Goethe is a cybersecurity expert. The following week, area art critics will gather for a discussion called “The Art of Criticism.” A Q&A with panel members follows.

And finishing out the month is a bi-partisan discussion titled, “Is America at Risk from the Left or the Right?” Longboat Key Democratic Club member Robert Gary and self-described constitutional conservative Herbert Soroca will lead the discussion from opposing viewpoints.

In addition, the center offers Tuesday lectures, Friday concerts, Saturday workshops and Sunday showcases. In some cases, it’s an opportunity to experience what the mainland has to offer without having to cross the bridge. The annual performance by the Westcoast Black Theatre Troupe is one of the center’s most well-attended events. 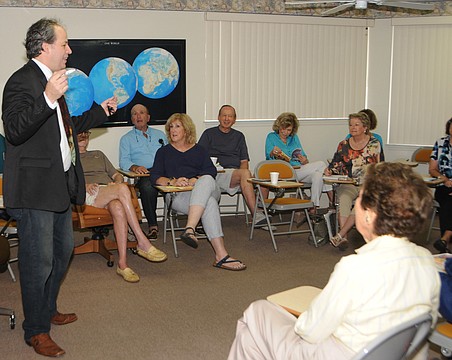 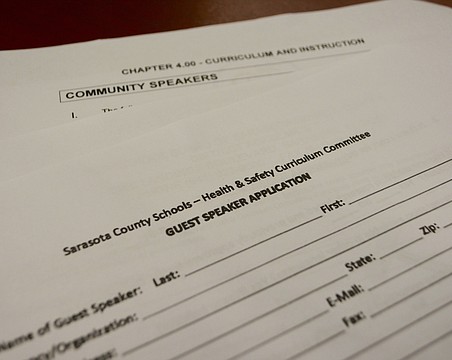 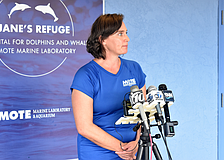 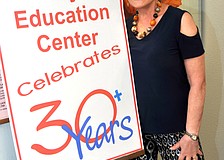 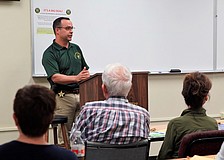 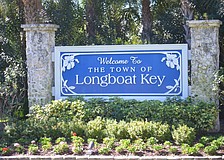 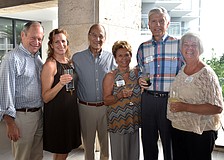 RCLLA heads to The Paradise Center