John Patti celebrates the holidays with an unexpected instrument in his Calyp-Soul Christmas show.

John Patti can still remember where he found his lifelong passion, and he couldn’t have been much older than eight or 9. He found the steel drum, the instrument he would spend his life trying to master, at a theme park feature named for a connoisseur of garbage.

“The first time I actually played it was at a theme park in Pennsylvania called Sesame Place,” says Patti, who will be headlining at the Manatee Performing Arts Center on Tuesday night. “In the little Lazy Susan area, in the middle, there was a spit of land called Oscar’s Trash Cans. They had old steel drums there, and that was the first time I even played a couple of notes.”

For Patti, who has been based in Sarasota for more than 12 years, it was the start of something big. He got a drum set months later and made a life of it, teaching himself his own style of the steel pan technique by ear listening to Jimmy Buffett records.

His first big break came as a teenager in 1998 when he was invited to play at a convention in Key West, and two decades later his art is still going strong.

“I went from beating on the backs of couches and tables and chairs to making something of it,” he said last week before playing a trio of shows at the Margaritaville resort in Cancun, Mexico.

“It started out as a hobby and turned into a real career.”

Patti’s show, "A Calyp-Soul Christmas," brings his brand of island-infused jazz and blues to bear on holiday classics and standards. He’ll be joined by featured vocalist Nadirah Shakoor and guitarist Roger Bartlett, both who have toured extensively with Buffett, as well as percussionist Melanie Howe and a trio of players — bassist Chris Guertin, drummer Pat McDonald and keyboardist Robin Swenson — from Sarasota band Kettle of Fish.

“When you’re putting a group together that doesn’t play all the time, it’s a lifesaver to have guys that work together often,” says Patti. “You’ve already got that built-in chemistry.”

But it’s Shakoor, nominated for a Grammy for her work with hip hop group Arrested Development in the 1990s, that Patti has worked with the longest. Shakoor has worked as a backup singer with Buffett’s band for decades, and Patti said she’s been a mentor to him.

“We’ve been working closely together for about 12 or 13 years. …She has such control and such a warm sound to her voice,” he says. “We just have a great connection, and she’s kind of taken me under her wing. …She’s always so gracious with her time and talent as far as being part of my projects and in bringing me on to shows all over the country. We played the New Orleans Jazz Festival and a bunch of things up and down the coast and out in Texas.”

Guertin, who also plays in local band The Monsoons, has played the Calyp-Soul Christmas on multiple occasions with Patti in the past. Patti said that Guerin serves as his de facto musical director when he can’t translate the concepts he wants to get across to the rest of the band.

“A lot of the people come from the North down here for the holidays and they really want to embrace that island feel. Beach life,” says Guertin. “That fits in with all the locals who live here because they love that too, and all the tourists want to come and see it. It’s really fun.”

The bulk of the show is made up of Patti’s album, "A Calyp-Soul Christmas," but he tries to change up the songs and add new elements to the act. And always, he tries to get people as enthusiastic about the instrument as he was when he first heard it as a kid.

“I demonstrate the history of the drum, and I show what it can do by playing classical songs on it,” he says. “It’s just a different style that you wouldn’t normally hear with the instrument. It keeps people coming back, and to be able to grow with it here in Sarasota is phenomenal.”

Patti will also be playing on Jan. 7 at The Players Centre for Performing Arts. 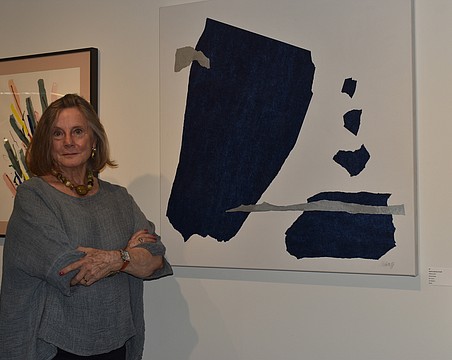 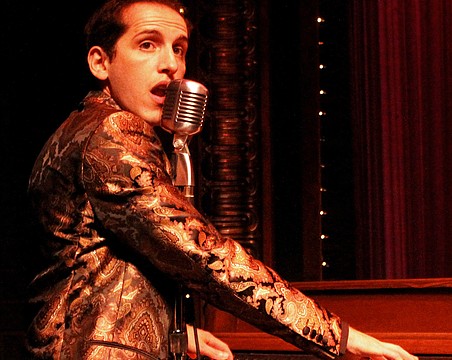 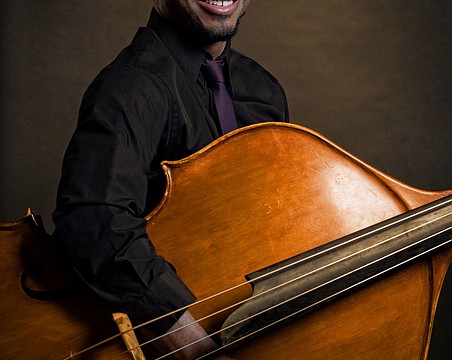 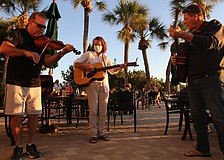 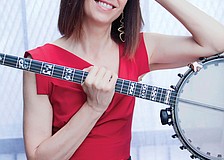 Pluck be a Lady 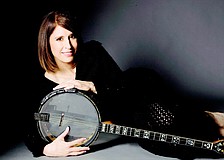 Jazz musician returns to Sarasota with a twang 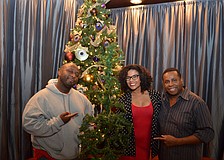 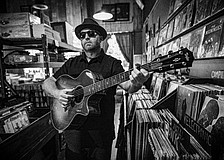