Ready for the opening bell in Lakewood Ranch

When Mona Jain Middle School opens Aug. 12 for the next school year, the promise is that it will stand out as a cutting-edge school not just in the entire county, but the state, too.

Incoming teacher Brittany Devlin, who was taking a tour through the school last week, said her sixth-grade science classroom was absolutely beautiful because of the bright colors and lighting. She said she also loves the layout of the new school.

It is not surprising that Devlin was excited. Nathan Carr, the project manager for school builder Willis A. Smith Construction, said the science classrooms will have the first science classroom technology installation of its kind on the grade school level in Florda.

The classrooms are divided into tables that can accommodate  four or five students, who will be seated at stools. Each student station will have a video monitor, and each student will be assigned a laptop at the station. Teachers can show the students what they need on their own instructional video monitor at their desk or they can choose what is displayed on the monitors at each student station.

If a student is doing something the teacher wants to share with the rest of the class, the instructor can bring it up on all the other monitors.

Devlin said she’s excited about that kind of technology.

“There are so many things I can have the kids do,” she said.

The school’s layout will be different than previous schools built by the district. All educational facilities are in one building, which features what staff members refer to as “the mall.”

The mall features a large, ground-floor hallway and a second-floor mezzanine that looks over the covered mall, which breaks up the sixth-grade, seventh-grade and eighth-grade wings.

Carr also noted the school is designed with an emphasis on safety, which includes one main entrance for the building. Staff members can enter directly into the building, but visitors must be buzzed in after being recorded by a video system. All doors into the school remain locked and must be unlocked by somebody at the main office.

The building, though rated for a 160 mph winds, is not designed to serve as a hurricane shelter, for it does not have a generator or a generator hookup, Carr said.

“This building is perfectly safe,” he said. “If there were a tornado, I’d come here.”

Staff members are excited beyond the physical spaces.

“When I was a kid, this was nothing but cow fields,” she said. “I just feel blessed.”

The 162,000-square-foot space will house sixth through seventh graders in the first year, said Principal Angela Hodges Lindsey. That will be about 650 students.

In its second year, the school will also accommodate eighth graders, Lindsey said, bringing the total number of students to about 850, though the school has a capacity of more than 1,100.

“We have a great group of teachers and staff and we’re ready for our kids,” Lindsey said. 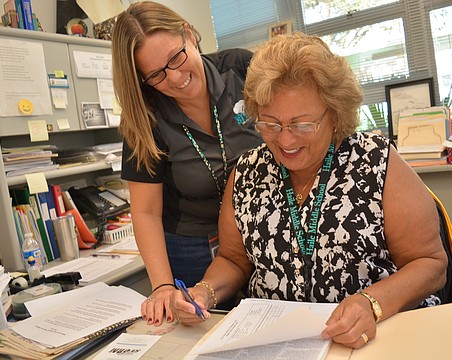 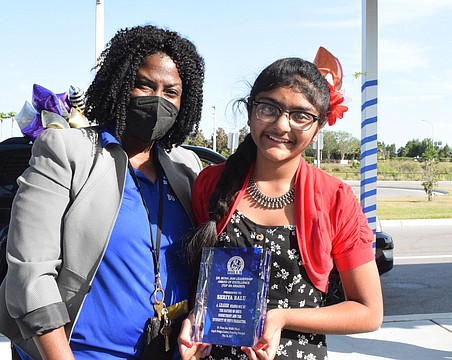 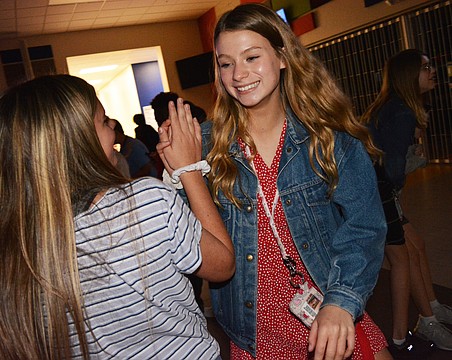 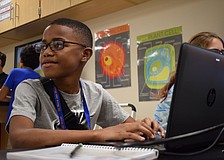 Technology brings class to the future 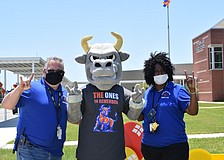 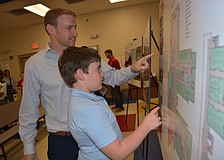 Lakewood Ranch to get school of the future 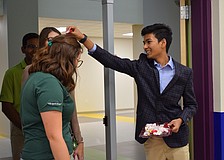 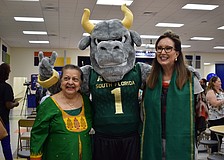