A divided commission voted 3-2 to implement staff recommendations on parking policy, which includes plans to bring back on-street paid parking.

Parking meters are coming back to downtown Sarasota — at least, that’s the plan for now.

The City Commission today voted 3-2 to approve a series of staff-recommended parking policy changes. The decision authorizes the city to begin the process of implementing on-street paid parking on Main Street and Palm Avenue no later than May.

The City Commission approved the following staff recommendations regarding policy:

The vote is the latest step in the city’s lengthy consideration of how to manage its downtown parking supply. It comes seven years after the city last installed parking meters downtown, and six years after the city removed those meters in response to negative feedback. In 2016, the commission approved a strategy that included on-street paid parking. In 2017, the board voted not to proceed with implementation of those plans.

Although the commission remained split on the best path forward, a narrow majority saw on-street meters as a necessary step to address the annual deficit in the city’s parking fund. In the most recent city budget, the fund ran a $633,912 deficit, which required a $230,000 general fund subsidy.

Vice Mayor Jen Ahearn-Koch, who supported the proposal, said she struggled with the notion of installing meters downtown. Ultimately, she agreed with staff’s suggestion that a user fee was more appropriate way to fund parking compared to a general fund subsidy.

Representatives for the Sarasota Downtown Merchants Association spoke at today’s meeting opposing the staff proposal. Members of the merchant group are concerned about the effects meters will have on business activity.

Chip Beeman, owner of Pastry Art Café and Main Bar Sandwich Shop, said downtown businesses are already struggling because of the effects of various construction projects in the area. He said many stores and restaurants suffered the last time the city installed parking meters.

“We do know here in this downtown area, lots of people lost lots of money,” Beeman said.

Parking Manager Mark Lyons argued the changes would provide benefits for downtown merchants. He said industry standards recommend against having more than 85% of parking spaces in a block filled, because that makes it difficult for visitors to find a spot. He said higher turnover would spur business activity, citing authorities including retail planner Robert Gibbs.

“We truly, honestly believe that once we have an initiation period, our businesses will have better numbers,” City Manager Tom Barwin said.

Some downtown stakeholders appeared at the meeting to support the parking meter proposal. Eileen Hampshire, owner of Art To Walk On and Downtown Improvement District board member, served on the city’s Parking Advisory Committee. She said she’s one of several Palm Avenue merchants who would welcome the addition of on-street paid parking.

“How could you look at other sophisticated cities that are doing this very successfully and not think it’s a good idea for Sarasota?” Biter said.

More support for downtown meters came from St. Armands Circle stakeholders. The city already plans to install parking meters around the Circle to pay for a parking garage project in the area. St. Armands businesses, property owners and residents have said they only accepted the meter proposal because staff said on-street paid parking was coming citywide.

Today, that group sees the implementation of downtown paid parking as a necessary step to put both areas in an equitable position.

Even as the city proceeds with plans to phase in meters, Lyons said most downtown spaces would remain available free of charge. Under a plan presented to the commission in 2016, on-street metered parking would represent 11% of the total downtown parking supply.

Commissioners Hagen Brody and Shelli Freeland Eddie voted against the recommendations. Both commissioners said they did not think downtown is ready for paid parking and questioned whether the board had thoroughly vetted staff’s plans.

“At some point, I think this conversation will be more appropriate,” Brody said. “I’m not saying never, but we’re just not there yet for downtown.”

The majority of the commission found staff’s presentation compelling enough to support — and expressed optimism parking meters would be a successful venture for downtown Sarasota this time around.

“If I go somewhere, I want to know I can find a parking space,” Alpert said. “If I think I can’t find parking, that’s going to deter me more than if I’m going to have to pay something to park there.”

DID votes against meters 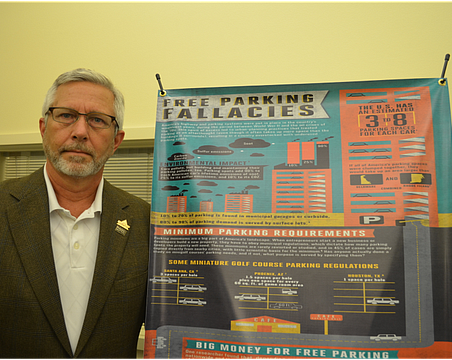 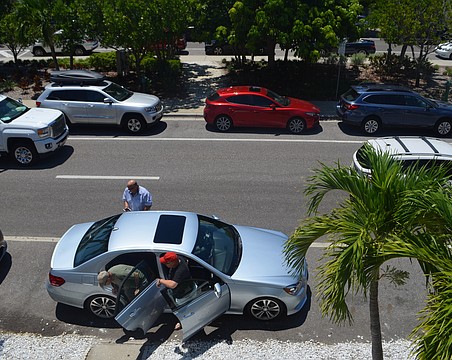 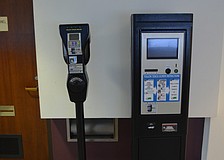 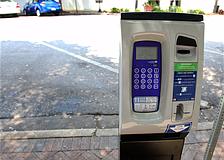 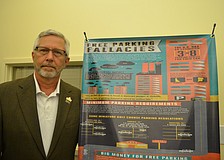 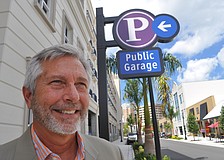 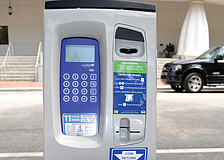