Magan Carroll throws in some personal style on the tightrope.

Magan Carroll throws in some personal style on the tightrope.

Marissa Slattery makes her way across the tightrope.

Marissa Slattery makes her way across the tightrope.

Brianne Gamelin gets some help from Anthony Congnon.

Brianne Gamelin gets some help from Anthony Congnon.

Sofia Karbib throws up her hands after completing the tightrope.

Sofia Karbib throws up her hands after completing the tightrope.

Campers walked a fine line — a tightrope, actually — at the Sarasota Christian School Circus Camp. For a week children from kindergarten to sixth grade ran away with the circus. The goal of the camp was for students to learn the art of circus performing led by Sarasota Christian School teacher and former circus performer Bonnie Shine. Shine also enlists the help of hand-balancing professionals of Duo Romanesc, Anthony Congdon and Ian Laidlaw.

Among the activities that campers learned were the Spanish web, an aerial circus skill that required them to climb a rope suspended in the air and spin while performing. Children also learned juggling and how to build a human pyramid and enjoyed carnival games. The theme even extended to snack time, which featured popcorn and circus animals crackers.

At the conclusion to camp, parents watched a performance of the new skills campers learned. The last day of camp this season was July 10. 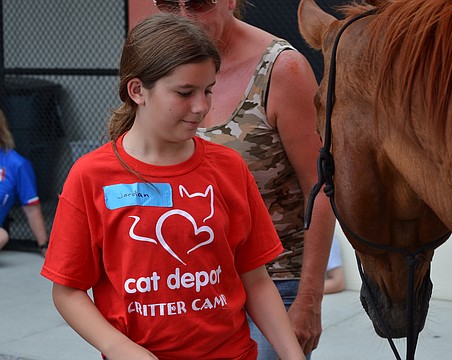 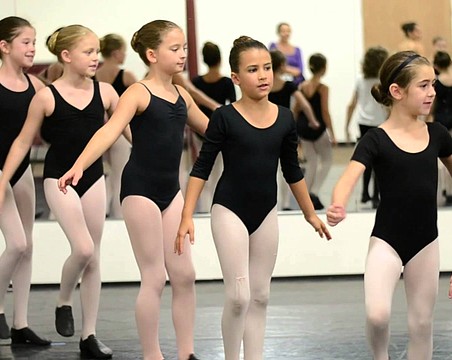 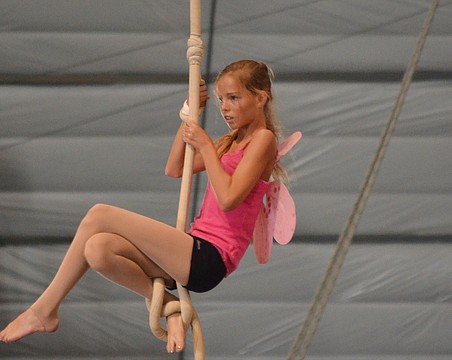 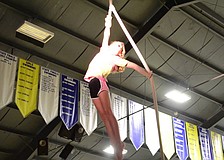 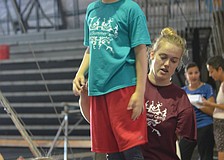 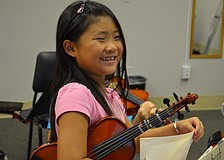 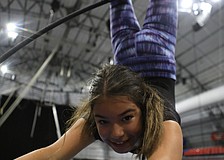 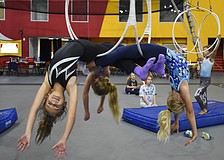 Summer at the circus