Round up all of them. Keeping a dozen males won’t change this fact: They’re a nuisance.

While our federal officials and military complex try to confront the crises and challenges of ISIS-inspired terrorists, much closer to home, we have our own  terrorists and axis of evil.

Longbeach Village residents and Longboat Key officials are finally building the resolve to face the existential threat that has been tormenting Longboaters for decades: the peacocks.

Kip O’Neill’s story last week in the Longboat Observer surely hit home. As she told Senior Editor Kurt Schultheis, thanks to the Village’s beloved (and hated) pea fowl, she has paid to replace the roof on her home, repainted her car twice and this spring replaced her mailbox, the result of peacock gawkers running over it.

Now multiply that by hundreds of Village residences and residents for roughly a half-century. The poop; the destruction of gardens, lawns and cars; the incessant squawking. They’re like deer in the Carolina or Colorado mountains — cute,  wildlife novelties at first, then nothing but nuisances.

But over the years if anyone seriously attempted to rid the village of these not-so-fine feathered friends, their defenders squawked — and the birds won reprieve. At one time, Village residents ran one of their neighbors out of town for shooting at and killing one of the birds. The most that has occurred to confront these terrorists was a culling — every few years a group of residents would conduct a roundup to thin out the flock.

But they just keep multiplying.

Enough. The peacocks may be beautiful when they fan their feathers, but that’s about it. Their value to the well-being of Longbeach Village residents and Longboat Key is zilch.

So how to “degrade and destroy” these Village terrorists?

Some, including Longboat Key Commissioner Pat Zunz, who lives in Lands End, want to keep up to a dozen male peacocks and hire trappers to remove the estimated 138 other birds. But why leave any of them behind? They won’t miraculously change their habits and become lovable enhancements to the Village.

Ship all of them out.

You can imagine the arguments in favor of the town taxpayers paying for the birds’ removal: It’s not really that much money, $10,000, plus or minus. Or, the health, safety and welfare of residents are a responsibility of the town government. Or, if the Town Commission adopts an ordinance ordering the birds’ removal, commissioners will deflate and sidestep inevitable neighbor-against-neighbor confrontations in the Village — those who like the birds and those who hate them.

But if the town covers the cost, commissioners will slide down that proverbial slippery slope. You know what will be next: Other neighborhood groups will petition the town to pay for an all-out culling of raccoons. The next target will be the thinning out and removal of the geese population proliferating in Bay Isles. Before you know it, taxpayers will be funding in perpetuity another budget line item and department: critter control.

Ideally, Longbeach Village residents would pay for the peafowl deportation. But it’s probably safe to say most Longboat residents would support the town government formally taking on the job of critter control.

Gov. Rick Scott demonstrated decisive and smart leadership last week when he ordered the Florida National Guard commanders to increase the protection of and arm the state’s National Guard recruiters — including quick approval for licenses to carry weapons.

This is in contrast to the typically bureaucratic, weak-knee, PC response from the Pentagon, whose Army chief, Ray Odierno, made the ridiculous statement:  “I think we have to be careful about over-arming ourselves …”

Give our soldiers the guns they need. 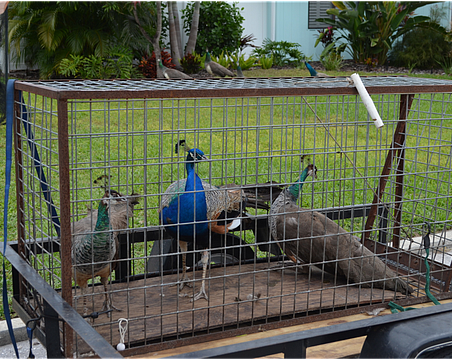 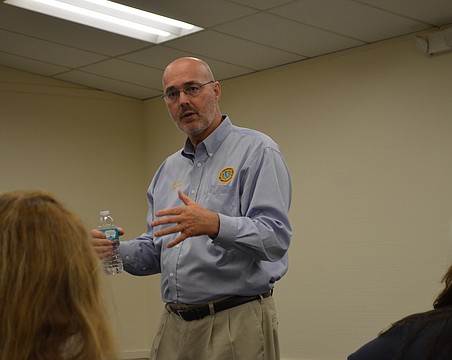 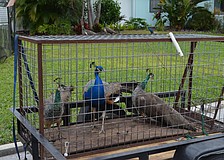 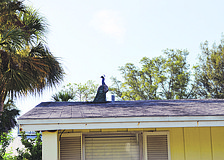 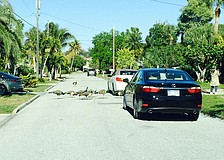 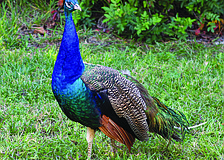