When you see Phil King on the scene, attending one charitable fundraiser after another, or even at work at the Glasser-Schoenbaum Human Services Center, you notice his dress.

It’s always crisp — a stylish suit and vest; starched dress shirt; stately, patterned or colorful silk tie and matching kerchief; hair and mustache groomed; shoes shined. A man of distinction and accomplishment.
But looks can deceive. At Glasser-Schoenbaum, where the less fortunate team around the campus for food, health care, counseling and comfort, King is one of them. He’s among his people.

He has never forgotten.

Which, King will acknowledge, helps explain, in part, why he thrived from 2009 to 2014 as the first CEO of Glasser-Schoenbaum and successfully guided the center as its founder, Dr. Kay Glasser, wished when she chose him to succeed her.

King, 67, will be honored Friday, Nov. 14, at a gala dinner, appropriately dubbed “A Fashionable Evening — a Tribute to Phil King,” at the Hyatt Regency Sarasota for his accomplishments.

“We are all a product of our environment,” King said in an interview last February, when he formally announced his retirement as Glasser-Schoenbaum’s CEO.

One of his grandfathers was illiterate. His father went as far as the eighth grade; his mother made it to 10th. The Kings lived dirt poor in Campbellsville, Ky., subsisting on the cash from a small patch of tobacco and his daddy’s job at the local building supply company. They had no indoor plumbing until King reached junior high.

King attended a two-room schoolhouse, where one of the lasting memories was that of Miss Taylor, who used to whip poor Rita Wilson on the back for not doing her homework. King felt badly for his classmate and would often give her his baloney and cheese sandwich at lunch to supplement her daily gruel of cornbread and biscuits.

He also knew, after watching TV in his rural Kentucky home, there was another world, one better than being a sharecropper or the factory worker his father wanted him to be. TV inspired him. “I wanted to live differently,” he said.

King graduated from high school and joined the Air Force, spending 15 months of his tour in Taiwan. “It was the best thing that ever happened to me,” King says.

When he left the Air Force, he decided to become a teacher. He graduated with a degree in education from Anderson College, a Christian fundamentalist school (“like going to Rome,” King says) between Indianapolis and Muncie, Ind.

His timing was bad. Teachers were plentiful, the jobs were not. He landed a job as a customer service specialist at F&R Lazarus & Co.’s first department store in Indianapolis.

“I learned to sell, sell myself and how to treat people,” King says. When he left Lazarus, he was managing 13 departments at the store. He wanted more.

He worked part-time while earning a license to become a hair stylist. At age 26, he was earning $50,000 a year, mostly by way of commissions. With a small bank loan and his savings, he bought a salon in tiny Noblesville, Ind. For the next 16 years, King says, “I did it all. I worked my ass off.” The business doubled.
He added a spa and also worked as an image consultant, teaching clients how to dress and speak in public.

At age 52, three years earlier than he planned, he sold the business and moved to Venice, ready to do nothing for the first time in his life.

That plan didn’t last long. He started volunteering, finding his way to Kay Glasser’s human-services campus in north Sarasota. “Sweet and tough,” King says of the tiny Glasser. “She was a little intimidating, a little powerhouse.”

Glasser took a shine to King, eventually coaxing him to take a seat on the center’s board. And before he knew it, King became Glasser’s handpicked successor — as well as friend, one of her closest confidants and caretaker at the end of her days.

“He was the right man at the right time,” says Veronica Brady, senior vice president of philanthropy at the Gulf Coast Community Foundation.

“Kay realized his contact with people was such a beautiful connection,” says Betty Schoenbaum, one of the center’s namesakes and board member. “She was so wise to pick him.”

As CEO, King brought his business acumen to the center, putting a management infrastructure and financial discipline in place. With 18 human-service agencies and 10,000 clients per month, it needed his guidance. “Kay saw that I was frugal,” King says.

Equally important: He could raise money. “He branded it and elevated its image in the community,” says Schoenbaum.

King had another essential attribute. “He carried on the incredible commitment that Kay and Betty (Schoenbaum)had for the organization,” Brady says. “You remember how passionate Kay was. That was Phil.”

Adds Michael Pender, a longtime board member of the center: “He cemented Kay’s legacy. He knew what her passion was and was able to carry that forward.”

“My little chickens,” King says of Glasser-Schoenbaum’s clients. “I truly care about the people.”
He grew up with them. 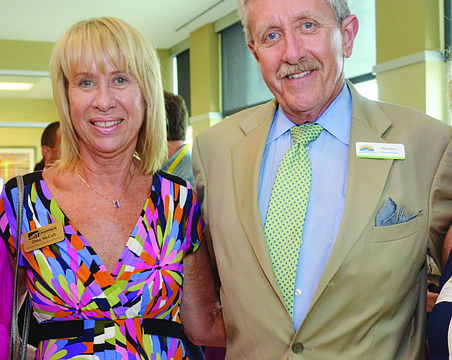 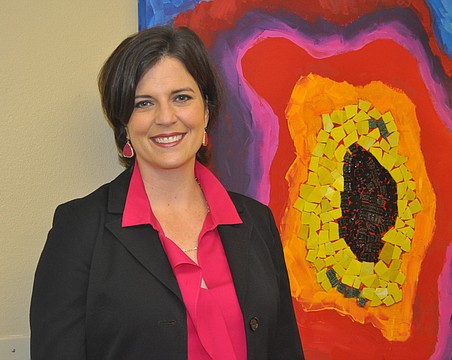 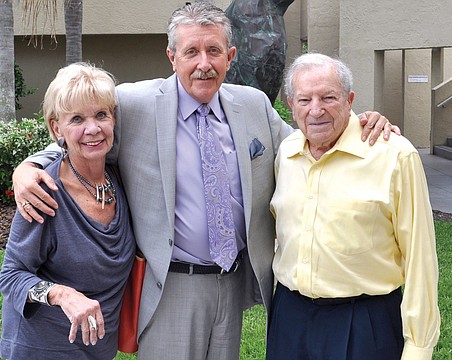 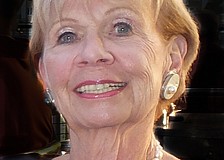 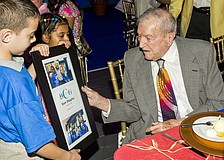 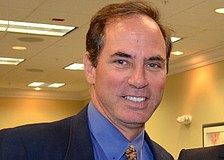 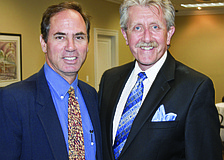