Detwiler's to expand to East County

EAST COUNTY — As Henry Detwiler Sr. walks through the market that bears his name, he can’t help but think about his grandfather.

As he approaches the store’s ice cream shop, he swoops down to collect two stray strips of paper and deposits them into a nearby trash can.

“Grandpa said, ‘Act like the boss. Pick up the trash.’”

Over a lifetime of working in and out of the produce industry, Henry Detwiler Sr., owner of Detwiler’s Farm Market, knows a thing or two about selling groceries.

Raised in Pennsylvania, he started selling produce from a roadside stand at his grandfather’s farm when he was 16 years old.

“I always liked selling better than farming,” Detwiler said. “My mom says I don’t know which end of the hoe to hold.”

Still, Detwiler’s appreciation for agriculture, commitment to hard work, good customer service and the value of providing affordable food to the masses translates into a business plan he hopes will produce even more success.

After adding a new location in Venice last year, Detwiler last week announced plans to expand to the East County with a third location.

The new store — located in the old Sweetbay grocery space in the Parkway Collection Shopping Center at the southeast corner of Lockwood Ridge Road and University Parkway — is three times larger than the grocery portion of his original Palmer Boulevard storefront.

Detwiler’s will occupy about 27,000 square feet of the overall space, which it will share with Miller’s Dutch Haus Furniture, a seller of handcrafted hardwood products, which will occupy the remaining 17,000 square feet. He hopes the location will retain the farm-market/old store feel of the other locations.

He and family members hope to open the store by Dec. 1.

“My boys think I can get it done,” Detwiler said, shaking his head. “Right now, I look at blueprints all day.”
Detwiler says he’s not worried the space could be too big.

“One of the reasons (we opened a store in Venice) was to pull pressure off this store,” Detwiler said. “We’ve just gotten busier at both our stores.”

At the new location, Detwiler plans to have a bakery and open a butcher shop, where, ideally, the store would make its own sausage and other products.

“I grew up in a butcher shop,” Detwiler said. “I learned to cut meat before I could walk, well, almost.”

He adds: “It would be fun to start retailing meat — sausages, bolognas. I’d have to get old for that to happen.”

At the new location, Detwiler also plans to increase his offerings of specialty foods, such as drinks, bulk items and products made with organic or alternative flours.

“If I had it my way, we might not use anything but organic flour in the future, but that’s two to three years away,” Detwiler said. “The cost is more.”

Just this past Saturday, Detwiler’s Sarasota store had 1,829 transactions and the Venice store reported 1,759 transactions.

“It gives you an idea of the sheer volume we do,” said accounting representative Jewel Campbell.

Detwiler predicts he may need a fourth location in the future, and if his four sons — Sam, Henry, Caleb and Josh — have anything to say about it, there will be at least five more locations opening in future years.

Detwiler said he has to remain focused as growth talks continue for his company.

“We don’t know; God knows about that,” Detwiler said. “We’re just trying to be faithful. It can’t be everything today.”

About Henry Detwiler
Henry Detwiler Sr. grew up in Pennsylvania to a farming family. He learned to cut meat, grow plants and sell produce all before he had his driver’s license.

He and his wife married in 1985 and moved to Florida in 1986. Detwiler worked in the construction industry until he moved to Farmville, Va. in 1996. He started selling produce and Amish furniture outside.

Three years later, he moved back to Florida to do landscaping.

And so, in 2002, he informally started Detwiler’s Farm Market under a 10-foot-by-20-foot tent at Sutters Egg Farm, in Sarasota. As the market grew, it relocated to a stand at Fruitville Grove Farm Fresh Market, off Fruitville Road, before moving to its permanent 5,000-square-foot facility at 6000 Palmer Blvd., Sarasota, about six years ago.

“That’s where we learned to sell produce inside,” Detwiler said of the Palmer location. “We added seafood; we try to get the freshest.” 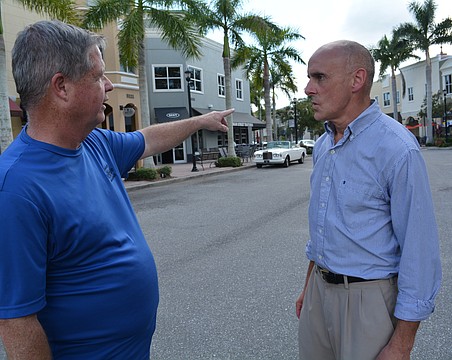 New market will be berry particular 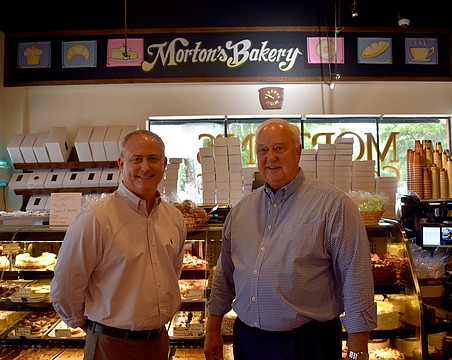 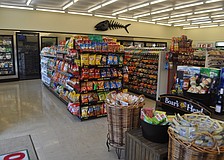 Businesses stock up for Publix closure 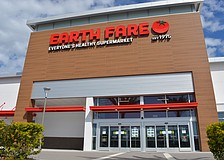 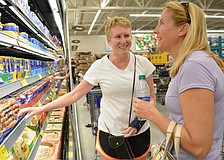 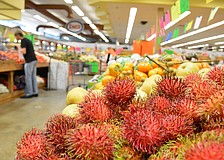 In the bag: A new grocer at UTC 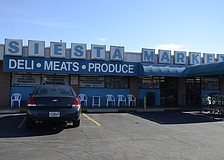