Oct. 10
No shirt, no shoes …
12:28 a.m. — 1900 block of Hillview Street. Trespassing. A nightclub patron began to hassle other customers and was asked to leave. He did, but then returned later and began bothering people again. Employees asked him to leave once more. This time, he refused. He took off his shoes and starting arguing with the employees. Police were called. An officer tried to get the man’s side of the story, but the man yelled and cursed at the workers and ignored the officer. He finally calmed down and was issued a trespassing warning.

When nature calls
2:14 a.m. — 10 block of South Tuttle Avenue. Suspicious Person. A convenience-store clerk said a customer came inside to use the restroom four times. He sat in his car for a while, then came in to use the bathroom.

Fish story
9:08 a.m. — 500 block of South Pelican Drive. Criminal Mischief. A man walked out of his house to find someone had poured dead baitfish against his home. He suspects his neighbor’s sons, because he’s had a running dispute with them about them riding ATVs in his yard. The neighbor’s house had a fishing pole on it, but no one was home when the officer knocked.

Oct. 11
Bin there, done that
7:17 a.m. — 3100 block of Bay Shore Road. Suspicious Incident. Someone reported that a young man on a bicycle was taking aluminum cans out of recycling bins on the curb and placing them into a large trash bag.

Learning curve
10:20 a.m. — 1 block of Ram Way. Battery. A high school senior said a teacher hit her in the face with some papers, so she struck the teacher in the back of the head. The student was arrested. A sheriff’s office report said it was not the student’s first arrest.

Divine donation
10:28 a.m. — 2500 block of South Milmar Drive. Suspicious Persons. Police were called because a group of four men and women were carrying Bibles through a neighborhood and asking for donations for “Church Goodness.”

Just a trim
11:26 a.m. — 4500 block of Clark Road. Petit Theft. A hardware-store manager reported that someone had stolen a hedge trimmer from a shelf.

Road rage
4 p.m. — 5500 block of Waneta Place. Suspicious Incident. A woman bought a used BMW and had a mechanic look it over. He said it was in good condition with no body damage. Later that evening, she went to bed. The next morning she noticed two large dents in the door, a scratch on a quarter panel, and a rear window would not go up. She thinks her boyfriend caused the damage, because he was jealous she had a new car. The boyfriend was not listed as a suspect, though, because the woman did not witness him driving the car.

Oct. 12
Howdy, neighbor
10 a.m. — 1200 block of Highland Street. Dispute. A woman called police, because she said her neighbor yelled obscenities at her. The woman also said that others are conspiring against her by cutting her fence and poisoning her plants. The officer spoke to the neighbor, who said she was in her backyard watering her plants when the woman came home. The neighbor said she didn’t say a word to the woman. She then became angry and said she wanted the woman arrested for harassment. The neighbor said she might sue the woman for repeatedly calling police on her.

No good deed …
1:11 p.m. — 2700 block of Noble Avenue.Suspicious Person. A homeowner said her fiancé gave some assistance to a homeless man, and now that man refuses to leave her home. She said she’s scared of him. 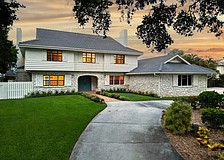 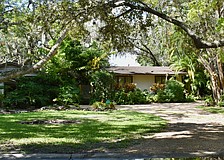 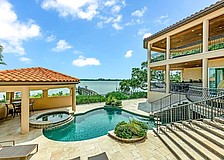 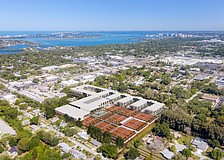 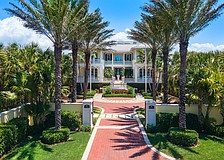 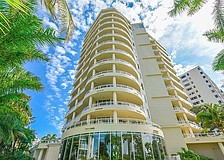