Sea turtle tagged by Mote to be released in Dry Tortugas

A loggerhead sea turtle tagged by Mote Marine Laboratory will be released Tuesday in the Dry Tortugas, in the Florida Keys, after being bitten by a shark.

Mote officials tagged Wham, an adult female turtle, with a satellite transmitter when she nested on Casey Key. She migrated south, an according to the satellite transmitter, stopped near Cuba. Eventually, she drifted back to the Dry Tortugas National Park, where park staff found evidence of a recent shark bite.

“We’ll keep a close eye of Wham after she’s released,” said Tony Tucker, manager of Mote’s Sea Turtle Conservation and Research Program, in a prepared statement. “Satellite tags are revealing the secret lives of turtles during three separate phases: within the nesting season, during their migrations and at the feeding grounds. These daily diaries can often give special insight on the natural and human influences they face in the wild. In Wham’s case, the tracking map at www.seaturtle.org enables the public to follow her return to the wild after a successful recovery at The Turtle Hospital.” 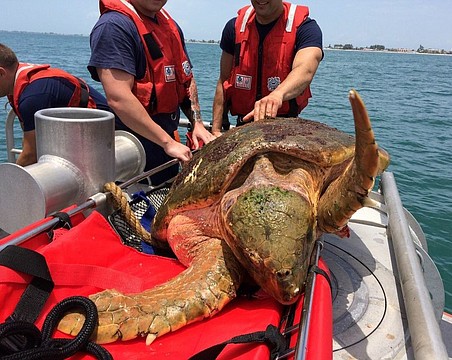 Mote asks public to look out for turtles after rescues 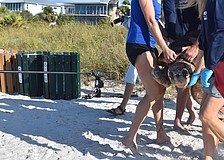 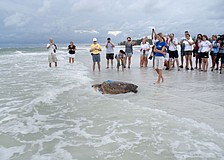 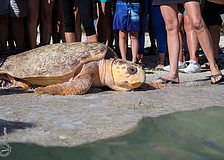 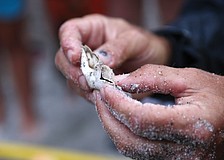 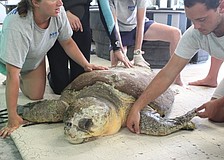 Mote-rescued turtle will be released Monday