Braden River High School students had a chance to express their creativity in a variety of ways during the school’s first Arts and Communications Academy Week April 20-24.

The week began with the premiere of student-produced videos. Most of the participants were in Abby Toole’s TV Production class, and if they weren’t, they had friends who were. The videos represented a variety of genres, including short film/spoof, documentary, news and interviews, and music videos.

“They could work on their videos in class, but entering the competition was optional,” Toole said. “I was very proud of them. They all did an awesome job.”

Christie Childers, Tiffany Steel and Jericho Williams showed a video called “Teen Driving,” which was a series of clips of Williams dancing to popular songs. The spoof was the biggest hit among people in the audience, winning Audience Appeal.

“The girls made me do it,” Williams said.

The week continued with Braden River’s first Poetry Slam April 22. The reading consisted of two rounds for which students signed up and volunteered to read their poetry. Tim Lim and Lauren Bucchino, both seniors and Slam Masters, helped teacher Jennifer Dobbs keep track of attendance and scores from a selection of judges for each round. Bucchino assisted Dobbs at Lakewood Ranch High’s Poetry Slam in previous years.

“I was in the Poetry Society with Mrs. Dobbs at Lakewood Ranch, and we had so much fun,” Bucchino said. “I think we’ve never done it here before because people are too afraid to read their poems.”

“It’s definitely a student-driven program,” Dobbs said. “It promotes literacy, and it’s possible for us to do it four times next year. It could happen.”

Sophomore Stephanie LeFever won first place and is now Braden River’s Poet Laureate. LeFever recited her poem “The Bottle,” which was about an abusive father from the perspective of his daughter. As she was the overall winner, she will take over the future Poetry Slams with Dobbs.

“It was inspired by a very important social issue in today’s world,” LeFever said. “When I write a poem, I want it to make a statement or impact on someone. When someone tells me my poems give them the chills, it means the world to me. It’s just something that comes easily for me. It’s a great way to express different emotions or something you believe in.”

The week culminated with a performance by the Sarasota Orchestra April 23. Conductor Dirk Meyer said the concert was part of orchestra teacher Kathy Cook’s Music Teacher of the Year award.

This is Meyer’s third season with the Sarasota Orchestra during his 13 years of being a conductor. Now, he works with more than 50 musicians in the Great Escapes: Night and Day series where they play around six different pieces for an audience.

“We play the same songs for different audiences,” Meyer said. “We didn’t change the songs for Braden River because they’re all a part of the Great Escapes series.”

All of the songs carried water themes, and most were from movies such as “Moon River” from “Breakfast at Tiffany’s” and “My Heart Will Go On” from “Titanic.”

“It was really great,” junior Alex Fletcher said of the concert. “I watched the entire thing, every musician, and every instrument.”

“I was really inspired by all of it,” she said.

Meyer said he and his musicians also enjoyed the experience of performing at Braden River.

“It’s always great to play for students,” he said. “It was definitely worthwhile.” 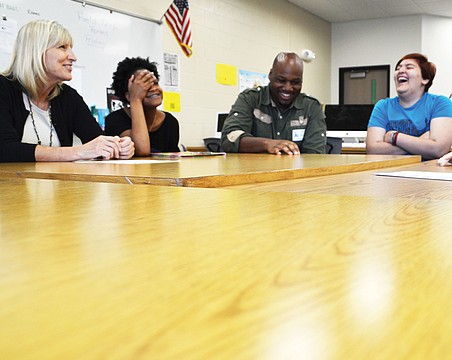 The Power of Poems

New Gate student clearly has a way with words 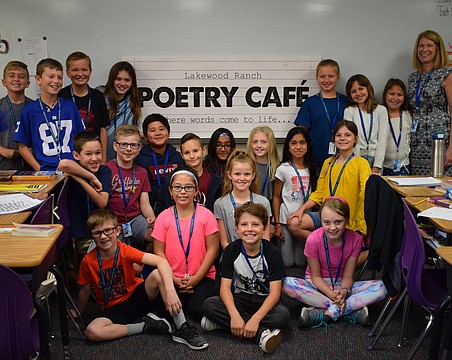 A place for poetry 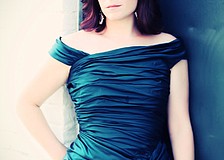 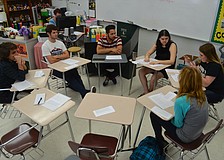 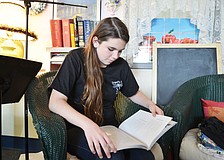 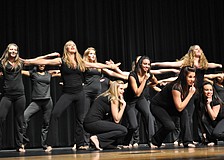