MANATEE COUNTY — The camraderie was unmistakable.

As Tom Hennessy walked through the door of the fire station, he could not contain a smile. Neither could the firefighters who greeted him.

“Hi chief!” they called, barely getting the words out before Hennessy strode across the entryway and reached out to shake each hand he saw.

Each moment like this one is special, especially since the Mill Creek resident will be resigning as chief of the Southern Manatee Fire & Rescue District June 12.

“I didn’t know the emotion that would go with the decision to retire,” he said. “It was 30 years (ago that I became a firefighter). I remember it like yesterday.”

Hennessy and his wife, Pam, had moved to Florida from Brooklyn in 1979 and were living with friends at the time. Out of high school, Hennessy had driven a tow truck, but he had not found work in Sarasota before coming. A television commercial seeking firefighters piqued his interest, and soon a friend helped him land a job with the fire department at what is now the Sarasota International Airport.

The department agreed to put Hennessy through six weeks of training at the local fire academy. The fire officers he met were larger than life.

“I said, ‘Someday, I want to be one of those guys,” Hennessy said.

And by the time Hennessy completed his training, work at the airport had become boring.

So Hennessy began volunteering with the Oneco/Tallevast Fire Department. He loved the scream of the engine as it zoomed down the street, the sight of smoke billowing out of a building and the knowledge that people were waiting for him to help.

“I used to bug chief every day to hire me,” Hennessy said. “I just loved the excitement of the job.”
About a year after he began volunteering, his persistence paid off. Hennessy became the district’s fifth paid firefighter. Within a few years, he was promoted to lieutenant, a capacity in which he served for the next 12 years.

“I wanted to do it all as far as learning all the aspects of the fire service,” Hennessy said.

In 1992, he transferred out of operations and began working in the fire prevention division, inspecting building plans, among other duties.

“That began another aspect of the fire services that a lot of people don’t see,” Hennessy said. “I became a certified fire inspector at that time.”

Between 1995 and 2001 as the Cedar Hammock Fire Department and Oneco/Tallevast Fire Department attempted to merge, Hennessy became disillusioned with the bad politics he witnessed. Rather than quit, he was allowed to go back to the work that had first captured his interest — this time as a fire captain.

In April 2001 when the districts stopped trying to merge, Hennessy’s board of commissioners asked him to be fire chief. And he’s been there ever since.

Hennessy’s 30 years in the fire service have been both rewarding and challenging. Although he’s seen tragedy more frequently and more personally than most, he’s also delivered babies, rescued people from burning buildings and felt a bond of unity and brotherhood that is found only in work where life truly depends on your coworkers.

This year, Hennessy’s birthday on June 12 will be bittersweet. As he celebrates another year of life, he’ll be closing the chapter of one of his greatest adventures.

“I’ve loved it, but I’m ready to move on,” he said. “I’m going to take some time off — probably a few months to stop and smell the roses — and then get back to work.”

Once he retires, Hennessy plans to spend time with his wife, who has been his constant line of support, and possibly travel. He also plans to expand a safety training business he started with a fellow firefighter and help his son start a backflow preventer testing and repair business. 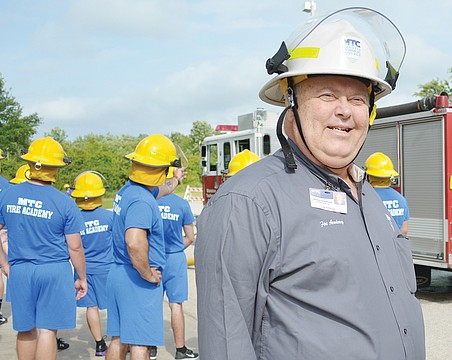 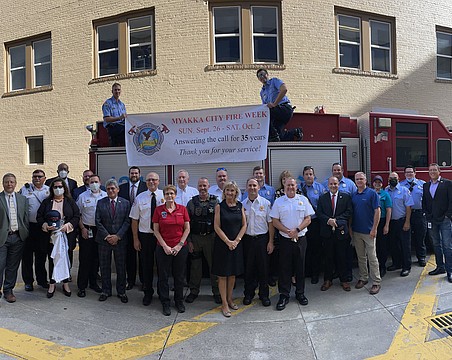 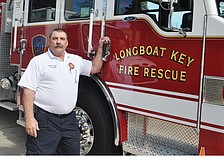 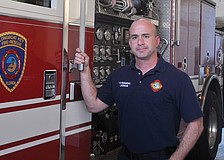 Firefighter is engine behind equipment 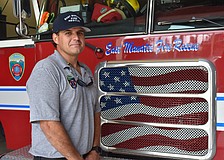 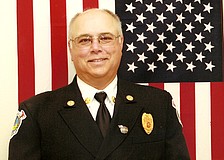