BRADEN WOODS — Some days, Maureen Hyden jokes that she can’t even remember how to spell her own name.

“I was absolutely floored when I got the gold,” said Hyden, who just completed the nursing program at Manatee Technical Institute. “I was speechless, and there aren’t many times I’m speechless.”

Hyden also was elated to see her friend and study partner Amanda McComas earn a silver medal in pharmacology.

MTI’s nine-member HOSA team returned home June 28 — a day before Hyden and her fellow nursing students took their final exam. Preparing for the test was grueling, but Hyden couldn’t help but smile as she came home with her gold medal and the bragging rights she’d earned from being able to spell words such as “parturition” and “intercostobrachial.”

“I really didn’t think I was going to get as far as I got,” said Hyden, who placed second in medical spelling at the state competition in April. “I was just happy enough to be able to participate.”

Although spelling always has come easily for Hyden, her feat did not come without hard work. She spent countless hours studying for nursing classes with her study group members Loretta Pedraza, Crystal Samuels and McComas. And on the way to competition, Hyden read from her 2,284-page medical dictionary and had other competitors randomly pick words from it to quiz her.

The win furthered her excitement for moving forward with a nursing career — an occupation she had not considered until losing her job in 2007.

“All the jobs I was seeing (to apply for) were medical experience only, even office jobs,” Hyden said.

She spoke with her daughter, a phlebotomist, and decided to take a certified nursing assistant course in the spring of 2008 and later an anatomy and physiology class. All the while, her thoughts were leading her toward a career in nursing.

So in August 2008, the New York native started the nursing program at MTI, which included classroom lectures and clinicals at hospitals, nursing homes and other medical facilities. During the 11-month program, she learned everything from adjusting patients to prevent bedsores to putting in catheters and giving injections.

The experience gave her a new perspective on life and a deeper understanding of what it means to treat people with respect. Whenever possible, she’d dole out her unique sense of humor to brighten the moment and make patients more at ease, she said.

“I always like helping people, however I can do it,” she said.

And although she always tried to create moments for laughter and positive spirit for the clients with whom she worked, Hyden said nursing school simply could be overwhelming at times.

“It wasn’t easy,” she said. “When they tell you (that) you are going to put your life on hold, they mean it. It was a challenge.”

She missed family vacations. She missed a wedding. Spare time became an afterthought. But through it all, her husband Tim, a training officer at East Manatee Fire Rescue, family members and the ladies in her study group provided a constant net of support from which to move forward.

And now as a graduate of MTI, Hyden is sending off her application to take her state board exams to become a licensed practical nurse.

She and Tim will take a few weeks to visit family in the northern part of the country before she takes her board exam and works to secure a job in the nursing field. 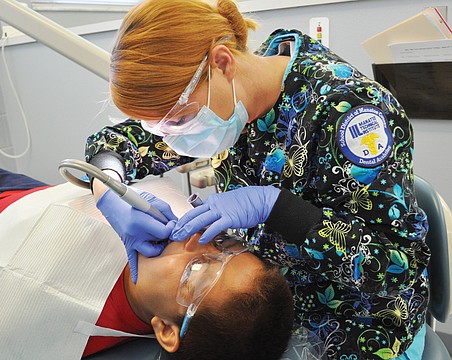 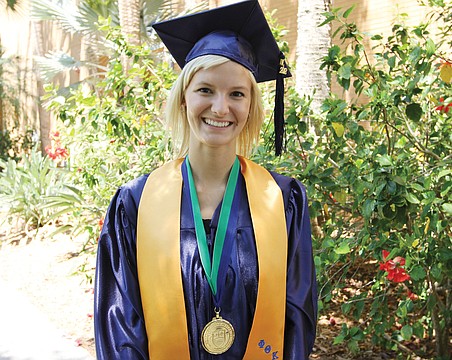 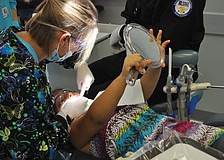 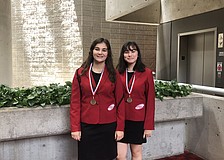