Siesta man is on a daily mission for a cleaner, safer beach

Rick Boyce has dedicated the past three years and eight months to cleaning up Siesta Key Beach.

Rick Boyce, 68, has lived in Sarasota for 60 years and is a true beachcomber.

He not only looks the part in flip flops, cargo shorts and a Florida shirt, but his accessories also help round out the image as someone who truly cares for the shoreline.

Where ever he goes on the sand, he carries two pieces of equipment that are abstract to his outfit: a 5-gallon orange bucket and a pickup claw.

Boyce is a certified general contractor but has dedicated the past three years and eight months to cleaning up Siesta Key's beach to make it a safer and healthier place to watch the waves.

He has only missed a total of 12 days. When Hurricane Ian made its mark on Florida, he started cleaning Siesta Key Beach the day after.

“I was out cleaning the beach the very next morning. There were all kinds of things washed up on the main roads,” Boyce said.

What made him initially start cleaning the beach was after a couple roped off a section of beach near Siesta Key Beach Access 1.

“I would find shattered glass on the parking spots along the (North Shell) road next to the couples’ house,” Boyce said, adding that his aim at first was to keep beachgoers safe in the area.

“I have made this my mission. I want everyone to do their part and make this a place where residents and visitors can admire the island.”

With the recent holidays, Boyce has found all kinds of debris that was left behind from beachgoers.

“On New Year Eve, there was a group that shot confetti guns with butterfly-shaped confetti, but if you look closely, it doesn’t decompose,” Boyce said. “This is bad for our marine life. A fish will see this and eat it right up.”

Boyce had used a leaf blower to remove the thousands of butterfly-shaped confetti from the sand and onto the road so he could sweep it up and into the trash, but he still finds some while out.

Boyce believes that the first step to a cleaner beach starts with education, saying that it is crucial to learn about the difference between trash and compost. He adds that sea life is our environment as well because Sarasota residents live on or near the coast.

“I believe that change has to start with education,” Boyce said. “When you see an actor in a movie smoke a cigarette, what do they do with the butt? They throw it on the ground and step on it, and people think it’s OK to do the same. It’s a crime to litter.”

Boyce can be spotted with his bright orange bucket every day at the break of dawn at Siesta Key North Bridge and throughout Siesta Key Beach.

“Picking up a little does a lot. If you see something extra, take it with you. Be kinder than the next person.” Boyce said. 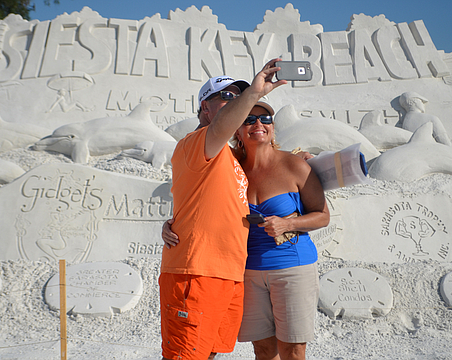 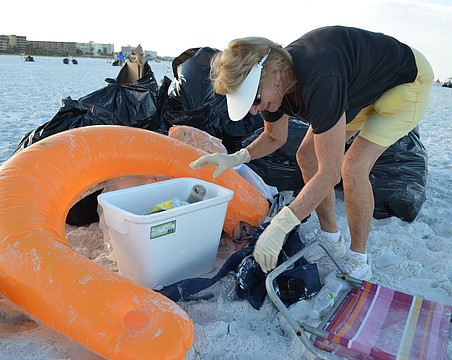 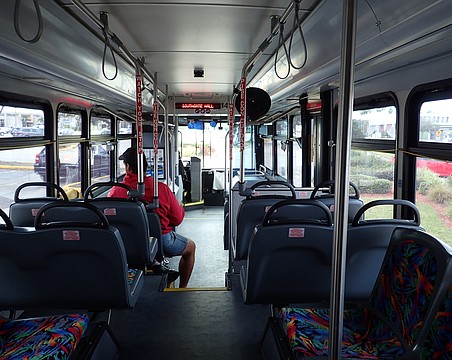 The routes not taken 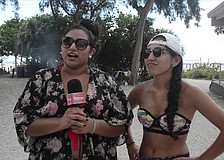 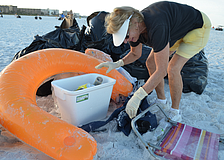 Residents prep to clean Siesta Beach after the holiday 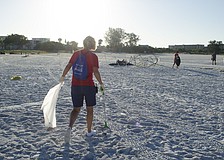 Siesta volunteers find plenty of cleaning to do 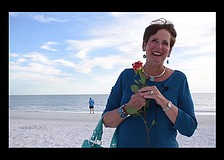