Lakewood National’s Barbie Osterling and Waterside’s Jill Hennessey were busy picking up palm fronds and moving them to the edge of the Nate’s Honor Animal Rescue property so they could be taken away.

Osterling didn’t have power in her Lakewood National home and was looking for something to do. She decided to head over to Nate’s Honor to help with clean-up efforts Sept. 30.

“I said, ‘I’m going to Nate’s because it’s a happy place,’” Osterling said. “I got my cup of coffee, came here and whatever Rob (Oglesby) wants me to do, I’ll do it.”

Nate’s Honor Animal Rescue and the Humane Society at Lakewood Ranch saw minimal damage after Hurricane Ian made its way through Lakewood Ranch and Myakka City.

In the days leading up to Hurricane Ian, Nate’s Honor was able to find foster homes for 32 dogs and 15 cats.

Oglesby said in the past, the property always would flood during heavy rains.

“I would have had my knee high boots on and would have been going through about a foot of water hoping the sump pumps were working if we still had power,” Oglesby said. “Those days are gone, thank heavens.”

Nate’s Honor raised its property 2 feet with drainage. Hurricane Ian was a test to show whether the property would flood. There weren’t any parts of the property that flooded except a puddle where a yard drain hadn’t been opened.

“They don’t open them until it’s sodded because they don’t want the pipes filled with mud,” Oglesby said. “If it was sodded, all that water would have gone into the drains.”

Nate’s had about 40 feet of white vinyl fencing knocked down, two trees were uprooted, two new cottages that were under construction were destroyed and several downed palm fronds littered the grounds.

Oglesby said panels from the two cottages that were wrecked were salvageable.

Damage to the property will not postpone the completion of Nate’s $10 million expansion.

“Worst case scenario, we’ll just have two cottages that aren’t done when everything’s supposed to be (finished) in February,” he said.

At the Humane Society at Lakewood Ranch, Dani Ziegler, the nonprofit’s manager, said the house and shelter had limited damage, and they were without power and water. Some of the play yards were muddy and the pond was full.

“Other than that, we have, thankfully, minimal damage,” Ziegler said. “We have some branches down and a few shingles on the roof are off. Nothing major.”

When staff members walked through the doors Sept. 29, Ziegler said the 10 cats and 12 dogs at the shelter were thrilled to see them.

“It was such a relief,” Ziegler said. “I hated not being able to take them home with me. I went as soon as it wasn’t dark out and safe. The animals all made it through the storm just fine. They were very happy to see us and get all the love and attention.”

Ziegler said the nonprofit had a generator that could be used to turn fans on if power wasn't restored.

The Humane Society at Lakewood Ranch closed to give the nonprofit time to fix the roof and clean up the grounds, but Ziegler said the nonprofit will reopen Oct. 7. 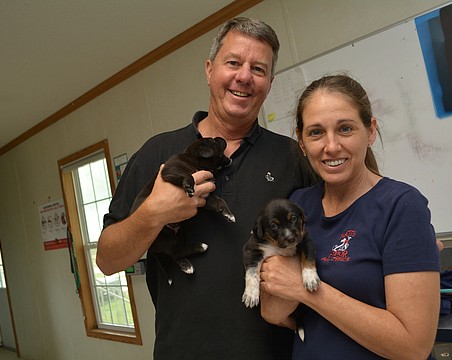 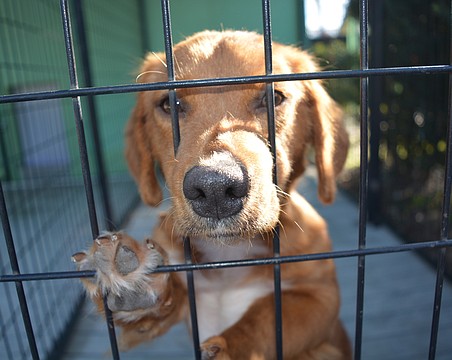 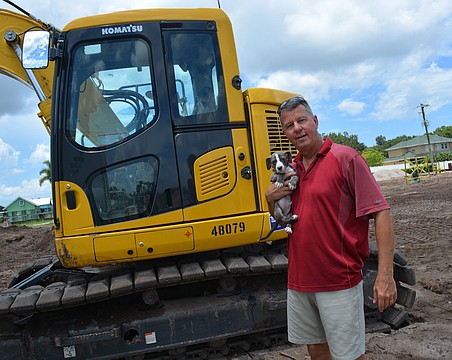 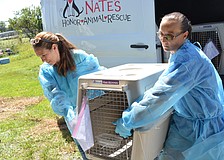 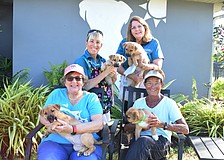 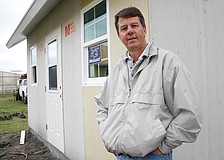 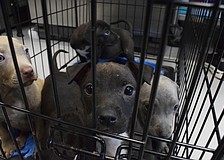 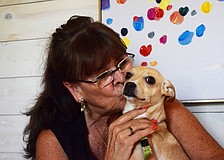