About 350 people attended an interfaith service at St. Mary, Star of the Sea, Catholic Church on Tuesday.

Joyce Welch and Chuck Dimler are both members at St. Mary&#39;s.

Joyce Welch and Chuck Dimler are both members at St. Mary&#39;s.

Members of six different choirs sing together each year for the interfaith service.

Members of six different choirs sing together each year for the interfaith service.

Brigitte Burdick and the Godfather of Sarasota Jazz Al Hixon

Brigitte Burdick and the Godfather of Sarasota Jazz Al Hixon

The clean-up crew: Bob and Vonda Soper and Susan DiNatale.

The clean-up crew: Bob and Vonda Soper and Susan DiNatale.

Organizers of the annual interfaith service and reception expected 150 people, but more than 300 attended the service at St. Mary, Star of the Sea, Catholic Church on Tuesday night.

Religious leaders of all four churches on Longboat Key, plus Temple Beth Israel and St. Armands Key Lutheran Church, each took on a role in the service. Duties amongst churches rotate each year.

As the newest religious leader to the area, the Rev. Brock Patterson from Longboat Island Chapel was asked to preach. Patterson was hired two years ago at the height of COVID-19, so this was his first opportunity to formally introduce himself.

Beyond the tradition that the newest preaches, Patterson is an excellent example of interfaith. He leads a nondenominational church, received a Catholic education, was raised as a Southern Baptist, became a Methodist pastor and attended a Presbyterian seminary.

“Me, as well as all the other clergy and colleagues, we’re always a little nervous when we go to a new place, even though we’re not supposed to be,” Patterson said, “But the reception that I have received, and that I know the rest of them received here, is a symbol of unity, love and genuine care and concern for each other.”

Attendees took to the charismatic preacher regardless of their religion.

Diane Monaghan is a practicing Catholic and called Patterson fun and personable.

“It was a wonderful message that he gave,” she said. “It was a pleasure listening to him.”

Rev. David Marshall from All Angels by the Sea Episcopal Church read A Litany of Thanksgiving, and Michael Bodnyk from St. Armands Key Lutheran Church directed the all-faith choir. With two rehearsals, Bodnyk led a choir of 35 members.

“They’re from all the different churches, so it’s always a nice time of year to come together like that,” he said. “There’s people that have been singing in this together for the past 30 years. It’s like family.”

Not as many people attended the reception as the service, but more than 200 did. No one left without a bite to eat or a drink, but the only leftovers were a few wedges of cheese off the charcuterie boards.

Susan DiNatale prepared 500 desserts. She started weeks in advance and froze as she went. She made everything from Italian wedding cookies to pumpkin cheesecakes and was happy to do it.

“It brings the whole community together, and that’s what’s important, especially in these times where there’s so much animosity,“ she said. “If every community did this, we would not have the problems we have.” 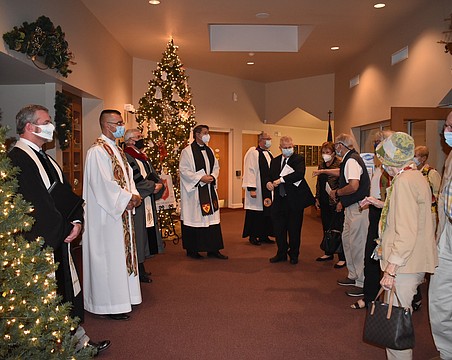 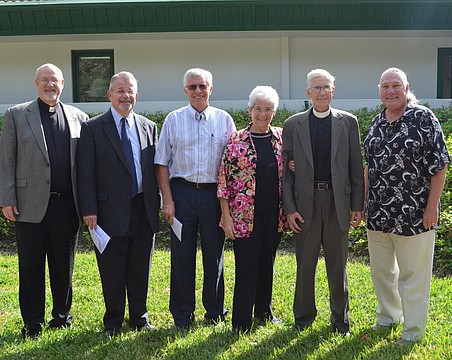 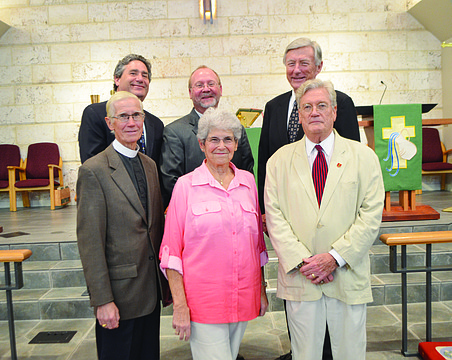 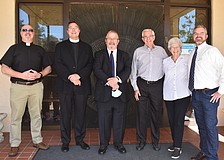 Communities of faith plan for Thanksgiving service on Longboat Key 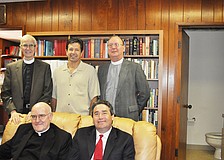 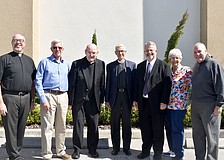 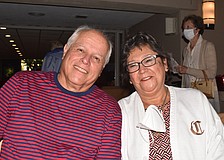