One female laid an egg this year, but it was deemed not viable, says Key swan keeper David Novak.

Lydia puffs up as she heads off the nest.

Lydia puffs up as she heads off the nest.

Bob Knox carries Lydia back to the water.

Bob Knox carries Lydia back to the water.

Lydia exited the water to check on her nest again.

Lydia exited the water to check on her nest again.

Swans will be swans. Despite swan keeper David Novak’s best efforts, Longboat Key will be without cygnets once again.

Novak and swan expert and breeder Bob Knox went to check the only nest that was made this year, which was Chuck and Lydia’s. Novak had been keeping food and water bowls near Lydia, who nested in foliage across from the CVS on Bay Isles Parkway, to keep her alive as she sat on her one egg.

“Just Chuck and Lydia made a nest,” Novak said. “Nick and Lacy didn’t, and Donald is south waiting for Greta to come back and maybe pair up, but it’s been months, and they haven’t paired up.”

Knox candled the egg, which means that he took a very bright flashlight in a dim space (in this case, towels thrown over foliage) and held it to the egg to see if a cygnet was forming or not. Novak distracted the swan while Knox and wife, Lisa, swept in to check in the egg. Knox delivered a grim diagnosis.

“It looks perfectly fine, but I can tell it’s rotten,” Knox said.

He moved Lydia back into the water so she could clean up and let go of the egg. There was some extra drama: Greta, whose mate Clark died about this time last year, had been hanging out in the same pond as Chuck and Lydia, trying to get Chuck’s attention.

However, after Lydia got back in the water and reunited with Chuck, Greta began to move away rather than raise a stink. Novak plans to move her and swap her with a female at Islandside, where the swans are more on their own, in the hopes of mating Donald with a female. In the end, however, nature is nature and swans are swans.

“I have no idea why one rejects another, why two build a nest and don’t use it,” Novak said. “(Lydia) is younger, but she could’ve still laid a full clutch. She only laid one, and it wasn’t fertile. All I can do is keep trying to do these matches, and hopefully something will work. Bob Knox was like: ‘Hey man, they breed and produce. You don’t have to tell them what to do. They’ll do it. It’s natural.”

It’s unusual for a swan to lay just one egg; usually, a clutch has about six. Novak removed the egg and began destroying the nest so Lydia will realize quickly that she has nothing to go back to. She lost weight while in the nest, so he wants to keep her away from a failed nest to get her healthy again. Luckily, she started a self-care routine shortly after being in the water.

“It’s good she’s preening and drinking, but you can see the weight loss,” Novak said. 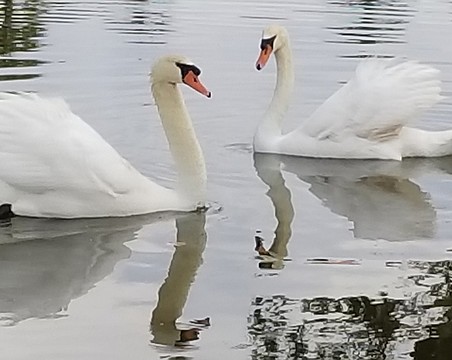 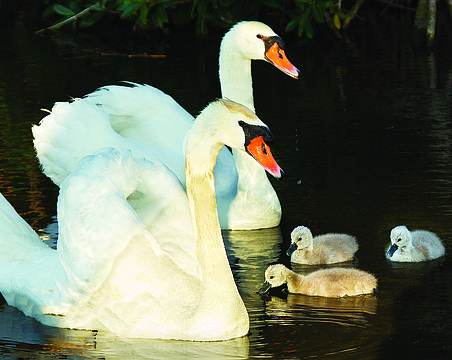 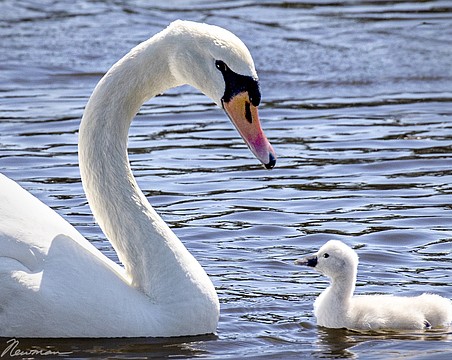 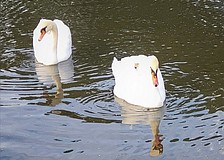 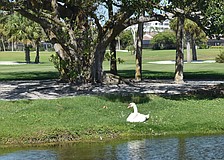 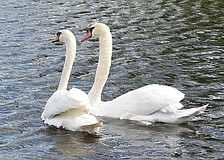 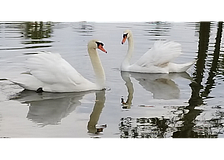 No cygnets for Longboat Key this year 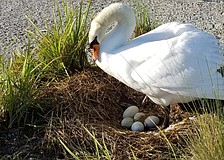