More than $121 million in repairs and upgrades is budgeted to keep the region’s potable water flowing at the dam.

Although roads and infrastructure have received most of the attention when it comes to Manatee County’s Capital Improvement Plan, commissioners are concentrating on what they consider an equally crucial project: upgrading the Manatee Dam and its water treatment facility.

At-large Commissioner George Kruse said he has been paying keen attention to the dam and the potable water it provides.

“There’s almost nothing more important to Manatee County,” Kruse said. “We have the single largest water system in Southwest Florida.”

Kruse said the dam is so important that he would like the county to consider building a new dam rather than pouring millions into the  upgrades and repairs of the existing one.

Kruse said he has had preliminary conversations with County Administrator Scott Hopes about an outright replacement of the dam.

The dam, a 4,700-foot-long, 27-foot-high embankment with a concrete outer shell and a clay core foundation, was originally completed in 1967.

Current repairs to the dam follow a previous repair project of more than $18 million from 2014 to 2016. At that time, internal erosion threatened the dam’s stability, prompting the installation of 3,100 feet of wall through the clay core.

The county’s Capital Improvement Plan, which was presented to commissioners in June, contains eight projects (that total $121.61 million) involving the 55-year-old dam and its treatment facilities.

According to Deputy Utilities Director Kevin Morris, one of the repair projects is filling voids in an area around the dam.

“It’s kind of like putting a coat of paint on wood so it doesn’t degrade or rot,” Morris said. “It’s preventative.”

Even though there is no seepage now at the dam, the county wants to be proactive in making sure it stays that way. Morris said engineers have emphasized the importance of keeping the facility maintained because if there were a failure of the dam, the resulting flood would certainly cause property damage and could put lives at risk.

That particular project, currently in development, will fill voids in the area extending outwards from the dam, including its guiding walls on the downstream side and its stilling basin that protects the spillway from erosion.

Morris said water seepage due to erosion can result in the formation of voids in the clay core beneath the dam that seals out lake water. These are indicated when depressions form in the bottom of the lake bed, he said.

In checking for such issues, Morris said geotechnical experts examine any substantial changes in water level that might result from depressions.

He said there are also unknown factors.

“It’s not like you could take the whole dam and run it through an MRI machine and know exactly where every little void is,” Morris said. “In general, we understand that there are voids under there based upon the geotechnical data that we’ve collected.”

The project has other priorities, such as replacing tainter gate mechanisms that control water flow.

Morris said the dam releases approximately 275,000 gallons down the Manatee River a day — or more, depending on the conditions at the Rye Road bridge — based on its permit, which requires it to provide for the downstream estuaries that it deprives of water.

Morris said work on the dam during the wet season will require the release of water from an emergency spillway. This is accomplished by the removal of sediment from the edge of a retaining pond.

The water will flow over an area consisting entirely of county-owned, agricultural land in which the grass is regularly mowed and where a berm on the far side directs water into the Manatee River. Morris said there are no known downsides to the use of the spillway.

“It’s a very flat, low, slow, gentle sort of meander, rather than a steep rapid (descent) or anything like that,” he said.

One of the eight projects currently taking place is installing new ultrafiltration membranes for drinking water.

Engineer Kyle Ward said he is testing the filters for leaks, ensuring valves are working correctly, and checking that filters are in place.

Bill Logan, a county public information officer, said that for this project, substantial completion is anticipated this fall and final completion by early next year.

According to Morris, these filters are state of the art and will remove particles 250 times smaller than current filters. He said although the average consumer likely will not notice a difference in the taste of their water, the filters will provide more protection by operating through membranes capable of blocking particles on a microscopic level.

The filters are housed in a new building in which rows of six filter bays span each side of the room, for a total of 12.

He said when it comes to this type of facility, these filters are state of the art for treating surface water.

Another project is updating the Supervisory Control and Data Acquisition equipment, which is 20 years old. The current HSQ system is being replaced with a more advanced Citect system that allows staff members to efficiently control different aspects of the plant from one control center room.

Morris said the system handles five remote pumps to boost water distribution along with six elevated storage tanks across the county. He said the upgrades would provide an interface that more clearly lays out an issues affecting pumps and uses color schemes to highlight concerns more effectively.

He also said the system would contain the means to process data more efficiently. The control room currently communicates with some water pumps at the plant through telephone lines, but new radio transmitters will help resolve this problem.

“We’ll be able to bring back a much richer data field from those remote sites,” he said.

The complexity of the new ultra filtration membrane system, which involves numerous fast-acting valves, has created a need for a more advanced control system than the current remote transmitter units through which these valves communicate with the computer system.

“It’s like we’re doing a brain transplant, so half the body is still running off the old brain and the other half on the new brain,” Morris said. “It’s a real challenge to make sure all the signals are getting where they need to go.”

Another high-priority project includes repairs to the plant’s aging diesel generators, including replacement of their alternators, as well as their control panels and switch gears.

Morris said that in a state of emergency, the county needs to supply the facility with power. The facility has a total of 20,000 gallons of fuel on hand, which is sufficient for about six days.

He said that each generator can produce 2,000 kilowatts of energy.

The upgrading of treatment basins to improve sludge collection is another project listed.

Currently, after water pumped from the lake is treated with chemicals separating out its sludge, the sludge is managed by a “traveling bridge” mechanism that moves along rails on both sides of the basin, absorbing the sludge through pipes.

Morris said this mechanism sometimes falls off the tracks that secure it on either side. Staff members can use tools to return it to the tracks, but he said that such breakdowns can result in the loss of components. Morris said the basin will need to be shut down due to these malfunctions and that it is difficult to acquire components for the system, which is now obsolete and was built in the 1980s.

The county is looking into another technology called “flight and chain,” which uses a chain-based mechanism to scoop sludge from the bottom, rather than using pipes.

Morris said this technology is newer and less expensive, but county staff members are concerned about the ability of the system to handle the density of the sludge. He said the project team is currently looking into whether similar facilities have been able to successfully implement this technology.

Surface water has its sludge removed through a rotating mechanism that pushes the sludge through a pipe in the basin’s conical bottom.

The county is also set to implement a new sludge dewatering system.

Currently, sludge collected during the treatment process is left to dry in outdoor beds across the street from the treatment facility, before it is hauled to other areas including the county landfill.

However, Morris said the effectiveness of this process is highly dependent on weather and that during rainy weather, the plant must pay the cost of hauling the saturated, wet sludge.

The CIP is set to include a new building that will feature two decanter centrifuges to separate water out of the sludge through rapid rotation, as well as two gravity sludge thickeners to separate out solids through a settling process.

Another project is the initiative to expand the laboratory, where samples of the plant’s water are analyzed.

According to Mike D’Imperio, a laboratory technician, samples are collected from across the county each month to be analyzed for quality, at a rate of more than 100 samples a week. Morris said there is currently no place for staff members to meet with the expansion of the laboratory equipment that took place due to population growth.

Also included on the CIP are plans to construct a new building to house the chemical feed system that supplies substances including sodium hypochlorite, ammonium sulfate, phosphate and surface water polymer to treat the water.

“It is extremely old,” said Morris. “It’s not built to the design standards that are acceptable today, as far as space between pumps.”

Breakdown of Capital Improvement Plan projects related to the dam

Filling of voids below the dam, in the area extending outwards from the dam including its training walls, spillway and stilling basin, as well as possible reinforcements of the dam's training walls

Hardware and software upgrades to the Supervisory Control and Data Acquisition (SCADA) equipment at the Water Treatment Plant, to better integrate it with the facility’s features

The project should be substantially completed early next year.

Replacement of the alternators on two generators, as well as controlling gear.

Upgrades to the sludge collection system, including the addition of a new building, to provide greater automation in the de-watering process for the sludge byproduct of water treatment

Expansion of laboratory space for storage of reagents and supplies, and the addition of a meeting room 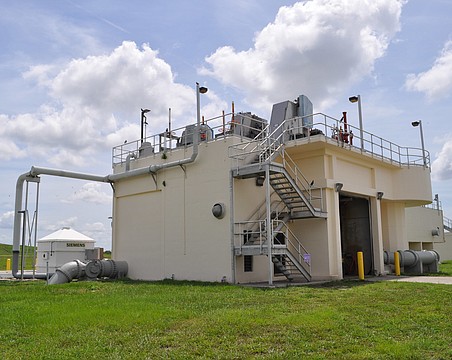 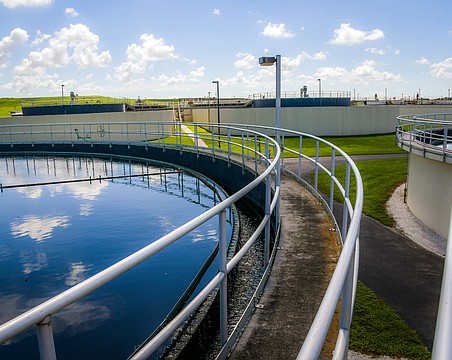 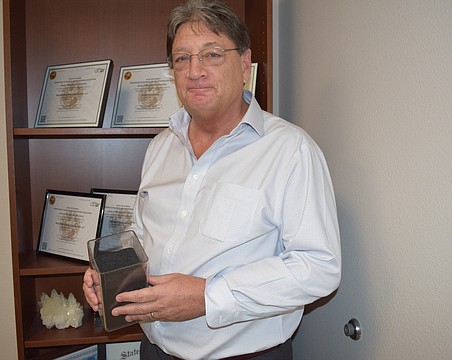 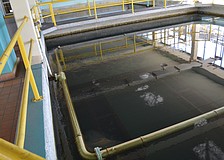 Drop in the bucket? 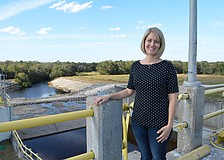 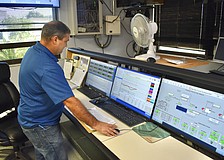 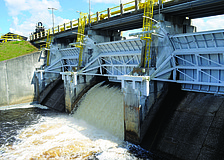 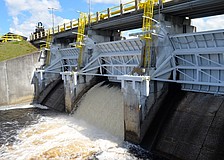