Art can be interpreted in a variety of ways, but typically it's the audience doing the interpretation.

Sometimes, though, fellow artists have taken a creator’s work as a template and done their own spin with their own sensibilities.

That was precisely the intent of the fourth annual Monster Mashup Arts Show, a monthlong exhibit at Selby Public Library.

The directions were simple: Third grade students of Tuttle Elementary art teacher Mayra Ocasio drew up the most inspired and creative monsters they could imagine.

Once those drawings were finished and collected, they were given to creative writing and digital design students at Booker Middle School who then reimagined those drawings in their own digital styles through Photoshop, Illustrator and other Adobe software. Each piece of artwork now hangs side by side in the center of the library.

“Kids love monsters,” Booker Middle School digital design teacher and exhibit planner Theresa Burbridge said. “Monsters can have big heads, small heads — you don’t have to be great at drawing. You just have to be creative.”

The exhibit had its grand opening April 7 and will run in the library through May 12.

This year’s show received a grant that went toward supplies and printing materials. A new feature is that many of the art pieces have backstories and poems that add context to the designs.

“It’s a way for elementary kids to know options if you love art,” Burbridge said. “Through this program it shows them a career path. Every movie has CGI. Everything has digital design.”

Planning starts at the beginning of the year. Burbridge receives the art from Tuttle students and then presents them to her students, who take their pick of what they want to adapt.

Eight grade student Abigaile Ortiz took a design of a clown-like figure holding a microphone and overlaid it with zombie-esque features from her favorite video games that included an exposed jaw, ripped clothing and stylish shoes. The process took her two weeks.

“I like rhythm games and the character designs, I thought it’d be fun to do it,” Ortiz said. “I’m really proud of my watermark (in the art) and how I designed the character’s mouth.”

Booker student Zachary Mathews had a long journey with his piece, a winged figure shooting lasers out of his eyes. He finished it well enough, but tragedy struck when a computer error deleted his entire project.

“I had to do it again on the final day,” Mathews said. “I kind of took out my rage on the project.”

What once was a more full figure became a skeletal monster figure with shining red eyes outlined against Stonehenge with a pink red background. The drawing also has several color disruptions — “glitches,” in Mathews eye — across the monster’s figure that add color and personality to the piece.

“I thought, why not add something cool to express my anger?” Mathews said.

Tuttle Elementary student Ricardo Delasancha drew his monster to be an upside down flying creature with a mouth full of sharp teeth soaring over the ocean. He used colored pencils, adding water colors for the background.

Booker student Melissa Sheppard took it from there. The 13-year-old artist typically draws humanoid figures in an anime style but was struck by Delasancha’s upside-down design. She did a good amount of blending in Photoshop and was pleased with the final result.

“I like to go past my limits and stress myself to be honest,” Sheppard said. “I think it turned out really nice, and I’m proud of it. If I was in third grade, I’d draw the exact same thing.”

Sheppard’s mother, Kathy Streeter, who attended the event, said she was proud of her daughter’s achievements. She remembers many nights where she found Melissa asleep at her desk working on her art.

Seeing her daughter’s artwork — and seeing her classmate’s reaction to it hung up in the exhibit — means a great deal to Streeter.

Streeter has retinitis pigmentosa, a degenerative eye disease that is slowly causing her to go blind. The opportunity to see her daughter’s art — and retain those memories for years to come — is what fills her with pride.

“We (took a bus) here, but I told her, when she’s a famous artist, we can take a limo,” Streeter said. “The fact I can see all of this right now means the world to me.” 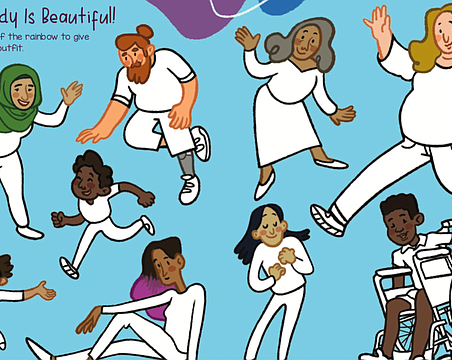 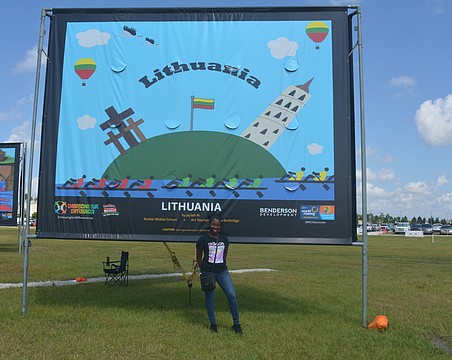 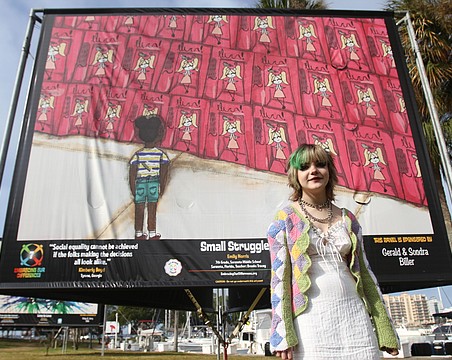 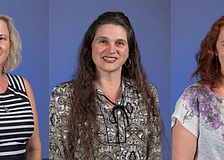 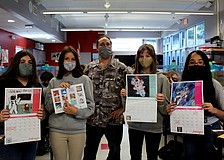 Students shoot for the stars with global competition 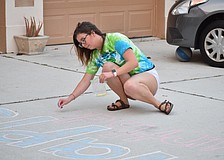 Chalk up a surprise in Bradenton area 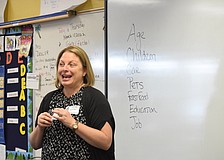 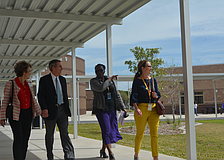