Seagrass decline in Sarasota Bay is cause for concern

A survey of Sarasota Bay shows an 18% decline in seagrass.

Following a variety of environmental and human-made factors, Sarasota Bay is experiencing a 12-year loss in seagrass growth.

Preliminary results from the Southwest Florida Water Management District show an 18% decline in seagrass across Sarasota Bay, Roberts Bay and Little Sarasota Bay from 2018 to 2020. The decline equates to loss of 2,300 acres of seagrass.

“A healthy bay leads to a healthy bay, so everything is tied together,” Sarasota Bay Watch Secretary John Ryan said. “Having healthy seagrass is really important to our bay ecosystem because about 75% of marine life have some part of their life in seagrass, so this is not great.”

When The Bay Sarasota developed a master plan in 2018 for building a park on the land surrounding the Van Wezel Performing Arts Hall, the city-endorsed vision included two parallel piers extending over the water near the end of Boulevard of the Arts.

A seagrass survey changed that vision.

The Bay, a private group working with the city on managing the park project, teamed with a coastal engineer to examine the status of the marine ecosystem in the area the group intended to build. The survey showed seagrasses and coral in significant enough volume that the design would be detrimental to the environment.

The Bay pivoted, designing a spiral boardwalk that largely avoids the seagrass beds. For smaller portions that still cross over the seagrass, the boardwalk will feature transparent decking, so sunlight can get through, and the vegetation can still grow.

Another major city project — the dredging of Big Pass to renourish Lido Key — drew resident concern for its effects on seagrass beds. Because the sand dredging was expected to damage seagrass, the city was responsible for mitigating the issue. The city struck a deal with Manatee County to plant up to 3.2 acres of seagrass at Perico Preserve.

Although the city said efforts to find a site within Sarasota County were unsuccessful, some members of the public questioned why the city was mitigating the effects of its project on a site outside the county. In 2019, when the city approved the mitigation plan, then-City Manager Tom Barwin argued the Manatee site would provide benefits for the area as a whole.

“This whole situation with water quality does need to be addressed on a regional basis,” Barwin said.

Numbers in the 1950s sat at about 10,246 acres and steadily built from there, but now the loss, which scientists say is largely due to red tide and Hurricane Irma, means the area basically has to start over.

“We’re back to where we were 30 years ago,” Sarasota Bay Estuary Program Executive Director David Tomasko said. “The good news is it may be able to stabilize because a lot of things that got us into trouble have been acted upon, and maybe we’ll soon start plateauing and improving.”

Canary in the coal mine

Seagrass is major indicator of water quality because it is sensitive to alterations, particularly those stemming from nitrogen increases as a result of fertilizers, wastewater runoff and pet waste. Elevation in nutrients also stimulates algal blooms, which can reduce the light necessary to seagrass growth.

“Seagrass is considered the canary in the coal mine, and it’s often overlooked because it’s underwater, and not many people stick their head under water,” Sheila Scolaro, Sarasota County’s sampling and outreach coordinator, said in a previous interview.

The decline, which amounts to 31% since 2000, is destructive to the bay’s natural habitat. Seagrass provides natural habitat for marine life, stabilizes sediment and captures about 27 million tons of carbon a year.

It also supports about 70% of commercial fish species in Florida and provides food and shelter for marine organisms.

Without it, waterways can become subject to more algal blooms and a lack of marine life, such as the rapid decline in manatee population in the Indian River Lagoon on Florida's east coast. More manatee deaths were reported in the first three months of 2021 than in all of 2020 in Brevard County.

However, local organizations are taking several efforts to help positively impact the health of the bay.

Local efforts, including Sarasota Bay Watch’s clam program and Solutions To Avoid Red Tide’s oyster program, are helping remove harmful nutrients from the water. Since beginning their programs, Bay Watch has placed more than 100,000 clams into the bay, and START has reused about 60 tons of oyster shells.

What you can do

Here’s just a few of their suggestions:

“But because of the problem with the seagrass and how bad it’s gotten, we all feel we need to do more and go to the source to keep nutrients out of the water in the first place,” said Sandy Gilbert, the chair of START.

To do so, a variety of projects have sprung up throughout Sarasota County, including a program to improve neighborhood stormwater ponds that are responsible for about 65% of the nutrients in the bay.

A microforest was planted on one-third of an acre at Celery Fields to filter stormwater. The $25,000 project is in the process of being replicated at the Venice Area Audubon Society bird rookery and Nathan Benderson Park.

“We’re not a natural landscape, and so we need to be more careful moving into the future than we have in the last five to 10 years because I think we took our eye off the ball, and that’s how we got to some of our problems,” Tomasko said. 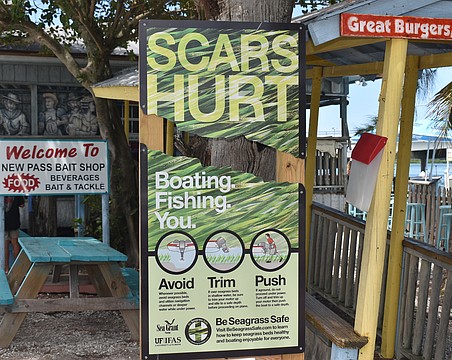 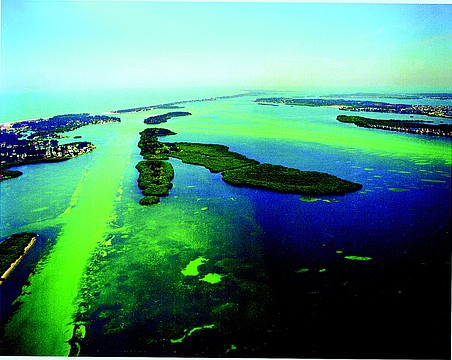 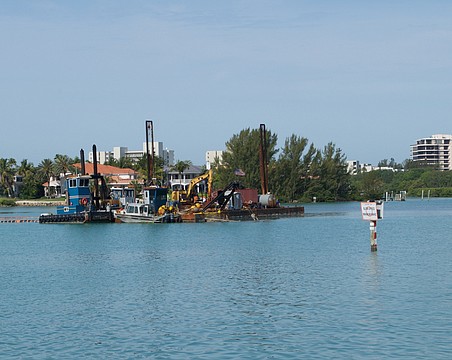 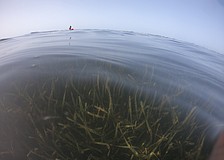 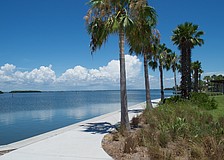 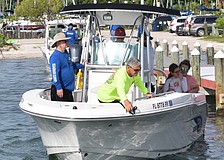 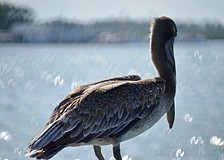 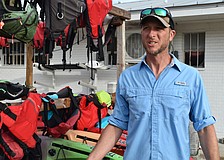