Protect Our Wildlife Environment and Resources aims to give voice to Myakkans and other rural and agricultural communities.

What: Protect Our Wildlife Environment & Resources

Myakka City resident Kim Seery had seen it before.

Land issues involving property east of Interstate 75 that came before Manatee County commissioners. Residents would show up and emotionally describe how they didn't want urban sprawl to push east, and how they had moved to rural communities to stay away from it.

“That's completely understandable when you feel like you're fighting to protect your livelihood, what you've worked for,” Seery said.

However, Seery and a group of Myakka City residents have decided fighting development with emotional pleas isn't the best approach to slow down the sprawl. So they started a nonprofit in April called Protect Our Wildlife Environment and Resources.

POWER was created to be an organized voice to unite and represent those who want to preserve the county’s rural and agricultural communities. POWER President T.J. Meneely said emotion can be good, but it has to be harnessed into something productive and logical. The organization has spoken with all seven commissioners.

Meneely said before POWER, there hasn't been a representative group for the Myakka City area that commissioners and developers could speak with on topics related to the area.

He said the organization was not created to amplify the message that rural residents in the county don’t like development. He said development is coming east whether they want it or not. Rather, POWER was created to work with commissioners and developers to find practical solutions to urban sprawl and to ensure smart development that preserves the country lifestyle.

“The reality is that change is inevitable, but if you don't have representation, and you don't have a seat at the table, then you have no voice,” Meneely said.

Commissioner Carol Whitmore said she has spoken with Meneely at least three or four times since POWER formed. She was impressed with the research he had done and his willingness to work with developers and commissioners to create plans for development that rural residents can accept. She said using logic and talking to commissioners about what does and doesn’t work for Myakka City and the surrounding area is a more effective strategy than rejecting all forms of development.

“That’s the way it should be done, not us against them,” Whitmore said. “T.J. realized this and probably sees the writing on the wall. He wants to figure out a way that they can be part of the solution and not just come up here angrily and do their thing.”

Whitmore said creating an overlay for Myakka City could help ensure development occurs in a way that preserves the area’s rural feel. She said Myakka City residents in the past have said they don’t need one, but Meneely was interested in the idea.

An overlay is a special zoning district created to establish standards and criteria for what can be done on properties within the special district. The standards for development in many overlays are stricter than they would otherwise be.

Meneely said creating an overlay for Myakka City would be more effective at ensuring smart development than the Future Development Area Boundary line, located on Bourneside Boulevard for most of East County, which is in effect through 2040. He said the latter has been moved before and lends itself more easily to text amendments that, taken individually, seem like mere exceptions to the rule. If a handful of developers each are granted an exception, Meneely said, the line has essentially been moved.

An overlay, on the other hand, would be much more specific.

Meneely said an overlay could help establish criteria that would ensure any development in the Myakka City area would be as compatible as possible with a country lifestyle.

Defining smart development and figuring out what aspects of urban growth Myakka City residents believe to be compatible — or incompatible — with the country lifestyle is the next step in the process.

“We are OK with some commercial should it be compatible with the area and a needed function,” Meneely said. “If I said, ‘No, we would never want a Walmart out there,’ I don't know that that's the case. Is it that we would allow a certain number of acres to be used towards that as long as they're close to high-volume thoroughfares? That sounds more reasonable.”

“The reality is that change is inevitable, but if you don't have representation, and you don't have a seat at the table, then you have no voice.”  — POWER President T.J. Meneely

“You have a landowner that has millions of dollars to gain. You have a developer who has millions of dollars to make. Then you have us, and we have our property. We're coming to them trying to figure out what we can offer them, what we can do and what they can do, to negotiate the situation and come up with a neutral understanding and happy medium.” — POWER Public Relations Director Meredith Barcomb

“(T.J.) wants to figure out a way that they can be part of the solution and not just come up here angrily and do their thing.” — Commissioner Carol Whitmore

Manatee County’s comprehensive plan currently prohibits development consisting of more than one house per five acres in most cases. Meneely said any increase to that density would be difficult to accept.

“You can’t keep leveling this county,” Meneely said. “Things are going to get built. We get that, but do you want to forever change the landscape of Manatee County because people have money and they can buy land and people want to move here? People aren't going to want to continue to move here if you keep doing that.”

However, Meneely said it might make sense to allow the construction of residential communities with slightly higher densities on the conditions that developers be required to design the homes in a way that is environmentally friendly, compatible with the country lifestyle and maintains a certain amount of green space and preserved land. Such conditions could be included in an overlay.

“If we can put language together, between the residents and the developers, that satisfies to a certain degree — it's never going to satisfy both sides — but at least some common ground, then wouldn't that be a win-win situation?” Meneely said. “Instead of it just being one-sided, Myakka wants nothing, developers want everything, and it's just a war. Nobody wants that. That doesn't help anybody.”

Even though rural residents and developers might have conflicting interests, POWER Public Relations Director Meredith Barcomb said there is enough common ground to work together. For example, she said developers don’t want their homebuyers to get sick of sitting in traffic or worry about environmental problems, such as runoff into Lake Manatee.

POWER has 330 members two months after it was formed. Barcomb said POWER has two meetings per month that are open to all members and are also available on Facebook Live. The best ways to get involved with the organization are to visit powermanasota.org or the group’s Facebook page.

The group has made yard signs it sells to raise funds that say “Hold the line,” a reference to the FDAB line, with the organization’s website on them. It also sells T-shirts, and other fundraisers are in the works. A motorcycle rally is one possibility.

Seery, the group’s treasurer, said she has begun going door to door to spread word of the organization and its purpose. So far, she has talked to about 30 people, which she said is a large number in Myakka City. About 25 of them were unaware of the impending development and land decisions made by commissioners that will affect their area.

Although the group started in response to development moving closer to Myakka City, the group eventually hopes to expand and work with people from rural and agricultural communities across Manatee and Sarasota counties. 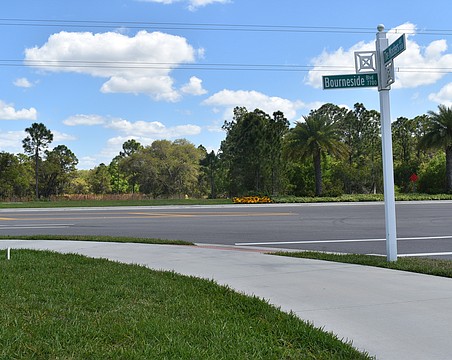 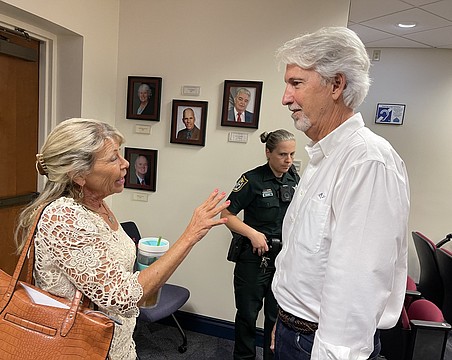 More homes on the way to Lakewood Ranch area 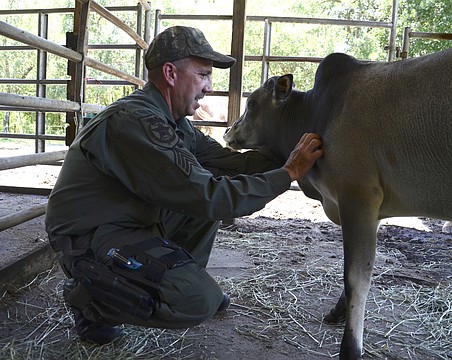 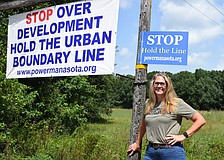 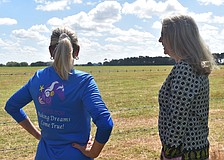 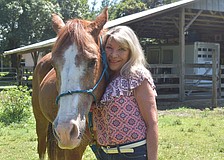