Six types, 32 pieces and 64 squares on a board. Those are the basic elements that have made up a game of chess for more than a thousand years.

An unacquainted person could find the game simple, or something that’s run its course after its many centuries of play.

Avid chess players Nicholas Lewis, Rick Knowlton and Dan Hersey see it another way. To them, the game  not only contains endless possibilities and ways to play, but also a connection to  human society throughout history.

“It’s one of the most captivating ideas the human mind has ever come up with,” Knowlton said. “It’s mathematical on one side but a personal drama on the other. Those things combined suck people right in and make this thing happening on a few squares on a board completely engaging. It’s a gift that the human mind has ever given to itself and it’s been holding that value ever since.”

They have plenty of passion for chess and they now have a way to encourage that passion in others. The trio recently opened the Manasota Chess Center, a venue for scholastic and competitive chess games, in the Crossings at Siesta Key  on June 6.

The center is a nonprofit that will serve as an educational center as well as a hub for relaxed games for beginners to fast-paced blitz tournaments for veteran players.

“You can enjoy chess at any level,” Lewis said. “There are so many levels to the game from being a beginner to a grandmaster and so many in between. And you can always find someone at your level.”

It’s an understatement to say the trio has brought a collective love and passion for the game to their new center. All three have a deep connection to chess — historian and chess teacher Knowlton grew up with his family playing chess and eventually wrote a book on the subject, Lewis was the president of the chess club at Florida State University and Hersey helped organize chess tournaments and clubs while working at the University of Florida.

As Hersey tells it, the idea of a permanent chess space has been percolating in the local chess community for years. Lewis, Knowlton, Hersey and countless players have circulated through libraries, schools and even a bridge club to play their games. Those temporary spaces have worked, but there’s always been a feeling that the community could have something more.

Then came the pandemic, which resulted in the local community having fewer chances to play together when the scheduled tournaments and get-togethers were canceled. Lewis felt he had the time to get the new operation off the ground six months ago and established the nonprofit, which now functions through monthly membership payments, donations and grants.

Lewis connected with the Crossings to serve as a venue space. He says he enjoys the area as it’s been a good area for walk-ins from curious shoppers interested in chess.  The center is open three days a week and offers casual games as well as lectures from chess professionals. They also have variations on chess found in different cultures over the years on display.

They expect participation at the center to only grow as the months go on. Beyond writing a book on chess, Knowlton is a co-founder of Sarasota Scholastic Chess, a group that organizes tournaments and connections for elementary to high school chess clubs across Sarasota, Manatee, Charlotte and DeSoto counties. The trio hopes those tournaments will see their return at their new chess center this fall when school resumes.

One of the challenges the group looks to conquer is connecting the various groups and subgroups within the local chess community that all have their preferences of playing style and comfort and scoring systems. They’ve prioritized keeping to a consistent schedule for tournaments and different playing styles each week to build up loyalty and routine for their members.

“Although everybody has gotten together before at scholastic tournaments at Pine View School, it’s mostly been stratified,“ Hersey said. “We hope to get everybody together. … It’s part of what we hope to overcome.”

Even so, it’s the camaraderie from the local tournaments and sessions that the Lewis, Hersey and Knowlton miss the most, having the time to sit down and talk with other players and share their passion for chess.

It was surreal and satisfying for the trio to see players of all ages return to play their favorite game when they opened their center's doors in early June. For Knowlton, it was a dream come true.

“Having a dedicated chess venue in town is extraordinary,” Knowlton said. “It puts you on the chess map that doesn’t exist in many cities. … It’s a dream come true that Sarasota would have something like this. And it’s just beginning — come back a year from now and we’ll be an institution.” 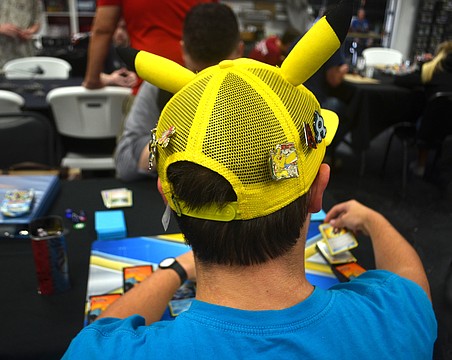 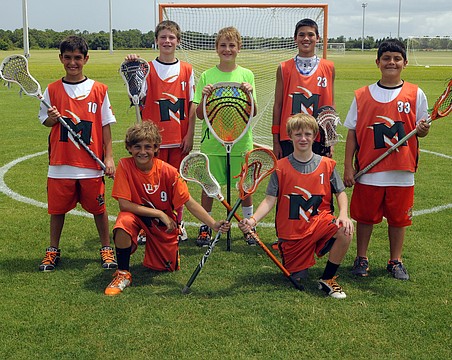 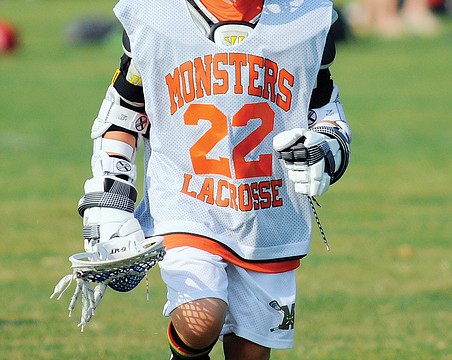 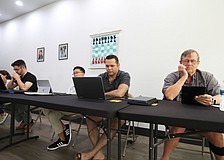 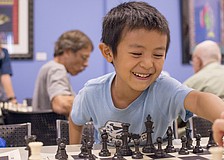 U11 Monsters finish as invitational runner-up 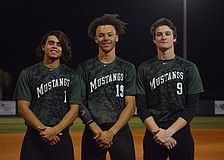 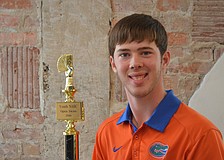