Temple Beth Shalom takes a walk down memory lane, a big cat finds a new home at Paws on the Catwalk, and more this week.

Goodwill Manasota’s 15th annual Mardi Gras gala certainly brought the color, sights and sounds of New Orleans to Michael’s On East Feb. 29. What is also brought, importantly, is proper Louisiana food that had something of an authentic touch. Michael’s On East co-owner Michael Klauber spent a few years working in the Big Easy following his time in college, and one of the gifts he took with him was a massive recipe book of authentic New Orleans meals. The night’s menu included a number of delicious offerings including crab cakes, jambalaya, and, of course gumbo.

It was a good night overall for Goodwill Manasota, which raised $84,000 for its many support programs. Tom and Sherry Koski offered a match of $29,000 in honor of Leap Day, as well.

The Humane Society of Sarasota’s Paws on the Catwalk on Feb. 28 event was, in a word, awesome. How else do you describe a function that had puppies, kittens, and therapy dogs all over the place for guests to pet and fuss over? How could it not be great?

Those aforementioned puppies and kittens were up for adoption and a few made their way into the loving homes of Sarasota socialites. One of the Hot Guy volunteers picked up a big gray cat named Tiger Boy while all of the animals that were part of co-chairwomen Donna Koffman and Tammy Karp’s photo shoot were adopted as well.

Gavin Kondrup ended up winning Hottest Guy at the event’s competition, for which ladies bid to turn the back of the gentlemen's T-shirts into a piece of art. He, along with painters Rita August and Shan DiNapoli, received a bottle of champagne for their artistry.

Temple Beth Shalom welcomed more than 100 of its closest supporters to celebrate more than 90 years of history with its “Yesterday, Today & Tomorrow” event at the temple Feb. 23. About 40% of the attendees had settled in Sarasota before 1975, and have such been dubbed by the temple as “pioneers”. Co-chairs Barbara Simon and Susan Rosin, and president Eric Faerber welcomed the audience and played a video that explained the history of the temple. Hors d’oeuvres were served by Temple Beth Shalom’s Executive Catering Coordinator Susan McCann.

The Jewish Federation of Sarasota-Manatee’s major donors attended a thank you luncheon at the Sarasota Municipal Auditorium Feb. 25 in conjunction with the organization’s lecture series. Around 150 members listened to Deborah Lipstadt, an anti-Semitism and Holocaust expert who most recently released a novel “Anti-Semitism, Here and Now.”

We're coming up on Season Standout magazine time again, and we're going to need your help choosing this year's Standout Man and Woman. Voting will begin in earnest next week starting Monday, March 9, so look for instructions on how to vote in next week's paper and on our Black Tie App and Facebook page. 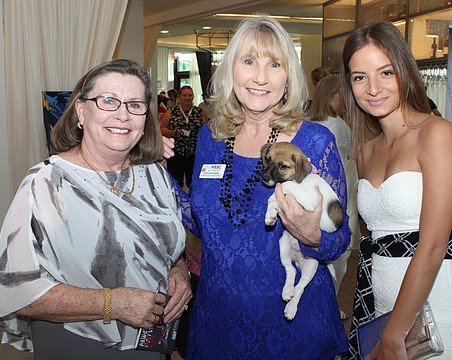 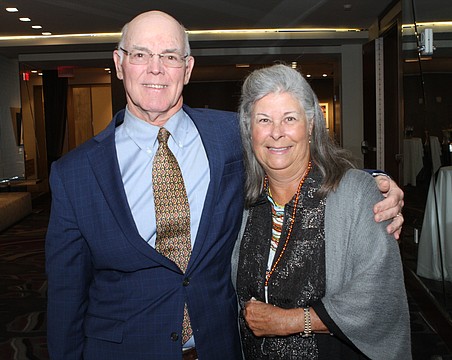 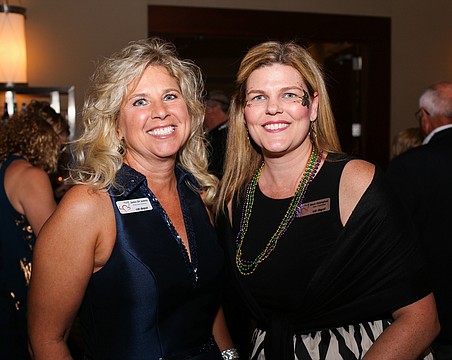 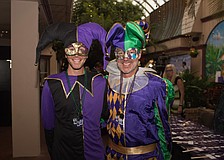 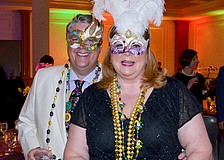 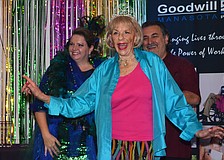 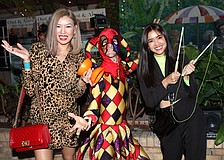 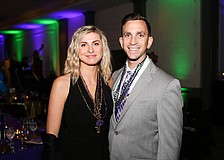