Selah Freedom President Elizabeth Melendez Fisher Good has been on a national book launch tour for her new book, “Groomed,” which tackles topics of sex trafficking and abuse. But that tour made a stop home with a book signing event Jan. 19 at a private residence on Bird Key. The event, hosted by Barb Tye and Julie Prewitt, had more than 50 supporters in attendance, including Selah Freedom co-founder Laurie Swink and board Chair Art Wood.

Proceeds from the event benefited Selah Freedom, naturally. Melendez Fisher Good will be headed to Illinois next.

A Time for Birthdays

The Asolo Repertory Theatre’s Director’s Take Luncheon is always a good opportunity for arts enthusiasts to gain insight into the creative decisions and influences of the theater company’s many directors and playwrights. It was a special day for board member Eva Slane in particular — it was the longtime Asolo Rep supporter's 91st birthday. Company staff surprised Slane with a birthday cake and singing after the program’s lunch. Darlene Hope, a former conservatory student whom Slane had sponsored, also made a surprise appearance visiting from Orlando.

Slane is also a member of the Asolo’s Crystal Society, a group of top donors who each have given more than $1 million to the organization throughout the years. She was born in Germany and in 1939 moved to America, where she met North Shore Music Theatre founder Stephen Slane.

After concluding a successful Hospital Gala the week prior, Sally Schule headed to Nashville to celebrate her Jan. 19 birthday.

That same day, Montana Taplinger, celebrated her grandmother’s birthday alongside her mother, Nikki Sedacca, at the Ritz-Carlton Beach Club.

Terri and Michael Klauber celebrated a new union, between their daughter, Ceara, and Chad Crews, at an intimate wedding ceremony Jan. 17 at Marie Selby Botanical Gardens. The event had a boho modern theme and was planned by Ceara and Terri themselves.

But if you ask Terri Klauber, they weren't the only family members in attendance. She has always felt that, even though he's passed, her father sometimes visits in the shape of a red cardinal. It was her hope that she would see one on her daughter's special day.

"I prayed for him to show up at the ceremony and he did, in all his glory," Terri Klauber said in a text message.

Terri's mother, who passed more than 28 years ago, had a dream catcher that was part of the wedding arch, as well. It made the event something magic and spiritual, according to the mother of the bride.

Though it’s not exactly a secret in the local scene, Krystel and Matt Beall are excited to welcome their fourth child to the family. The due date is still a little bit away, but it’s going to be a boy. 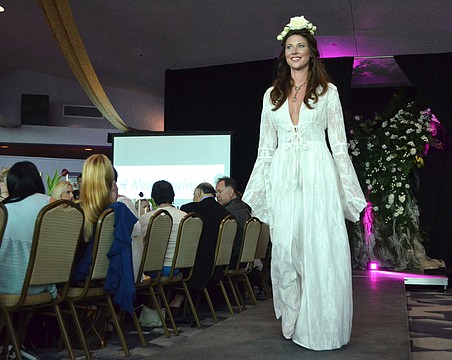 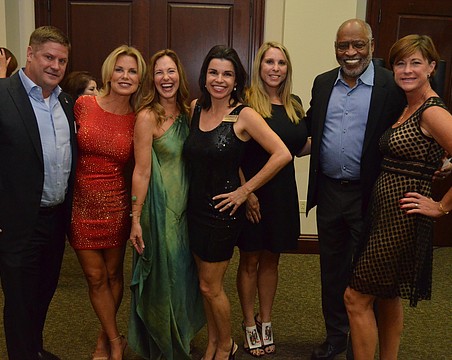 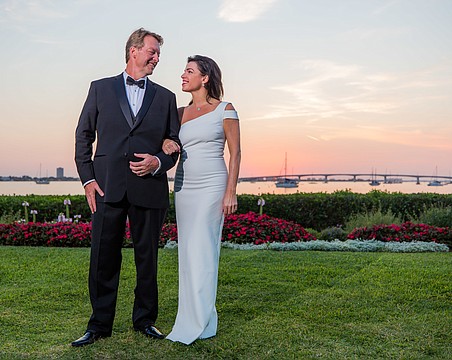 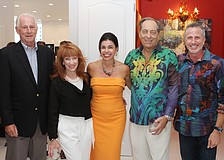 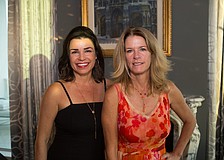 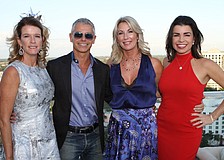 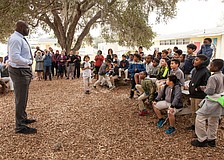 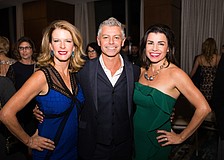