One bite, and I was back.

Back in Baltimore, at Oriole Park at Camden Yards. Back to being a kid, with no conception of such adult things as “stress” or “responsibilities.” Back to loving the game of baseball for everything that happens on the concourse as much as what happens on the diamond: Getting autographs and studying all the different merchandise options and holy cow, look at how fast these guys can throw the ball.

Food can be transportive, in that way, when a sausage casing pops just right, or a when juicy hunk of hamburger is perfectly encased in American cheese, so the two begin to meld into one.

This year, the Orioles have brought fan-favorite food stand Boog’s BBQ to Ed Smith Stadium. The stand, owned by Orioles legend Boog Powell — he of 339 career home runs and the 1970 AL MVP award — first appeared at Camden Yards in 1992, two years before I was born. I have never known one without the other. For this young fan, a trip to see the O’s with my father meant also getting from the stand something meaty and messy and, well, great.

When I heard Boog’s was coming to Sarasota, I knew I had to try some. So, during the middle innings of the team’s home opener Feb. 23, a 7-2 win over the Minnesota Twins, I went to the left field pavilion to get some. To my delight (but my stomach’s chagrin), there was a line. A long line.

“What are they doing, giving away the food?” a man in a crowd of passers-by said. I rolled by eyes. Clearly, this man had never been to Camden Yards. Clearly, he has never taken a ride on the Boog's BBQ express. I pitied him, but before I could explain the stand’s wonders, the crowd was gone, and I was not about to lose my spot in line.

Powell himself was greeting fans at the stand, like he does in Baltimore. The team said Powell will be present at select game throughout spring training, though exact dates were not specified. Once to the front of the line, I debated what to order, as everything there is divine. I went with an Italian sausage, with peppers and onions. I added a bit of ketchup, too. This is what it looked it:

Before I took a bite, I worried for a split second that the Sarasota stand, operated by Powell’s son, J.W. Powell, wouldn’t live up to the Baltimore stand’s legacy. I should not have worried. The bun was soft but hefty enough to maintain stability. The sausage had a satisfying snap. The peppers and onions added both texture and flavor. It was everything ballpark food should be. Spring training fans can experience a taste of Baltimore, too, and that makes me happy.

I guess I should add some baseball stuff in here, this being a sports column and all.

As I said, the Orioles won. It was a good day for Cedric Mullins, who went 2-for-2 with a double, a walk and a steal, and for O’s top prospect Yusniel Diaz, who hit a two-run home run. (I told you both of these guys were worth the price of admission.)

Students from Sarasota Military Academy presented the colors, and students from Sarasota Middle School sang a lovely rendition of the National Anthem. The 6,328 fans in attendance gasped when the temperature in Baltimore, 39 degrees, was announced, and cheered when they revealed Sarasota was 82 degrees. (I feel like, being outside, the crowd should have known it was warm, but I digress.) John Denver’s “Thank God I’m a Country Boy” was sung as loud as ever during the seventh-inning stretch.

“I think that it represents what the Orioles have done for Sarasota, to have 1 million people come here,” Love said. “I am thrilled beyond words.”

The Orioles are embedded in the fabric of the community here, and the fan support proves it. It took just 10 years to get to that million mark. Going to a game is always a great experience, no matter the result. But I’m most excited about the next million fans, not the previous.

They’re the ones who will grow up with Boog’s as a staple, after all. I can attest to the power that can have. 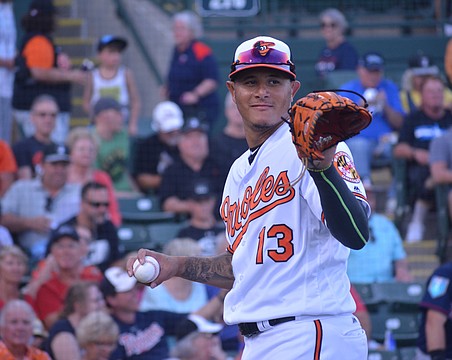 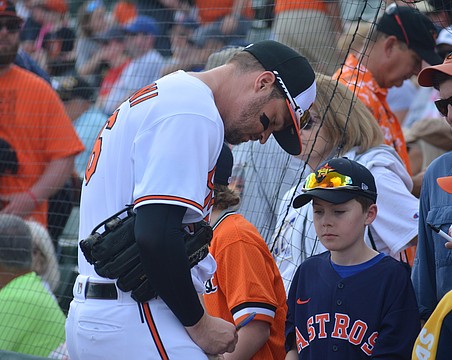 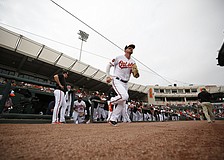 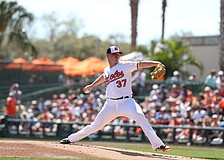 Reasons to care about Baltimore Orioles spring training in 2019 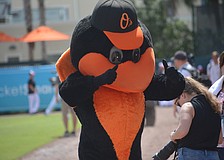 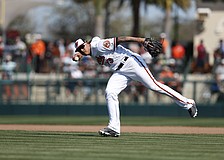 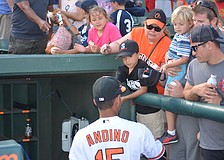 Orioles' Youth Baseball Day an example to be followed