It’s the fresh-cut grass clippings that still do it for Dan Thomas.

One whiff defines a specific place in time. For Thomas, the smell of the clippings remind him of where he is and what he’s doing, which is taking care of arguably the most important field in Sarasota.

Thomas, the Baltimore Orioles’ head groundskeeper of Florida operations, has been taking care of the Ed Smith Stadium field — and the Orioles’ other 13 spring fields, some of which are behind Ed Smith, some of which are at Twin Lakes Park — for almost nine years, starting as an assistant and working his way to the top. The Sports Turf Managers Association member accepted that organization's top “Field of the Year” award for his and his crew’s work at Ed Smith in 2015, but that hasn’t caused him to become complacent. As I walked with Thomas onto the field on March 16, he wasn’t satisfied with how it looked. There were too many miniscule adjustments he wanted to make to name, he said, things fans would never notice but stick out to Thomas every time. It’s the pursuit of perfection that keeps him going.

Little compliments along the way help. Thomas said fans will stop him and tell him how beautiful the field looks, and that makes him feel good. Players, too, give Thomas their thoughts. Sometimes they’re simple pats on the back, and other times they are tips, or requests. Thomas said newly signed starting pitcher Andrew Cashner, for example, likes a bigger pitching mound. The crew can’t raise the rubber beyond Major League Baseball’s 10-inch limit, so they thought of a workaround.

“It has a bigger ‘feel’ to it,” Thomas said. “The amount of clay on the sides is increased, etc. We got good feedback afterwards.

“If somebody is unhappy with something, we’re going to make sure we fix it. We’re constantly tweaking pitching mounds to make sure they are perfect and meet MLB standards. We want the infielders to have a safe and playable but aesthetically pleasing field. A huge part of our job is that interaction (with players and coaches).”

It’s that interaction that Thomas loves. He used to work on golf courses, but he found the job too solitary, working early in the morning before anyone else arrived. Here, he’s part of the team. He loves it, and that’s good, because outside of the usual requests from players, working at Ed Smith Stadium has presented Thomas with a … unique set of challenges.

Thomas has come a long way as a groundskeeper. His first attempts came as a child in the suburbs of Chicago, when he would dig holes in his family’s yard and cover them with brush in order to catch cats. His parents, Harold and Jennifer Thomas, “weren’t too thrilled” with that idea, Thomas said.

He transitioned to watering the grass, he said, for no particular reason, other than to feel a sense of accomplishment in his favorite environment.

“I always wanted to be outside,” Thomas said. “We didn’t have video games or things like that, like a lot of kids now do. We had to make ourselves stay busy. I just took a liking to being outside.”

He’s living his dream with one eye on the present and one on the future. Thomas said he’d like to renovate every Orioles field in Sarasota. It’s a lofty goal, but one that he thinks he can see to the finish. He used to dream of getting the call to work on Orioles Park at Camden Yards, and who knows what destiny holds, but Thomas is happy where he is. 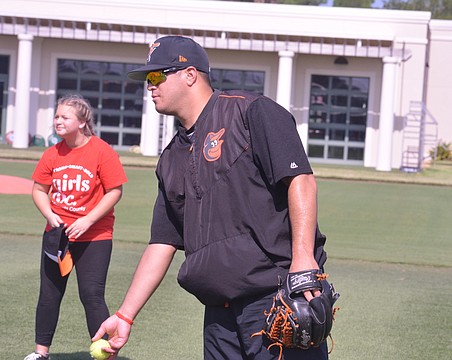 Grand slam: Orioles put on a clinic in ... putting on clinics 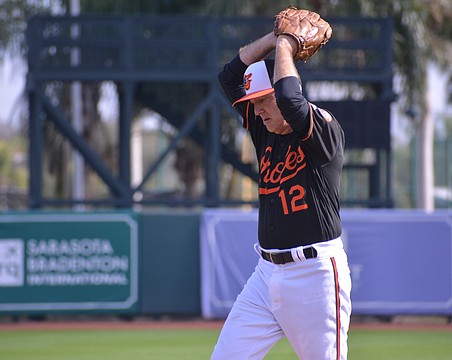 Fulfilling a fantasy: O's fans travel to Sarasota for week of nostalgia 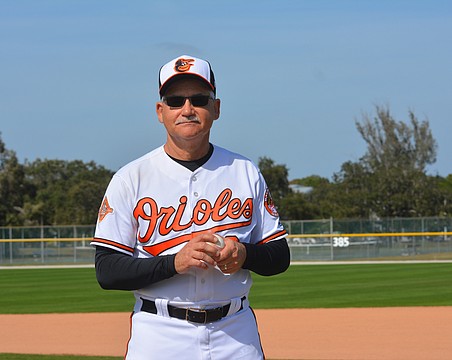 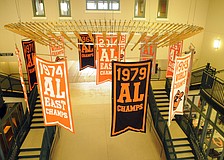 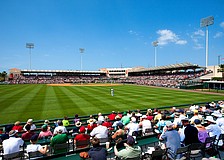 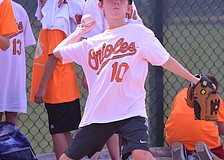 Baseball clinic gets a standing "O" 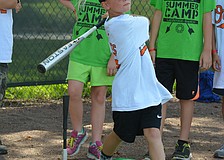 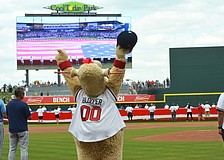 Next spring training will bring options for Sarasota baseball fans