This year’s “It’s Read Everywhere” contest traveled to the World Wide Web on YourObserver.com and asked readers to upload their submissions and vote for their favorites. During the contest, which garnered 50 submissions and 4,000 votes, The Observer has gone shopping at the Grand Bazaar, in Istanbul, Turkey, pedaled on a 10-day bike trip along the Adriatic Sea and stayed in an ice hotel, in Sweden, among many other adventures.

The grand-prize “It’s Read Everywhere” winner from The Longboat, Sarasota and East County Observers is Paul Rademaker, with his photo, “Family, Friends and Fun at Whistler,” which featured Rademaker’s friends and family holding up The East County Observer before hitting the slopes in Whistler, British Columbia. Rademaker’s photo received 2,352 votes, and, as the grand-prize winner, he will receive two $500 travel vouchers.

The Longboat Observer first-prize winner of a $350 travel voucher is Luisa Georgov for her photo, “Village of Our Ancestors — Teora, Italy,” which garnered 1,092 votes. Georgov’s photo was taken with her mother, Connie, after re-connecting with second-and-third cousins in the village of Teora, east of Naples, Italy.

Taking first prize and a $350 travel voucher for The East County Observer is Michelle Crabtree, who took her Observer along with her on a cruise to Glacier Bay, Alaska. The photo received 143 votes.

The Sarasota Observer first-prize winner of a $350 travel voucher is Michael Klauber, who had a picture taken with the Gulf Coast Connoisseur Club on its latest trip in the “La Crau” vineyards of Chateauneuf-du-Pape, France. Klauber’s picture received 164 votes. 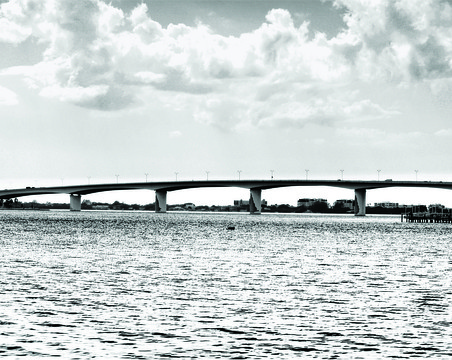 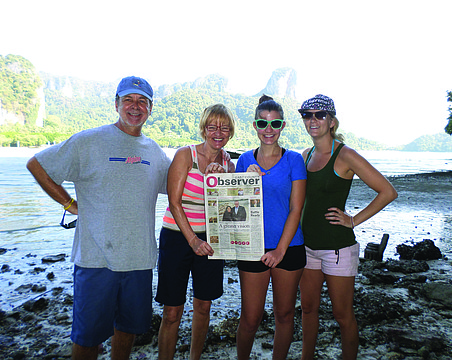 The Observer announces new contests for 2014 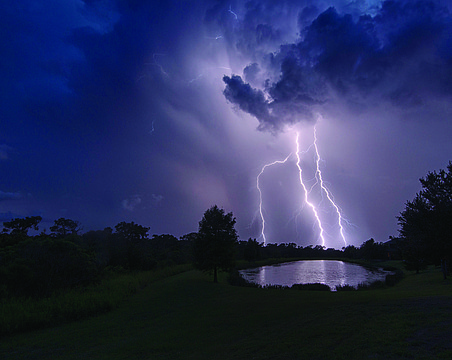 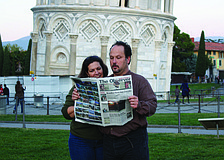 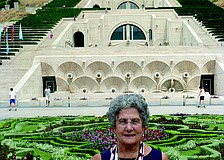 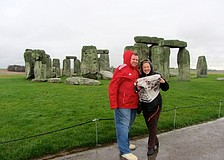 Vote now for your favorite "It's Read Everywhere" photo!