Photo by Lesley Dwyer
Suzy White waits her turn to get back on the court.

Suzy White waits her turn to get back on the court.

Photo by Lesley Dwyer
Players gather around the clay courts for a pickleball tournament at Cedars on Thursday.

Players gather around the clay courts for a pickleball tournament at Cedars on Thursday.

Photo by Lesley Dwyer
Tennis pro Jeff Otterbein socializes between games, which he says is part of the draw of pickleball.

Tennis pro Jeff Otterbein socializes between games, which he says is part of the draw of pickleball.

Nearly 30 beginner and advanced players signed up for the first tournament on Jan. 12, held on the clay courts.

“We have it on the clay because it’s a little easier on the body,” tennis pro Jeff Otterbein said, explaining the decision to avoid traditional hard surfaces for the game. “We have a ball that’s bouncy, and we’re working on the courts to hopefully get the regular pickleball to bounce better.” 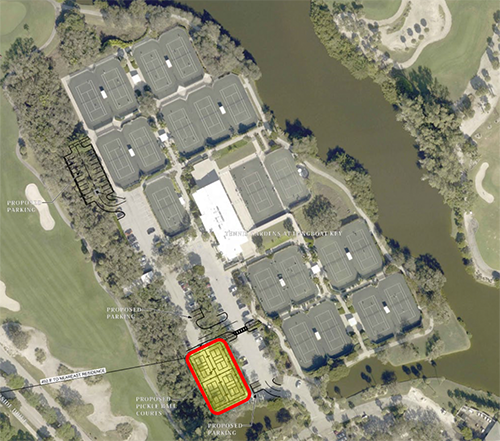 For now, players are using soft foam pickleballs, which make the game a little easier for beginners to learn. The group was split about half and half between beginner and experienced players. The beginners learned the basics, while the others played a tournament. Games were played to nine instead of 11 like a traditional pickleball match.

“Everybody goes on and off every game,” Otterbein said, “And that’s the social part of pickleball.”

Beyond chatting while waiting turns on the court, the added social element at Cedars is a trip to the tiki bar afterwards. “Games and Drinks” is now a weekly event from 4 to 5:30 p.m. every Thursday.

Cocktails are optional. The tournaments will run at least through April, but Otterbein says he’ll keep it going if enough members are signing up. 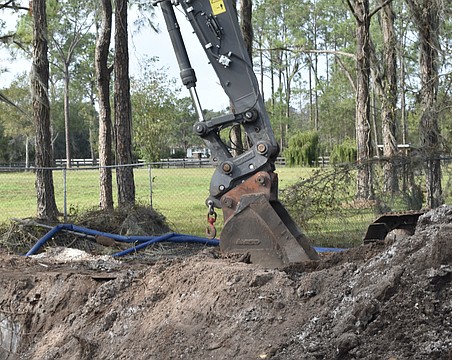 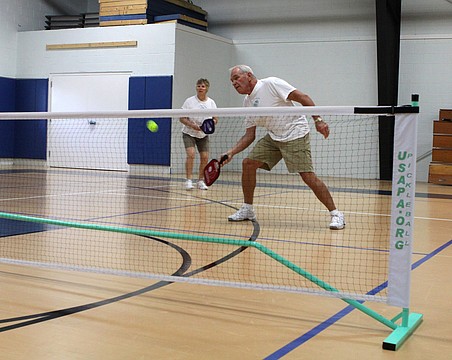 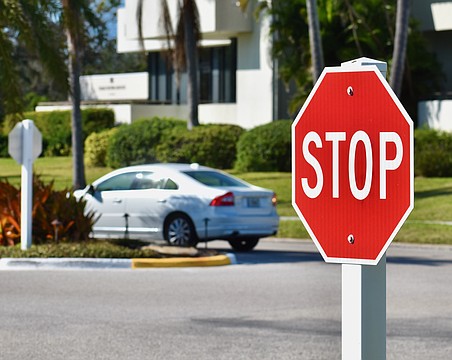 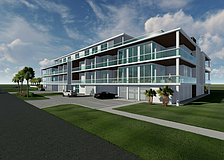 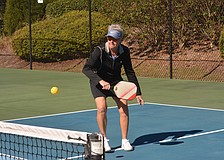 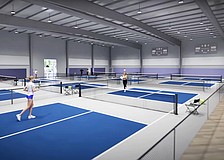 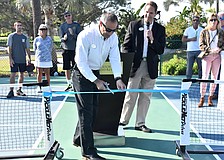 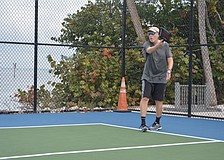