His daughter's nomination letter presents Lakewood Ranch's Bob Smith with one of the most cherished moments of his life.

After years of selfless dedication to helping those who are less fortunate, Lakewood Ranch's Bob Smith confessed he had an ulterior motive.

"I am trying to buy my way into heaven," Smith said with a laugh as he talked about his selection as the Lakewood Ranch Community Fund's C. John A. Clarke Humanitarian of the Year for 2022. "I try to carve out some time to do some good work because if I didn't, I wouldn't like my chances (of getting into heaven)."

Gene Tischer, who is president of the board for Stillpoint Mission of Bradenton, likes Smith's chances when he arrives at the pearly gates.

"I just hope I can grab his shoestrings on the way up," Tischer said.

Since 2012, Smith has organized an Appeal for Stillpoint Mission, which raises funds for a nonprofit that feeds and clothes the "poorest of the poor." Through 11 years, that appeal has resulted in $235,818 including $63,035 in 2022. Besides collecting funds, Smith has worked at the mission, handing out food and clothing.

"He is very humble and he is not trying to grab any credit," Tischer said. "What he does is no benefit to him, and he doesn't mind giving his time. Sometimes he would come down here and grab a bucket and mop because we needed the floors cleaned, or he would hand out items. He is as hands-on as he possibly could be.

"There always is a big smile on his face, and it makes us feel like he is glad to be here, like it's a privilege for him. When he is here, he is present, and my heart is with him. He has been a wonderful source of encouragement and support over the last decade-plus, and without his commitment, we couldn't have delivered the amount of supplies that we have to our clients."

Stillpoint, which has received several grants from the Lakewood Ranch Community Fund, was founded in 1998 by Franciscan Sister Nora Brick, who also in 1995 founded Project Light, a program to teach English to those who need help with the language. Smith volunteered as a teacher for 11 years, through 2017.

"I had retired (from being a real estate attorney) and I was settling in," said Smith, who moved to Lakewood Ranch with his family in 2002. "I was on the golfing, eating, wine tasting, sitting on my butt, merry-go-round. It took me five years to stumble across Stillpoint Mission and Project Light. I was able to hook on to something."

He met Sister Nora Brick in 2012 and found a calling. He asked her how she obtained funding for the mission and she said, "God provides."

"That's all good," Smith remembered thinking. "But you have to do a little on your own."

He immediately started an email campaign, mostly among his golfing buddies, to raise funds for the mission. It grew from there.

Smith. who will be presented the award at the Lakewood Ranch Community Fund's Wine & Giving event 6 p.m., Oct. 27 at Esplanade Golf and Country Club, will have his name added to the Humanitarian of the Year plaque near the fountain at Main Street at Lakewood Ranch. For tickets and information about the event, go to LWRFund.org.

He appreciates all the attention of the award, but he said one gift rises above all else.

His daughter, Amanda Tullidge Smith, wrote his nomination letter to the Community Fund board.

"Of course, most daughters think the sun rises and sets on their father, but I can truly say that my father backs up this opinion with his words and actions," Tullidge Smith wrote in her letter. "From an early age, he taught me that to whom much is given, much is expected. We were lucky enough to live a comfortable life in a Wisconsin suburb, but in many ways over the years he would teach me about the responsibilities we have to others. As a child, he would take me with him to the Waukesha Food Pantry, where he served as a board member. Together, we would stock the shelves or we would go door to door soliciting donations. For my birthday, he encouraged me to solicit donations for the food pantry rather than gifts from my classmates. He also served as a board member of the City of Hope which raised funds for cancer research. He did all of this while raising a family, attending our church, working as a solo practitioner real estate attorney in his own firm, serving on the Wisconsin State Bar, and coaching my t-ball and basketball teams."

When Smith, who turns 74 the day he receives his award, talks about his daughter's letter, he chokes up.

"Her letter ... it's one of the crowning achievements in my life," he said. "To have my daughter look back and say, 'He was a pretty cool guy.' I can die a happy man, because I know what my daughter thinks."

Tullidge Smith, an attorney, took her father's lessons to heart, serving six years on the Lakewood Ranch Community Fund board, often alongside her mom, Julie Smith.

Piazza would find jobs for some of the Stillpoint clients that Smith would send his way. Tischer, Smith said, runs Stillpoint "on his back."

"It's wonderful," Brune said of Smith receiving the award. "People know that Bob personally shows up to help. He has earned the right to ask for help. You can see him tying shoes on little girls (at Stillpoiint), and he is so fun to work with. He shows us what service and dedication really are."

When Smith was looking for a place to retire, he said one factor for choosing Lakewood Ranch was Clarke's founding of the Lakewood Ranch Community Fund.

"I had looked from Marco Island to north Tampa and I thought Lakewood Ranch was the best," Smith said. "John Clarke got the first (Humanitarian of the Year) award and there was a lot of publicity around him. It was all about what a good, vibrant community Lakewood Ranch has and that the Community Fund would get people together to do good things."

He said his wife had the thankless job of putting together the Lakewood Ranch Community Fund Gala for years while his daughter sifted through 85 or more grant applications a year, all unrecognized work.

He also talked about what being a humanitarian means to him.

"It means that you consider the welfare of others instead of concentrating on yourself," he said.

While attending the University of Wisconsin, Smith said he took a series of humanities classes that impressed upon him what it means to be human.

Bob Smith once again will be conducting the 12th annual Appeal for Stillpoint that officially kicks off in February.

He welcomes any donation of time or money before then.

"It was the most formative thing in my life," he said. "It taught me to have an appreciation for liberal arts, which almost is banned now. It taught me that it's a big world out there and to look beyond your nose, to see and understand what is going on. Because I had such an appreciation of the humanities, I was duty bound to pass that on in whatever way I could."

He is proud that he and Julie have passed the commitment to Amanda.

One of the highlights for Smith in raising Amanda was the family went to a City of Hope convention at the Beverly Hilton in 1994 and they were part of a big reception at a hotel where they were to present a check raised by their chapter. Bob and Julie sent Amanda up to the stage to present the check, and they let the master of ceremonies know that it was Amanda's 6th birthday. More than 1,500 people sang "Happy Birthday" to her when she was on the stage.

It was a lesson that altruism can have some perks.

Along with the work have been many memorable moments. Bob and Julie were invited to the wedding of a Haitian man who was a Stillpoint client. He was grateful because Bob Smith helped him earn his U.S citizenship.

And Smith loves seeing the excited looks on the faces of Stillpoint clients when their children pick out new shoes.

"Getting three pounds of beans is one thing," Smith said. "But new shoes…"

"I am incredibly proud of him," Tullidge Smith said. "He is so deserving, and he has set a good example for me."

Smith emphasized that retired folks around Lakewood Ranch can join the humanitarian effort, even if they have health issues.

"I have diabetes and a hearing aid," he said. "I can still function.

"I want to get into heaven."

Here are the winners of the C. John Clarke Humanitarian of the Year Award: 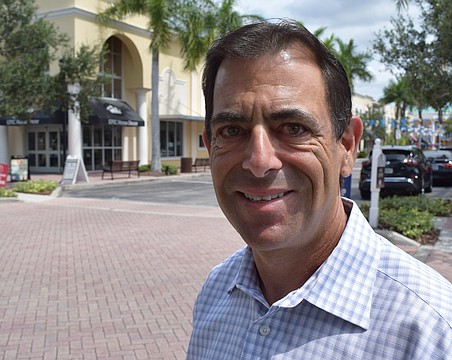 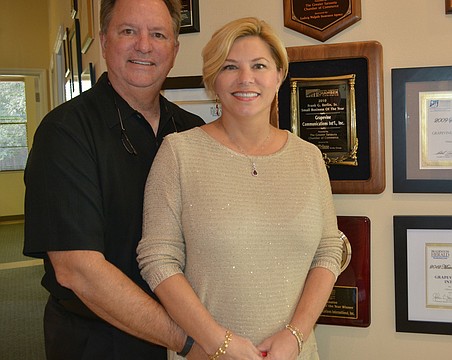 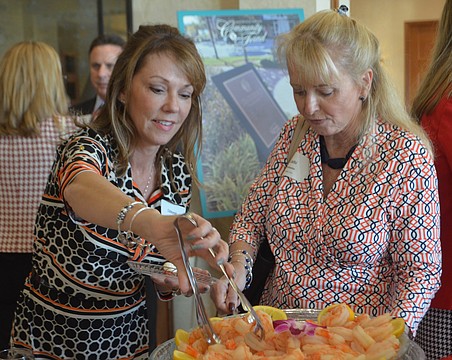 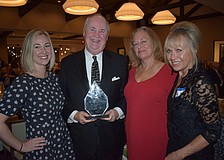 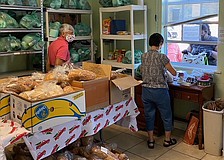 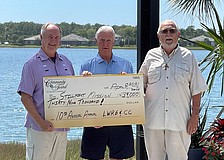 Lakewood Ranch man continues to be a driving force behind fundraiser 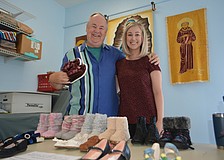 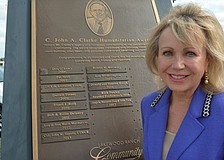