East County's Hooves with HEART survives with donations and volunteers to benefit the community.

Hooves with HEART President Danielle Curtis calls her nonprofit “a place of no judgment.”

That makes it perfect for 13-year-old Mason Kramer, a Lakewood Ranch teen who is one of the many children who has been positively impacted by the equine therapy services offered at the nonprofit.

Kramer enjoys spending time with the animals at the ranch (located at 758 Gates Creek Road) including a donkey named Donkey.

The teen likes to give treats and read to Donkey, who was named after the character from the "Shrek" film series. Sometimes he just likes to give him hugs.

His mother, Laura Kramer, said the equine therapy has helped her son in numerous ways, both physically and cognitively. She said Donkey has become a big part of her son's life, mostly because donkeys "don't judge."

She said her son is having such a good time, he doesn't realize the time he spends at Hooves with HEART has helped his academic skills. He just knows he has a companion.

Curtis said she has watched as Mason Kramer will read to Donkey in the evening.

Laura Kramer said her son also has learned to be more responsible as he will clean Donkey's stall and brush him.

Participants in the Hooves with HEART programs can ride the horses on the ranch, but they don't need to ride.

“It’s a sense of belonging,” Curtis said, noting that participants in the programs can benefit simply from their interactions with the animals, along with gaining life skills when tasked with caring for them.

The Lakewood Ranch Elks Club saw the value in the Hooves with HEART programs and started fundraising activities to help.

On Aug. 27, the Elks' Sarah Davis presented a check for $2,000 to Curtis. It was the fourth year in a row, the Elks have raised money for Hooves with HEART.

Curtis said the nonprofit, which was founded in 2019, needs the support of the community to exist. Hooves with HEART currently serves 24 clients and has a waitlist.

The Elks always seek ways to held children and veterans and Hooves with HEART has been a good fit.

“We try to find those organizations that need our help financially and need our volunteers to help them,” Davis said.

Curtis said the Hooves with HEART staff is made up entirely of volunteers, including Elks Club members.

Davis said the Elks Club raised $1,200 for Hooves with HEART through an April vendor fair and the membership threw in another $800.

Hooves with HEART clients cover a broad spectrum, including those with autism, those who have suffered emotional trauma to circumstances such as divorce or bullying at school, or those with post traumatic stress disorder.

Parrish’s Jacqui Pizzurro said when her 3-year-old son Frankie Pizzurro began attending Hooves with HEART, she noticed an enormous improvement in his speech.

“I had an idea of what equine therapy was, but it's a totally different experience when you actually see it," Jacqui Pizzurro said. "He was totally walking out of his shell, and he started to talk so much more.”

Hooves with HEART and the Elks connected her with an at-home speech therapist. The program is part of Florida Elks Children's Therapy Services, offered by the Elks organization at the state level.

She said after therapy sessions once a week over the last six months, Frankie Puzzurro had shown a notable improvement.

“He’s talking so much more,” she said. “He’s learned to share and interact with other people in a whole new way.”

Curtis said she noticed an impressive difference as well in him as well. Before the therapy, she said, Frankie Pizzurro would “talk his own language,” and now staff can interact with him.

She thanks for making it possible.

“The fact they have that resource for our kids is just amazing,” she said.

Ellenton’s Austin Ford, 22, called the equine therapy a great way for him to "de-stress.” He said he usually visits whenever he can.

Curtis said the organization has helped Ford prepare for job interviews, and that since joining, he is now a truck driver for FedEx. He now volunteers at Hooves with HEART as well.

Lakewood Ranch’s Michael Manuel, a 30-year-old military veteran, said the therapy helps him with patience and helps with his PTSD.

“It’s just something new to learn,” he said.

Curtis said while the organization benefits the individuals who participate, it also does the same for the horses. She said some of the animals come from unknown backgrounds, while others are ex-racehorses, including one, Valentino, who was set to be sold to a slaughterhouse.

Curtis emphasized the donations and volunteer hours are vital.

“Volunteers are our saving grace,” she said.

Mission: "To provide support and hope to individuals with special needs through equine-assisted activities and riding therapies."

Among the volunteers is Susannah Cripe, who is a Certified Therapeutic Riding Instructor of the Professional Association of Therapeutic Horsemanship International.

The nonprofit is hosted at Cavalli Creek Farms barn by its owners, Alessandro and Bonnie Galino. 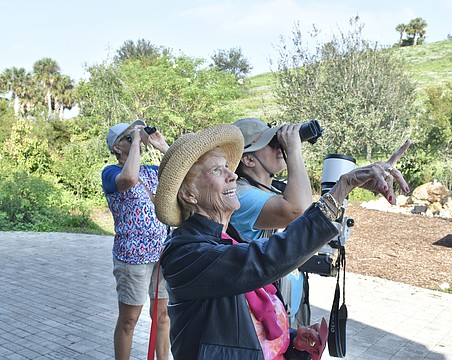 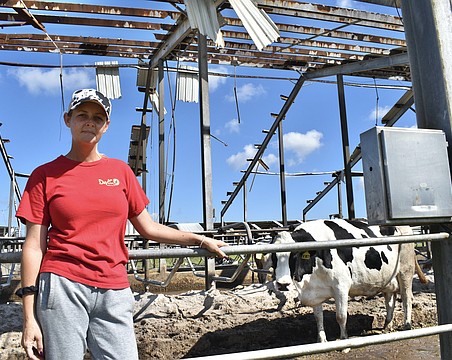 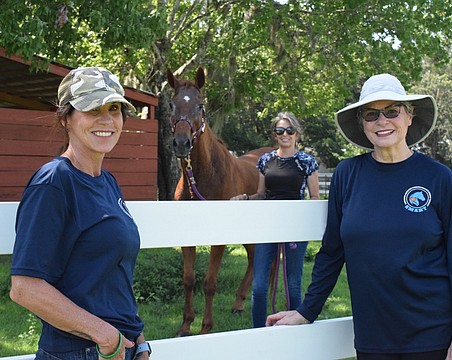 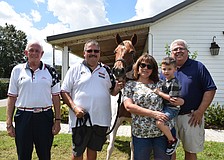 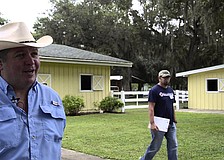 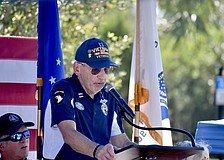 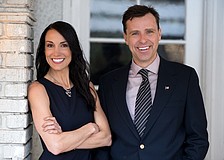