Nick Barbi is finding there is a particular science to starting a club.

And to find potential members who are interested in science, well, that adds a different dimension to his quest.

Palm Aire's Barbi has a background in design, manufacturing and sales of scientific instruments. His success in his career has allowed him to pursue the good life here since moving to Sarasota with his wife Mary Jo in 2015, but he finds most of the mixers he attends these days have more to do with the arts than his favorite topics of science, technology and education.

That's understandable since Sarasota is one of the most renowned arts communities in the U.S., along with the fact he has sold X-ray and infrared spectroscopy systems that specialize in the analysis of art. In representing an Italian infrared imaging company, his clients are mostly museums in the U.S.

But when it comes to conversation, the arts world is not his cup of tea.

A year ago, Barbi decided to start a science and technology society for the area.

He looked into forming a nonprofit, hosting a monthly or bi-monthly dinner meeting and finding speakers who would be of interest to the new club.

His desire to start this new club, though, hit a snag when those interested in joining were not interested in filling a board position or helping him perform the nuts and bolts of having a nonprofit. He needs a board for non-profit status.

"I just wished there was a group I could socialize with and feel more at home," said Barbi, who is 76. "That would be a social organization that was built around science and technology. Basically because of who I am and my age, I chose a traditional format with a nice venue and a cocktail hour."

A year after he started his pursuit, Barbi is taking the next step by hosting an event Oct. 25 at the Meadows Country Club. The first Science and Technology Society event will feature Ed Chiles, the owner of Mar Vista, the Sandbar and the Beach House restaurants, speaking about sustainable food initiatives. There will be a 45-minute cash bar beginning at 5 p.m. followed by an Italian buffet. The event costs $40 a person and those wanting to attend can contact Barbi at 267-205-7229 or by emailing him at [email protected]. Tickets must be purchased by Oct. 23.

Barbi stressed that anyone who would like to attend is invited. He has had a nice response from the public so a lively mixer is expected.

Besides the talk by Chiles, Barbi will discuss his ideas about the club and possible goals. He will see if he can induce a few people to join him in the formation of the society as far as taking leadership positions. Also, Trudy Sampson, president of the Fort Myers Scientists Society of Southwest Florida, will talk about that group's activities. Commissioner Misty Servia will be an honored guest.

While his primary motive is forming a social group, Barbi said he hopes that tapping some of the area's top minds, who he hopes will become members, might lead to an impact on the community. For instance, he has been working with an Italian scientist at a government-funded research lab that would like to test some of its unique STEM education programs in the U.S.

The project was in the Dolamites, a mountain range in northeastern Italy. The students not only learned how to build the device, but they had to market and promote it. They handled all aspects of producing and marketing the product.

Along those lines, Barbi noted he isn't trying to build a club of scientists, but those interested in science and its effect on our lives.

"I see scientists (who do join the group) having spouses or partners and would bring them to the meetings, and it would be likely that many of the guests would not be technology buffs," he said. "So we will have a mix of medium and light tech talks, considering those who might not care about the technical core but can readily appreciate the value or implications of it. The idea is that all of us, no matter how science-focused we are or aren't, will leave the meeting enlightened in some way. The idea is not the science, as much as it is the impact of science."

He said rather than seeing people dancing or hear them playing musical instruments, those attending the event will meeet people interested in the environment, sciences, ecology and education.

"Come listen to a stimulating talk, and a nice night out," he said.

Being an entrepreneur, he loves discussing how products or manufactured and marketed.

He said the Science and Technology Society might even identify projects to support as volunteers and places they can contribute their specialized talents.

"There is a lot of talent in the minds of older people here," he said. "The Meadows already has a very good science club. Perhaps I could get some of them to come to our meetings."

He needs three people to be on the board of directors, so if you are interested, contact him.

"I expect most of our group to be older people," he said. "But they can help in a number of ways. Maybe we could find people at an assisted living facility who would want to get involved. Right now, my problem is that I am a one-man show." 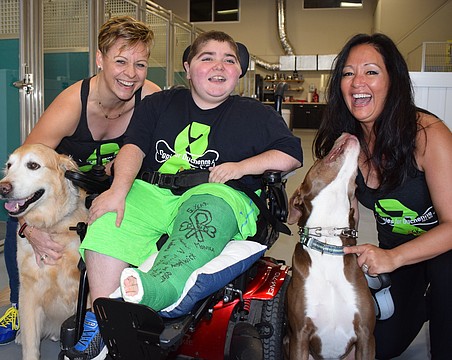 Doggies for Duchenne returns in Lakewood Ranch for its fifth run 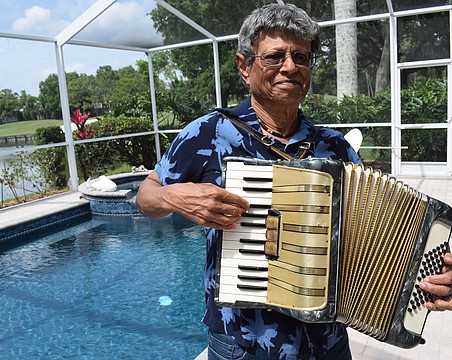 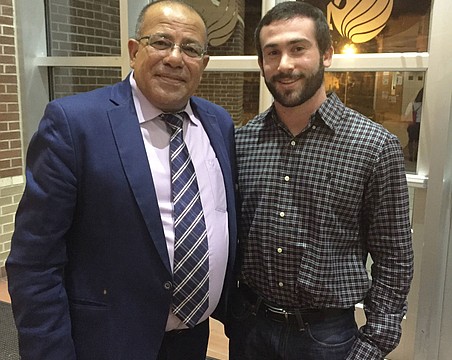 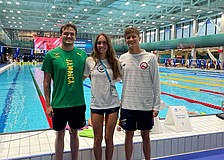 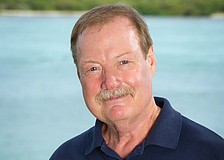 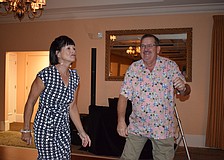 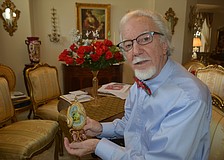 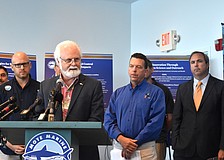