Lily Wojtkowski turns her love of doodling into a comic book featuring her pet rat, Pretzel.

No surface is safe from Lakewood Ranch's Lily Wojtkowski.

The 12-year-old, who lives in the Park East at Azario neighborhood, will doodle literally anywhere.

When she was younger, she drew on the walls or would lie underneath the kitchen table and doodle on the bottom side of it.

Her mother, Kate Wojtkowski, said her daughter has been drawing ever since she could hold a crayon.

“I’ve stepped away from my desk a few times and come back to a little dragon or a little doodle,” Kate Wojtkowski said.

Lily Wojtkowski has found a new way to use her artistic talents. She has self-published a comic book, “Pretzel Rat” on Amazon. The hand-drawn comic book features the adventures of her pet rat, Pretzel, who works as a mailman.

She is working on her second book, “Pretzel Rat, the New Era,” which will continue to feature Pretzel as well as her new rat, Baxter, and other characters she’s developed.

In her second comic book, Pretzel stumbles across a new marsh and explores the area.

Lily Wojtkowski remembered when she was in first grade and she wanted to do animation but didn't have the necessary equipment. She had to find another creative outlet.

She had access to plenty of paper and markers, so she started creating comics.

“I fell in love with the concept of making comics,” she said. “You’re able to draw a story without writing every little detail about it. It’s more interesting because you could look at the pictures if you’re not into reading a chapter book. They can be funny, they can be adventurous.”

Kate Wojtkowski said her daughter always has been whimsical and imaginative. Lily Wojtkowski could channel that imagination into her comics, having Pretzel live on a marsh and travel to different places.

“She started creating this comic so he could have a more adventurous life than he has right now,” Kate Wojtkowski said.

Lily Wojtkowski started working on comics based on Pretzel when she returned to school after she bought the gray and white rat from a pet store in January 2020. She didn’t want to go back to school after winter break because she wanted to spend more time with Pretzel.

Any chance she had, Wojtkowski was doodling him on paper. Her doodles then turned into comics.

“Every day I would make a comic and come back to Pretzel at home,” she said. “It was like I could have him both at school and at home.”

Lily Wojtkowski decided to get a rat after her mother suggested a rat as a pet. Kate Wojtkowski owned a rat when she was a child.

So the Wojtkowskis went to a pet store and met Pretzel.

“I fell in love with them,” Lily Wojtkowski said. “I had never met a rat in real life. I’ve only seen them on videos, but I was never afraid to see a rat. I just didn’t know what they were like.”

Lily Wojtkowski's "Pretzel Rat" comic book is available on Amazon as well as at Suitcase Sweets on Main Street at Lakewood Ranch.

The family went to buy Pretzel in January 2020. Wojtkowski remembers the day vividly. She was wearing a green sweater, and Pretzel immediately climbed into the sleeve of her sweater. He just sat there calmly.

“I thought it was lovely, and I was excited to meet him,” she said.

Since then, she’s learned more about rats, including that if she leaves a pet rat in her room outside of a cage and doesn’t pay attention, the rate is likely to tear apart the curtains. She said a rat is sweet, kind and smart. Teaching a rat to do tricks isn’t as easy as it might seem. Lily Wojtkowski said has Pretzel figured out how to take a treat treat out of her hand before a trick is accomplished.

Lily Wojtkowski said Pretzel is adventurous and he always wants to try something new. His adventurous nature rubbed off on his brother, Dots, who the family bought soon after Pretzel.

In the comics, Pretzel works as a mail man while Dots works at the post office. Pretzel travels around the marsh delivering mail and interacting with various characters including Guppie, a fish, a pair of dragons (Sprinkle and Leaf), Buterscotch, a gray fox. He travels to a cafe, a convention, a festival, markets and more.

The last page of the comic book features photos of the real life Pretzel and Dots, so readers can see how her drawings compare to the actual rats.

Lily Wojtkowski said drawing Pretzel was difficult because she wanted to make sure her character actually looked and acted like her pet. For example, she wondered whether Pretzel would ask for food or if he would just take some.

"Sometimes I'm thinking I don't know if this makes sense for the character," she said. "Other times, I look at Pretzel and I'm like, no, he would do that."

Lily Wojtkowski said she was excited when she saw the final comic book together in a book. Her dream of publishing a comic book came true, and now she could entertain people while sharing about her rats.

Kate Wojtkowski, an entrepreneur, said she’s proud of her daughter for creating a comic book. She said she oftentimes has to remind herself that Lily Wojtkowski is only 12, and sometimes she just wants to be a kid rather than focusing on how she can market her comic book, or make other products such as stickers of the characters.

Although she’s not sure exactly what she would like to do as a career, she knows she wants to work with animals and continue to draw, possibly combining the two and drawing the animals she would be working with at her job. 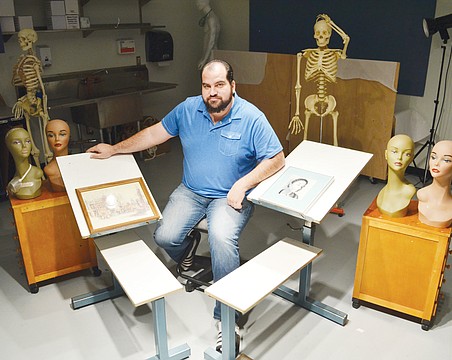 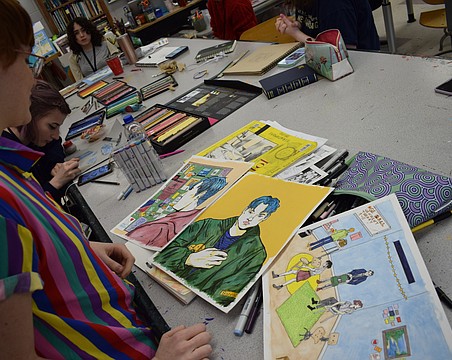 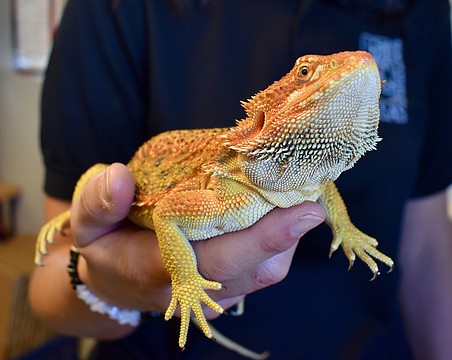 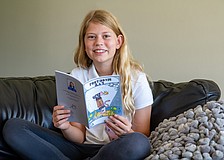 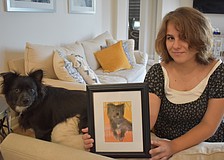 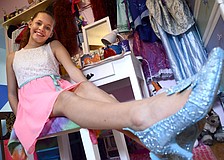 Belle of the ball gowns 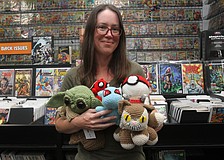 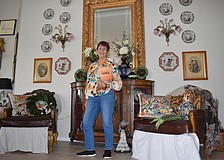