Some things will never change.

Thanks to the Broadway musical adaptation, the characters of Damon Runyon’s short stories will live forever in “Guys and Dolls.” They’re living and breathing right now on the Westcoast Black Theatre Troupe stage.

This musical’s slice of time is packed with colorful characters.

In the ineluctable logic of storytelling, these characters all want something, and have to overcome some obstacle to get it.

Nathan Detroit (Warren G. Nolan Jr.) wants to find a spot for his “permanent floating crap game,” but can’t cough up the $1,000 rent fee for the only available secret spot. After a 14-year engagement, Nathan’s fiancée, Adelaide (Marta McKinnon) wants to tie the knot already. Sister Sarah (Kirstin Angelina Henry) wants to save souls. (As she works for the Save-A-Soul Mission, her desire is also her job description.)

Sky Masterson (Brian Boyd) initially wants to win a $1,000 bet with Nathan — and then wants to win Sister Sarah’s heart. Lieutenant Brannigan (Michael Mejia-Mendez) just wants to throw most of the other characters in jail.

So, do these “Guys and Dolls” find what they’re looking for? I won’t spoil the ending.

Let’s just say if they all wound up dead in a gangland shooting, this Broadway blockbuster wouldn’t still be alive and kicking in the 21st century.

The WBTT production succeeds at every level. It’s a matter of skill, not luck.

Director Jim Weaver is hitting on all cylinders. This musical’s weird subcultures started out in observable reality and wound up in fantasyland. The result is sentimentality disguised as cynicism. If the director’s tone is too gritty or too sappy, this musical doesn’t work. Weaver deftly walks that tightrope. And it works.

Nolan Jr.’s Nathan Detroit is an entrepreneurial everyman whose skill set is sadly illegal. Boyd’s sweet-talking, heart-stealing Sky Masterson might be related to Lando Calrissian.  Henry’s Sarah Brown avoids the stereotype of prim religiosity and sells you on her transition to romantic (but still religious) womanhood.

Jordan’s choreography is energetic, athletic and sometimes balletic. He’s in perfect synch with the director’s intentions. (Since he’s also the director, they probably didn’t argue much.)

The result is a visual treat. What you hear is as fun as what you see. Music director Christopher Jordan’s arrangements sizzle with subtle contemporary choices. The band he directs is out of sight but never out of mind.

They started out with great material, of course. “Guys and Dolls” has a lot going for it.

Frank Loesser’s music and lyrics are catchy and clever. His tunes (“Luck Be a Lady,” “I’ve Never Been in Love Before,” “Sit Down, You’re Rocking the Boat”) were a hit parade in 1950 — and just as entertaining today.

Starting with fragments of Runyon’s fiction, writers Jo Swerling and Abe Burrows created a hilarious, yet moving story. The tale is wildly improbable; But it grabs you and won’t let go.

You identify with the relatable characters and laugh at the oddballs. Either way, you’re hooked.

Like the patois in “A Clockwork Orange,” the lingo pulls you into the musical’s world.

And speaking of parallel realities, this show has an added bonus …

The creators of “Guys and Dolls” sifted out his sneers and slurs in their musical adaptation. This WBBT production goes further. Their African-American cast implies an alternate history where racism didn’t exist. Black people live in New York City in this counterfactual 1950. But they don’t live in the ghetto.

Evidently, some things change. At least in the many realms of musical theater.

Due to a scheduling conflict, this is a review of a preview show. This is by permission of WBTT, who stress that the talents involved were still refining the performance. 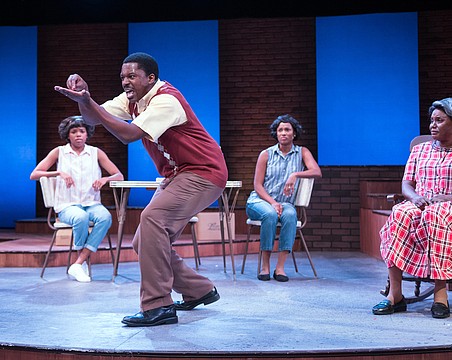 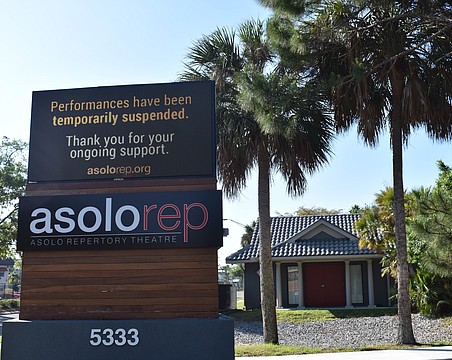 As season recedes further, groups look to the future 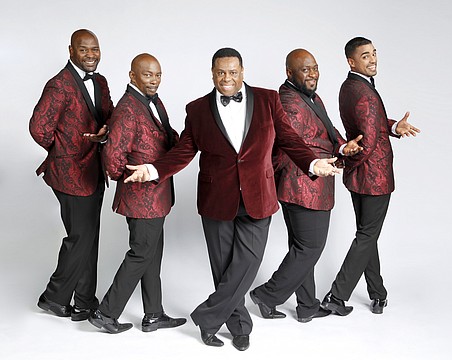 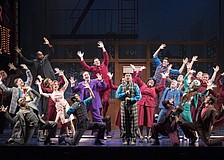 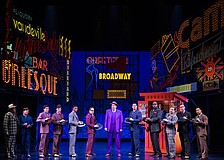 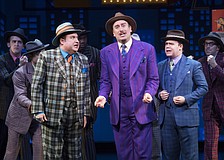 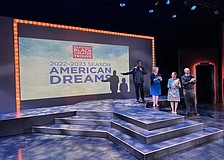 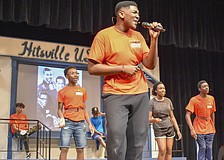