Angel flies through the storm at Bearadise in Myakka

Bearadise owner Monica Welde says miracle flight of a porcelain angel during Hurricane Ian was a sign from her late husband.

With the winds of Hurricane Ian sweeping over Bearadise at more than 100 mph late on Sept. 28, Monica Welde went outside her Myakka City home to check on her beloved eight bears.

Before she could get to the bear house, the winds had ripped open the two large barn doors on her Welcome Barn, which contains her gift shop, snack bar and memorabilia.

Those barn doors had been secured by three heavy metal slats, which rested in brackets on either side of the doors. The slats horizontally crossed the doors at the bottom, middle and top, on the inside of the barn. And yet, the wind lifted them right out of their brackets.

Welde's adult daughter, Jennifer Welde, ran from the house to help her mom as the contents inside the Welcome Barn started to blow out the doors. The winds, though, were too strong and dangerous, and the two women fought through it back to the house, without managing to close those barn doors.

"Everything was flying out (of the Welcome Barn), but we were getting blown away," Monica Welde said.

The night simply wouldn't end as Welde, watching the clock tick away each minute, worried about her bears.

"We were hearing noises on the roof," she said. "I thought we were going to lose it. All I could do was pray."

Finally, the sun peaked through enough to bring daylight to Bearadise. Welde raced to the bear house, which her late husband, Johnny, had constructed mostly out of concrete. The house and her bears were just fine.

Filled with emotion, she walked back toward her house, which sits a couple of hundred yards from the bear house. The fence around her patio had been shredded, but to her surprise, her roof only had minor damage.

"The gutter was torn off, and it was hitting the side of the house," she said of the noises she had heard hours before. "The rest of the roof was intact."

As she walked the perimeter of the home, she noticed something white in the grass underneath her bedroom window. She walked to it.

It was a porcelain angel that was part of a floral arrangement sent to Johnny's funeral in 2017. She kneeled to pick up the angel, seeing that it had not been damaged by the storm, and she burst into tears.

All she thought about was how this angel had to be a sign from Johnny.

Her husband, who was completely healthy at the time, told her three years before his death that they would never grow old together. He had a premonition that he would be leaving the world early, a premonition that came about when he had a heart attack in his sleep in 2017 at the age of 60.

"But he said 'I always will watch over you, the kids (Jennifer and Johnny Jr.), and the bears," Welde said.

After his funeral, she took the porcelain angel, and the cards she had received at the funeral, and packed them together in a box. She put the box in a store room in her Welcome Barn.

Somehow, in the worst of the hurricane, the angel had flown out of the store room, out of the Welcome Barn, and out of the box. The opening of the barn doors faces away from the house, which was about 75 yards away, so the angel had to make a left-hand turn before landing under Welde's bedroom window.

How could that be?

"It's kind of a miracle if you believe in that stuff," said Welde, who was raised Catholic.

Three days later, Welde was in her Welcome Barn, checking for damage. The gift shop was full of black dirt from the neighbor's farm. Some of her cherished memorabilia, such as a Disney poster for the movie, "The Incredible Journey" that featured her late black bear Carroll, was on the floor, the glass frame shattered and the poster having suffered water damage. For much of the memorabilia, it was a complete loss.

A photo of Carroll with Lucille Ball survived and still hung on the wall, alongside of a rare poster of the movie "Man's Favorite Sport?" Welde explained that movie, that starred Rock Hudson, featured Carroll riding a motorcycle that was operated by remote control.

With damage all around her, she could smile.

"First and foremost, I am grateful we survived this," she said. "Some were not so fortunate. This is all repairable."

She already had cancelled several upcoming tours, and she needed to clean the gift shop as soon as possible to host Halloween Tours at Bearadise. The fences on the perimeter of the property, and around the bear habitats, had been crushed by falling trees. Like many in Myakka City, Bearadise had no power.

But like many in Myakka City, help was on the way.

Big Cat Habitat's Clayton Rosaire came with a crew and machinery to clear fallen trees away from the fences. A truck from Arkansas Power and Light was working on nearby power lines. A disaster relief hub was set up at the Myakka Community Center.

Most of the work at Bearadise, Welde said can be accomplished by her family, which includes her son Johnny Jr., who was out of town during the hurricane. She said if anyone wants to help, Bearadise is in need of sawdust and dog food (for the bears) that includes Monkey Crunch (the bears like it) and sweet potatoes.

Better yet, her bear Bruno, an 8-foot-tall, 750-pound Syrian brown bear, is in the final four of the America's Favorite Pet competition that presents the winner with a $10,000 check. It would be a windfall for Bearadise's cleanup efforts.

Welde laughs when she considers Bruno's main competition is a singing donkey. It feels good to laugh after a hurricane.

She talked about others in the area, such as those at Dakin Dairy, which had more than 250 cows perish in the storm.

"It is heart-wrenching," she said. "I've been here 42 years and I've never seen anything like this."

She credits her late husband for getting her family and their 15-acre ranch through the storm.

"My husband was a heck of a welder and builder," she said. "The outbuildings are mostly concrete walls. They all are intact."

Monica Welde was asked if she will continue to run Bearadise after another disaster.

"We have too much history here," she said. "I will take care of these bears until they pass away. They aren't props. They are family."

Besides, she has magic, now sitting on a shelf in her home, for all to see. 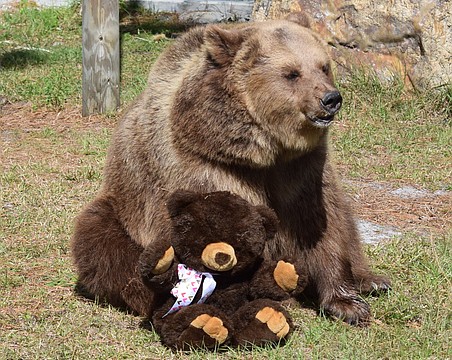 It's tea time with mama bear at Myakka ranch 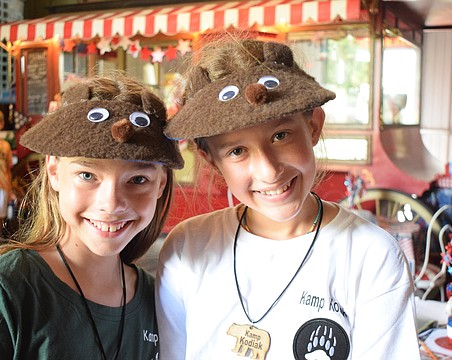 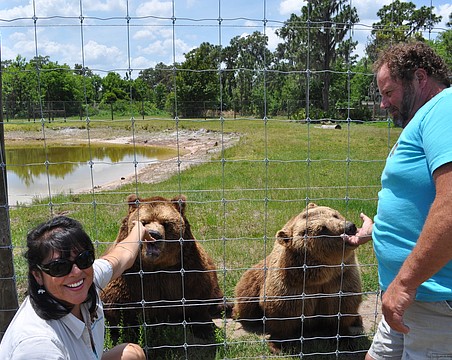 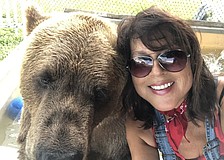 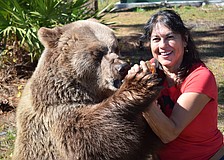 Clawing through the pandemic at Bearadise in Myakka City 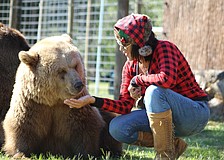 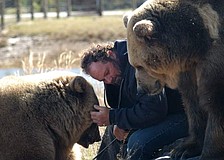 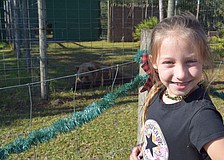