It may have appeared to be an orchestrated effort to oust the Sarasota superintendent. But there are multiple sides to this.

He always had a choice.

Sarasota Schools Superintendent Brennan Asplen could try to make it work. Or, he could give up and move on.

As this went to press, his future as superintendent hinged on Tuesday’s special board meeting.

At first blush, the drama surrounding Asplen’s future triggered recollections of the turmoil that engulfed the Manatee County Commission at the start of 2021.

If you recall, in the wake of the 2020 election, as soon as the new majority of newly elected Republicans took their seats, they immediately voted to discuss the job performance of County Administrator Cheri Corya. In less than a month, she resigned.

So when Sarasota School Board Karen Rose at the Nov. 22 organizational meeting of the new Republican-dominated school board asked for a special meeting to discuss the termination of Asplen’s contract, it looked like a repeat — an abrupt, politically driven motion that would bring a fait accompli:

The Republicans were now in charge, and there’s no point wasting time. Let the change begin — starting at the top!

In fact, we’ve heard from numerous observers how they concluded that when Rose made the motion “to recommend the termination of the contract” of Asplen, it was a done deal. She wanted him fired. And the other three Republican board members were on board. Asplen supporters made suggestions and accusations that those nasty Republicans conspired and colluded illegally to orchestrate Asplen’s departure.

Hold on. There are always multiple sides to a story like this. Indeed, as is the case in so many firings of school superintendents, city managers and other high profile public officials, there is always much the public does not know. Likewise, as most business people know, more often than not, firings and resignations are the result of an accumulation of actions and behaviors over time that come to a tipping point. They aren’t sudden.

Perhaps this outcome with Asplen — are you with us and in, or are you not and out? — was predictable. He apparently worked well with the previous board, which before the August primary elections, consisted of the majority of Jane Godwin, Shirley Brown and Tom Edwards, all Democrats and philosophically at odds with the two Republican board members, Bridget Ziegler and Karen Rose.

So when voters selected two more Republicans to replace retiring Godwin and Brown, perhaps it was inevitable that the future of Asplen’s employment would rise to the top of the board’s agenda.

In interviews with Rose, Ziegler and newly elected board member Robyn Marinelli, there was no plan or intention to fire Asplen. Each member told us over the weekend and Monday they had not made a decision going into Tuesday’s school board meeting.

Board member Tim Enos did not respond.

Marinelli said she voted in favor of having Tuesday’s special meeting because the motion specifically stated “to have a discussion about the superintendent.”

“I want to hear from the public,” Marinelli said Monday. Asked if she discussed Asplen’s future with board members or anyone else prior to Tuesday, she said: “Absolutely not.”

Marinelli said voters repeatedly asked her before the election if she would vote to fire him if elected, and she said, “My response was I am the only board member who has never worked with him. I wouldn’t make a decision without having all the facts.”

Ziegler told us she was going into Tuesday’s meeting “on the fence.”

“I’ve always had a pretty good relationship with him,” she said. “But I’ve also been very candid about wearing my positions on my sleeve.”

She said the level of trust between them has been “less than to be desired,” and that “if you aggregated everything, it starts to make you question.” In a one-on-one meeting with Asplen about her evaluation, she said she spoke about “opportunities for growth with the new board” and that with everyone “there’s always room for improvement.”

And while she said prior to Tuesday’s meeting, she was hoping for a positive outcome and open to Asplen wanting to work with the new board, she said: “He has not done much to give an optimistic look about the future.” Efforts to have that conversation went unanswered.

And what of Rose? Her original motion was “to recommend the termination of the superintendent’s contract.”

Told that people assumed and concluded she wants Asplen fired, Rose said: “I would have given a whole list of things, if I wanted to fire him. My sole goal was to initiate a process for how we are going to bring unity back to the district. I’ve had the opportunity to work for three decades in this district with unity. So the divisiveness has to be addressed.

“There has a been a strong, consistent voice for change in the district going back to COVID,” she said. “With a lot of engagement from the community … And I’ve tried for change on the dais and in one-on-ones,” she said. “But I don’t see it.”

During the board’s evaluations of Asplen at the Nov. 2 meeting, Asplen took time to respond in detail and point-by-point to Rose’s specific “needs improvement” criticisms. When you watch his comments, you can sense defensiveness.

Rose said he “tore apart” her evaluation. And that, you also can sense in conversation with her, played a role in her motion for a special meeting. “I feel like I didn’t have any choices left but to rip off the Band-Aid. I’m giving him a chance to do what he hasn’t done: change.”

Rose said Monday she was open to Asplen continuing to work with the board. “We need to find a commonality that everyone can agree on,” she said. “For me, the goal is no politics in our schools or influencing any ideology. It’s about teaching our kids reading, writing, math, history and science. It’s not about Dems and R’s. It’s about families and kids.”

As of this writing, the board had yet to meet. And Asplen had not responded to our call and email questions.

Regardless of the outcome at Tuesday’s meeting, a point to be made here is this: As we all have seen so many times in other instances, this story shows there are always multiple sides to a story. Practically everyone has a different version and interpretation.

Likewise, people who serve on boards of directors know there almost always is some friction occurring behind the closed boardroom doors and kept out of the public eye. Indeed, there is wisdom in the saying: If everyone on a board is always in agreement, the organization doesn’t have a good board. At the same time, we all know too much friction is detrimental and destructive.

But what readers can believe from our interviews with Rose, Ziegler and Marinelli is they dispel the accusations that Rose’s motion was pre-orchestrated by a band of evil, dastardly, colluding Republican politicians. What’s more, they were not going into Tuesday’s meeting with the express intent to fire Asplen.

Yes, we don’t have Asplen’s version of his interactions with Ziegler and Rose. But it wouldn’t matter.

From the day after the August primary elections, when it was determined there would be four Republicans and one Democrat on the school board, Asplen knew he had a choice. He knew the dynamics of his board were taking a dramatic turn. And surely he knew that at some point he would have to make a choice: Either try to work with his new bosses, or give up and opt out.

In the end, it is his choice. 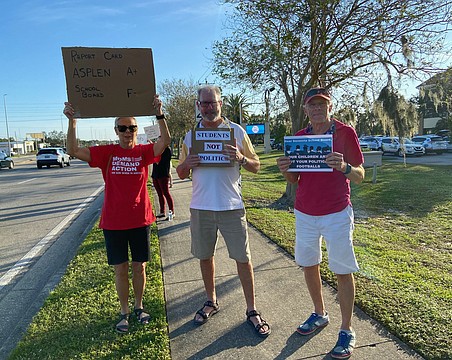 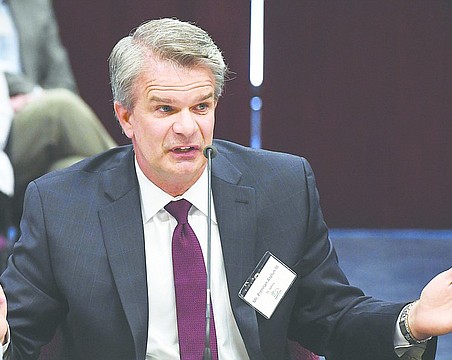 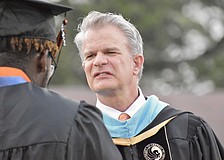 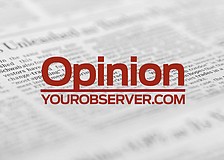