Another week, another rematch for the Riverview High football team.

After defeating neighboring rival Sarasota High for the 12th-straight time, 28-7, on Nov. 18 in the Florida High School Athletic Association Class 4S regional semifinals, the Rams (5-6) will face another familiar foe in the regional final (Elite Eight). This time it is Venice High (7-3), with whom the Rams share much history. Riverview has dropped five-straight to the Indians, including a 31-21 loss on Oct. 21 and a season-ending 56-14 loss in last year's playoffs.

The Rams believe the version of their team that will take the Venice field at 7:30 p.m. Friday is not the same one who took the field against the Indians in October. After playing four games in 12 days to end the regular season, losing the finale against Cardinal Mooney High (4-7), the Rams were tired and thought their season was over. But after it turned out Riverview did just enough to impress the FHSAA algorithm and sneak into a No. 7 seed, Rams coach Josh Smithers said the team came back to practice with a renewed focus.

"Credit to our seniors," Smithers said. "They have been unbelievable this year with all the adversity we had to go through. Our kids are resilient.

"They are an unbelievable group of young men. I love them."

Even though Riverview lost the season's first matchup with Venice, the Rams feel like they played well, even holding a 14-7 lead at the end of the first quarter. Venice is undefeated against fellow Suburban-class teams in 2022. The only Suburban team to keep the game closer was Naples High (9-2), which lost 12-11 on Sept. 2.

The Rams' defense has played the biggest part in the team's increased level of play. Riverview has allowed 36 points over its last four games. Football fans know about Charles Lester III, the Rams' cornerback with offers from Alabama, Georgia, Michigan, Ohio State and Florida, among many others.

Lester is the No. 22 player in the Class of 2024 on the 247 Sports Composite ranking. But the defensive success has been the result of a unit working in sync. Against Sarasota High last week, an interception from senior safety Lauriel "Scoota" Trotman, returned to the Sailors' 20-yard line, led to a touchdown run from sophomore DJ Johnson. Meanwhile, the team's run defense, led by senior end/tackle Demarcus Abner, senior linebacker Deshaun Olave and others, left the Sailors' trio of backs little room to maneuver, holding them to 97 yards on a combined 24 carries.

The Rams will need the unit to stand strong again Friday. After a slow start, the Venice offense has caught fire of late; the Indians dropped 39 points on Lehigh High (5-4) last week and a video game-like 87 points on Riverdale High (4-4) the prior week. Senior quarterback Brooks Bentley has thrown 16 touchdowns to one interception, with seven of those touchdowns going to senior wideout Keyon Sears. Sears is 5-foot-7 but uses his speed to find space over the middle and is difficult to catch in the open field. On the ground,junior Alvin Johnson III and sophomore Jamarice Wilder have gained 1,222 yards and 115 touchdowns.

Lester is typically in a class by himself on the field, but this time around  Venice's defense has two players who could argue their way into his echelon. Senior defensive back Elliott Washington is committed to Penn State; Washington is the No. 142 player in the Class of 2023 on the 247 Sports Composite. Senior linebacker Damon Wilson is uncommitted, but is No. 19 on the composite and holds offers from Alabama, Georgia, Ohio State, Texas and Miami among others.

Getting points on that unit is a must if Riverview is to advance to the state Final Four. While Riverview's offensive production has not been elite, but has picked up the pace in the postseason. DJ Johnson ran for 163 yards against the Sailors and 182 yards the week prior against Gulf Coast High (8-3). Junior quarterback Jeremiah Dawson threw two touchdowns against the Sailors, one to Lester on a 53-yard screen pass and one to senior Marshall Thompson on a red zone pass that Thompson caught over multiple defenders while tapping his feet in the back of the end zone.

The Rams also got a touchdown in tricky fashion. Facing a fourth and ??? from the Sailors' 11-yard line, Smithers said he considered kicking a field goal, but was worried about his special teams unit's ability to fend off Sailors rushers. Instead, the Rams had Dawson throw another screen pass to Lester — who this time did not sprint upfield but turned and threw the ball again himself. The pass found senior tight end Luke Petitta open in the end zone for a touchdown.

Whether it's via trick plays, runs up the gut or even on defense, the Rams will take points however they can get them. All that matters at this stage of the season is the final result.

"We have to keep our wits about us," Smithers said. "We can't turn the ball over. Defensively, we have to stay in our gaps. I'm proud of our guys. If we can keep getting a little bit better this week, we'll see what happens."

At stake: A spot in the FHSAA Class 4S state semifinals 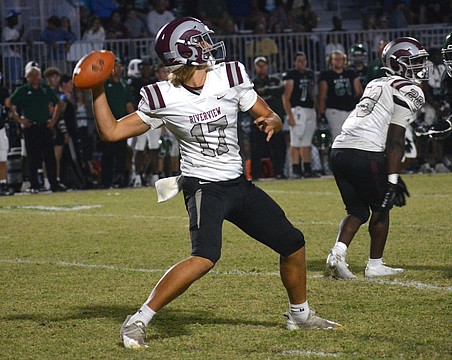 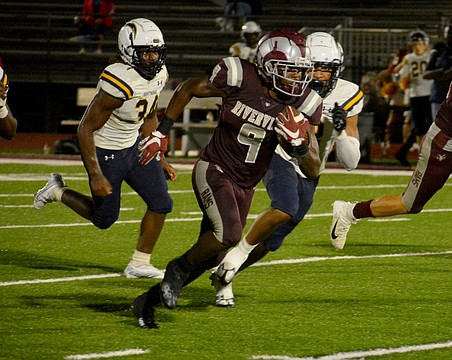 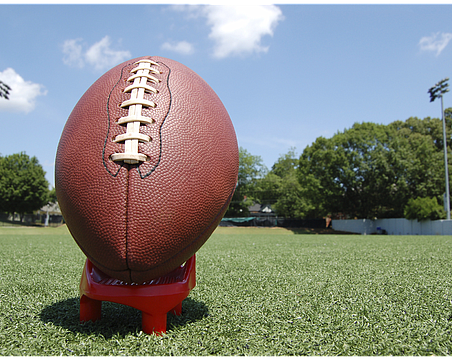 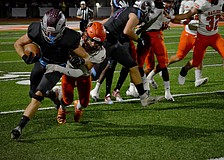 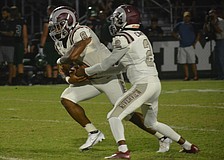 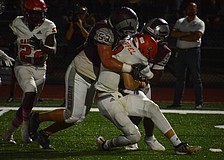 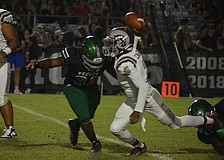 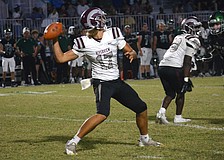 Prose and Kohn: Riverview football heads into offseason having taken 'a good step'