River Club's Beth Grogan and her elves delivered thousands of gifts to children in need.

Lakewood Ranch has its own North Pole.

Walking into the home of River Club's Beth Grogan, gifts are piled upon tables, couches, chairs, and the floor.

Grogan’s elves, or in this case volunteers, are busy wrapping and organizing gifts to ensure they are delivered to nine Manatee County schools on time to distribute to students in need as part of Grogan’s nonprofit, Magic of Mittens.

Magic of Mittens has people volunteer to sponsor children and families in need, and give them Christmas gifts.

Magic of Mittens started 17 years ago when Grogran’s daughter Madi came home from pre-K at Rowlett Academy in tears after winter break.

Madi Grogan questioned how Santa could forget to deliver gifts to one of her classmates.

“Your mama heart just aches because you ache for the parent raising that child,” she said. “You know how hard it must be for that parent to know they truly can’t afford to give their child the magic of Christmas. As a mom who absolutely loves and adores all children, just the thought of a child waking up Christmas morning and not having a single present broke my heart.”

She worked with the teacher to have Santa make a late delivery.

“I vowed then and there that that wasn’t going to happen on my watch,” Grogan said.

Since then, Magic of Mittens went from helping 20 to 25 children to more than 700 children across nine Manatee County schools this year.

Starting in September, Beth Grogan, the founder of Magic of Mittens, works with her contacts at nine elementary schools who give her the referrals of families in need.

The families fill out forms that include ages, clothing sizes and items on their wishlist.

Grogan takes that information to create a family sheet to give to people who are sponsoring the families.

She works to ensure every child is sponsored.

Sponsors then buy an item of necessity, such as clothing or shoes, as well as at least two items on the child’s wishlist.

Sponsors bring the gifts to Grogan’s home where Magic of Mittens volunteers wrap the gifts and label each one with the child’s name.

Volunteers organize them in large bags to be delivered to the schools or individual families in early December.

Schools provide Grogan with referrals of families in need.

Grogan remembered going to Myakka City Elementary School one year to get referrals. A teacher pointed out a student who was particularly tired. Grogan found out her family didn't have enough pillows for that student and her four brothers and sisters.

That year, Magic of Mittens purchased 22 Pillow Pets, which are pillows that fold to form the body of animals such as bears and unicorns, so every student in that student's class could have a pillow.

Grogan said between 5,000 and 6,000 gifts will go through her house as part of Magic of Mittens.

While many children might be wishing for toys, Grogan said she has students asking for bed sheets, pillows and coats.

“They’re not asking for an Xbox and iPhones and tablets,” she said. “They’re asking for things we totally take for granted.”

Grogan works with more than 200 businesses, school clubs and organizations, community members, and families to sponsor the children and their families.

“I get to see the goodness in people every day,” Grogan said. “I probably cry every day throughout the season because of how incredibly kind, generous and good people are. We cannot thank the generosity of the community enough.”

“She is the most generous, loving, giving person you’ve ever met,” Fradley said. “As a homeroom mom, she was that person that would do anything for the kids in the class, and she was involved from the beginning at Rowlett. She really is like a living angel on Earth.”

Now Fradley has brought Magic of Mittens to Willis Elementary. She said families jumped at the opportunity to help.

“The Willis community is the most compassionate and generous community I’ve ever been a part of,” Fradley said.

Hart and Magic of Mittens volunteers go to Faulkner Farms to distribute gifts. She said many children ask for socks, blankets and sweaters because they don’t have the best living conditions.

Hart said Grogan always brings a little something extra for the children at Faulkner Farms. Hart recalled when Grogan brought dolls for the girls, and Madi Grogan gave one of the dolls to a kindergartner.

“(Madi Grogan) gave her this gift, and her face just lit up,” Hart said. “She was so excited about it. When we came back to school Monday, the little girl had the doll with her as she was waiting for the bus.”

One delivery Grogan will never forget was to a family with six children. Grogan and a few volunteers went to the family’s home in Bradenton to deliver the gifts.

“The dad literally just dropped to his knees and was crying because he didn’t think he was going to get to have anything for his children,” Grogan said. “That was the year we got to donate a Christmas tree to his family, too.” 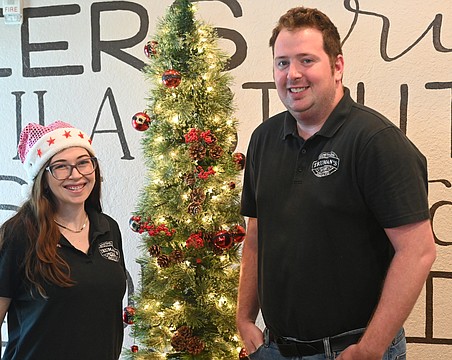 Truman's Tap & Grill gives back with Christmas in July 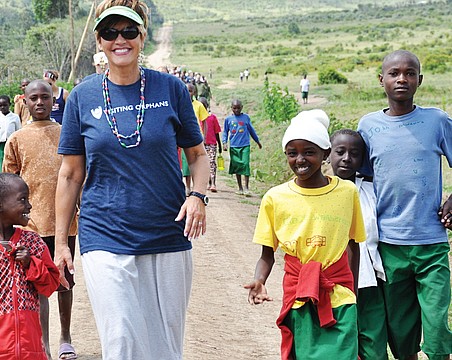 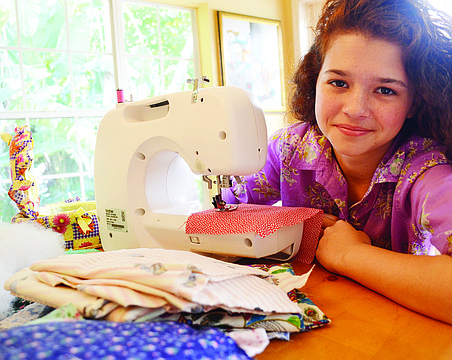 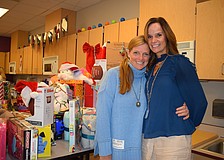 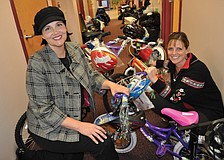 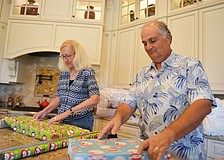 Charity another of Santa's secrets in Lakewood Ranch 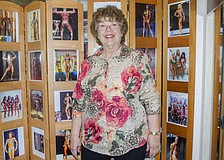 June Blaustein remembered for her loving personality and unique hobby 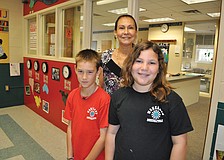