The ESPN announcer gave thanks for those donating to the V Foundation, his long tenure at ESPN, his family and his 52-year love affair with his wife, Lorraine.

On Thanksgiving Day, legendary college basketball announcer Dick Vitale will be spinning stories in front of his favorite audience.

The Vitales will be surrounded by their five grandchildren in Sydney and Ryan Sforzo (who both attend Notre Dame University) and Ava, Jake and Connor Krug (who all are attending Duke University).

The past 18 months have been tough on the now 83-year-old Dick Vitale, who has overcome melanoma, lymphoma and vocal cord dysplasia, all which threatened to end his life or at the very least end his broadcasting career.

Thanksgiving 2022 was no sure thing.

"I am very thankful we are all together," Lorraine Vitale said. "We didn't know if we would be. You've got to appreciate your health, because sometimes you don't realize what a blessing it is."

Dick Vitale said the struggles of the past 18 months offered more proof that he has been blessed.

"Seeing my children and my grandchildren (on Thanksgiving), I am so happy with what they are doing in their lives. There are so many problems people face, but all of them are doing well. They are thriving. What joy to grandparents, having them close in Lakewood Ranch."

Dick Vitale tries to pass the wisdom he has acquired over the years to his grandchildren. The struggles of his immediate past, though, have added perspective to some of his stories.

Take for instance, the one about persevering during tough times.

That message had been drilled into him years ago by his parents and family members. But Dick Vitale said he failed to use that wisdom himself when he encountered his first tough time.

It came in 1979 when he was fired by Detroit Pistons owner William Davidson, a man he admired. After going 79-29 in four seasons at the University of Detroit, including 26-3 in the 1976-77 season, he struggled in the NBA when his roster wasn't talented enough to compete with the NBA powers. It irked him and he repeatedly told that to Davidson.

"Bill Davidson always treated me like royalty," Dick Vitale said. "But he would say, 'You are your biggest enemy.' But we couldn't beat the Lakers, and we couldn't beat Dr. J (Julius Erving) and the 76ers. It was driving me nuts and I was telling him about it.

"Lorraine kept saying to me, 'You can't do this. You are going to talk him into firing you.'"

"It was my first time dealing with a tough time," Dick Vitale said.

All those lessons he had learned from his family, took a back seat to his depression.

Lorraine Vitale wouldn't have it, though.

"She told me, 'You're not the first guy this has happened to,'" Dick Vitale said. "She was right. I was violating everything I believed in.

"The key in life, and I give my grandkids this talk, is how you handle tough times," he said. "You have two choices. You can just feel sorry for yourself, or you can pick up the pieces. (Getting fired) was a great lesson for me. I don't care who you are, you are going to face obstacles and problems."

He listened to his wife, and landed a job announcing the first college basketball game that ESPN covered, on Dec. 5, 1979 between DePaul and Wisconsin. He never looked back.

Even so, when he would tell that story about facing adversity, he talked about how he would have failed the test if not for Lorraine. In the last 18 months, though, when facing his darkest moments, he has added another chapter to the story.

Sitting alone in a chemotherapy room early in 2022, he came to a crossroads once again. This time, his path was clear.

He thought of the words by his good friend Jimmy Valvano, who in 1993, two months before his death from cancer, walked to the podium at the ESPY Awards program to receive the Arthur Ashe Courage and Humanitarian Award, and told the audience, "Don’t give up, don’t ever give up. That’s what I’m going to try to do every minute that I have left."

"In chemo, I kept repeating those words to myself," Dick Vitale said. "Don't give up, don't ever give up."

On Nov. 15, after missing most of the 2021-22 season due to his medical struggles, Vitale returned to give color commentary in Michigan State's victory over Kentucky in the Champions Challenge in Indianapolis. It started his 44th season with ESPN.

It should be an interesting Thanksgiving with the Vitales, Sforzos and Krugs.

Almost every story Dick Vitale tells includes Lorraine. When he was coaching, at every level, she would attend all his games, whether than meant taking a private plane or a bus. When he began raising money for the V Foundation, she was a major force in the operation.

So every Thanksgiving needs a love story, too.

A few days before Thanksgiving, at their Country Club home, the Vitales talked about how they met. It turned into a 52-year romance.

"It was at the Blue Swan Inn, in Rochelle Park, New Jersey," she began. "It was a place on the weekend where you could go. You might call it a singles club.

It was time for Dick Vitale, the master of color commentary, to interject.

"She isn't telling the whole story," he said. "I would get together with the guys (who all were coaches) to share ideas. We would be pushing salt and pepper shakers around, going over Xs and Os. I was coaching East Rutherford High at the time."

Lorraine Vitale never took her eyes off her husband as he launched himself into the story.

"She came walking in, boots and hot pants. Wow! The guys told me, 'Don't even think about it.' They were all laughing.

He went back again later with the same question and received the same answer.

His buddies were now sticking needles into him.

He went back again, for another rejection.

"I am mad," he said. "I ask her, 'Do you get your kicks turning guys down?' Her girlfriends are saying, 'Can't you just leave her alone?'

"I am a fierce competitor, so I bet the guys I could get her on the dance floor."

His buddies start throwing money on the table in front of him. So he went back yet again.

"I went over to her and said, 'I don't want your phone number, or your name. But could you help me out? I bet my buddies I could get you on the dance floor.' And we danced."

It wasn't long before she headed out the door, with him trailing behind to watch her leave.

"It was a July night, and I had been a car freak. I had a lime, green Bonneville and I had it parked right in front of the entrance. I was walking behind her and I heard her tell her girlfriend, 'I want to meet the guy who owns that car.'"

He quickly told her it was his car.

"She said, 'My name is Lorraine McGrath and I love in Lodi, New Jersey. She gave me the number."

After a first date to a Dionne Warwick concert, they were on their way. He was 31 when they met and she was 26.

Asked why she finally relented and danced with him, Lorraine Vitale said, "I liked his personality, and he was fun to be with."

Her husband looked back at her and asked, "How about my looks?"

"She hasn't changed one bit," he said.

Through the highs and lows of his coaching career, and a broadcasting career that turned him into a national celebrity, Dick Vitale's career has changed their lives.

But Lorraine Vitale said that even today, "nothing has changed between us."

Dick Vitale did admit that he is more obsessed than ever to raise money for pediatric cancer research and awareness through the V Foundation. His 2022 Gala raised $11 million for the cause, up from $6.5 million in 2021.

On ESPN's website, he wrote, "I’ve seen firsthand the devastation that cancer can have on families, on children, and on all of our loved ones. It can bring you to your knees. It’s physically and emotionally exhausting. It robs you of so many things, including life itself for some of the most unfortunate patients. I never lose sight of that, and that’s why I feel so lucky."

So he sent out a plea as everyone sits down for a holiday meal.

"If you are able, think about how blessed you are," he said. "Raising millions (for pediatric cancer research) has been one of the great thrills of my life. Now I have experienced it. Think of a doctor walking in and saying your child has cancer. It is life changing. So if you can, give."

A way to give thanks

What: Raising money for the V Foundation, pediatric cancer research and treatment

Where: The Ritz-Carlton, Sarasota 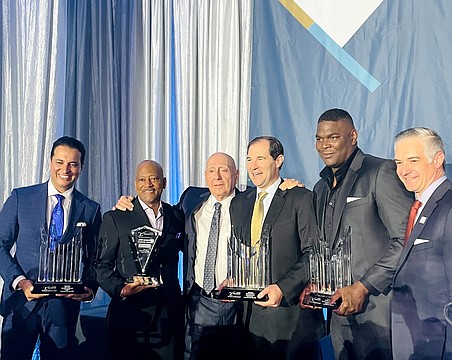 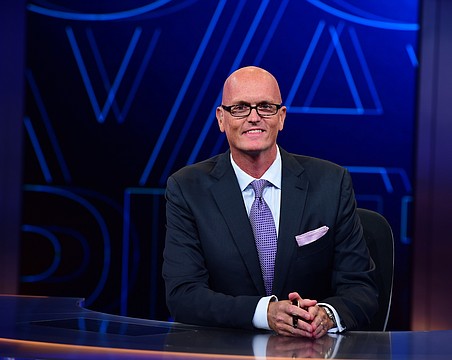 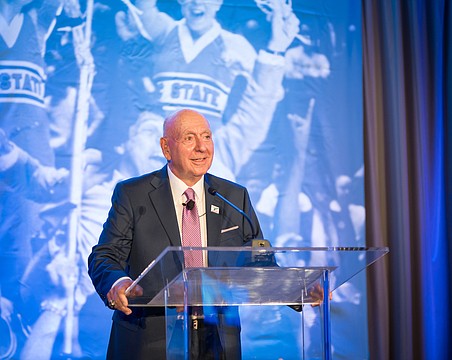 Dick Vitale raises the bar for gala fundraising despite the pandemic 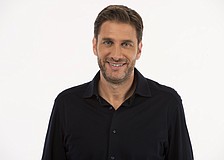 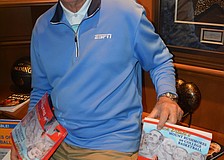 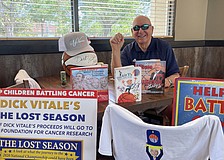 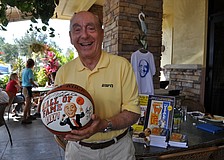 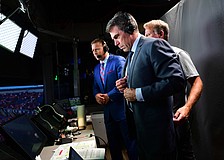