The sweet spot in Lily Wojtkowski’s burgeoning creative life came on her 11th birthday, when she received two pets who would become her chief inspiration. Wojtkowski, a fifth-grader at the time, had already been drawing comics for about four years. But her pets, at that point, were more an impediment than an inspiration.

You see, Wojtkowski loved her hermit crab, but she wasn’t quite sure how to illustrate it.

“I wasn’t very good at drawing crabs,” she says. "But rats are a different story.”

Wojtkowski means that literally and figuratively, as she’s demonstrated to the world. The 12-year-old self-published her first book of comics, “Pretzel Rat,” at the end of 2021, and now she’s working on a sequel to the book that she hopes will be published in the new year.

That new offering, “Pretzel Rat: A New Era,” continues where the first book left off in chronicling the adventures of her pet rat Pretzel. And now she has two new rats, Biscuit and Baxter, who will also be characters that Pretzel interacts with on the printed page.

Wojtkowski says she was inspired by the artist Bill Watterson, who drew “Calvin and Hobbes,” but she cautions that her creations aren’t exactly humorous. The Pretzel Rat books center more on fantasy adventure than comedy, but they’re always grounded in reality.

After all, says Wojtkowski, the adventures are invented but the actual rats exist in real life. And before they came into her life, she says, she never could have imagined writing about them.

“I wasn’t exactly scared of rats. But I had never met a rat in real life, so I wasn’t sure what to expect,” says Wojtkowski, a student at Manatee School of the Arts. “My mother suggested doing research on rats. So, I did a lot of research and I learned about rats. And then I was really excited to get rats because it’s like, ‘Oh, they’re actually like dogs just really tiny.’”

The rats live in a big cage in her room, says Wojtkowski, but they’re frequently allowed to roam inside a room while under supervision. One time, she says, she forgot to put them back in their cage, and when she came back to her room, they had eaten her blinds.

Do the rats know their own names? Wojtkowski says she’s not sure exactly how intelligent they are, but she describes interacting with them just like you might your pet bird or cat.

“Rats are very friendly,” she says. “They won’t bite you. They might nibble on your nails or groom your fingers. But mostly rats will show affection; they’re very social. They’re also very hyper and want to run all the time. I actually started out with two rats. Unfortunately, one passed away, so we got two more rats. Now we have three.”

Wojtkowski hopes to attend Ringling College of Art and Design, and she expects that cartooning will be at least a part-time job when she gets older. Her mom, Kate, has assisted her in the self-publishing process, and Lily says that she mostly enjoys the work of creating the comics.

It can be laborious; one storyboard can take a week to develop, and one page can take her as much as three hours once she’s decided how it should be drawn and colored. Her first book was 24 pages, and that meant that it took her a long time to draw it out in her mind.

“Sometimes the words come before the drawings, and then I’m like, OK, that works,” she says. “And then sometimes I make a drawing and it’s too blank. Wait, what should I write here? So, then I’ll think about, what if he says this? I’ll write that down. And if I like it, I’ll be like, ‘Yeah,’ and if I don’t, I’ll erase it and restart until I find something that suits Pretzel.”

Wojtkowski says that many of the students in her school have their own creative outlets, but she’s not aware of any classmates who have self-published their own comic book or graphic novel.

Her book, which sells online at Amazon, has traveled all over the world; Wojtkowski sent some copies of “Pretzel Rat” to family in South Africa, and one web visitor asked for a special delivery all the way to Australia.

Locally, the “Pretzel Rat” books are available for purchase at Suitcase Sweets in Lakewood Ranch. Wojtkowski, who also makes gifs, animations and art dolls, says there may be another Pretzel Rat book in her after “New Era,” but she may also pursue different creative projects.

When does she do most of her work?

“It depends on the day,” she says. “If I have a lot of classwork, then probably no doodles that day. If I don’t have that much, then I’ll probably doodle a lot. Then I’ll come home and I might color it. Some days, I will draw a lot at school but won’t draw at home because I’m tired.”

One thing’s for sure. Wojtkowski’s fans eagerly await the next adventure that Biscuit and Baxter and Pretzel find themselves in. 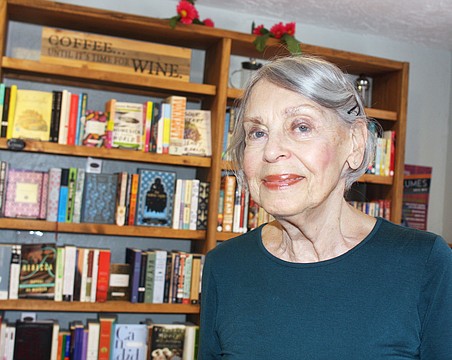 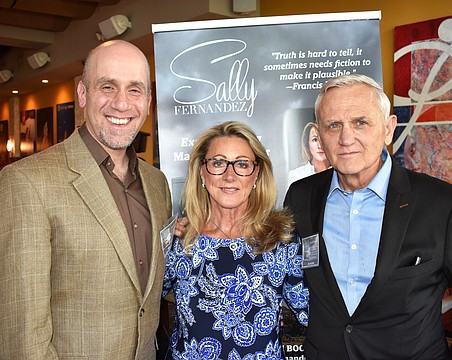 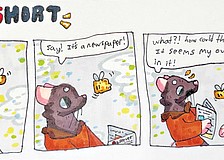 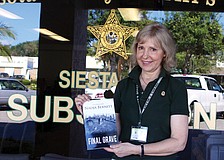 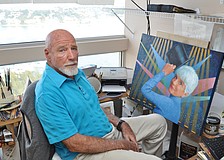 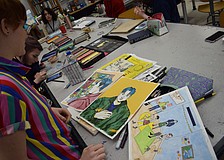 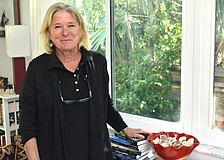