The 30th annual Ponies Under the Palms fundraiser is set for Nov. 20 in Lakewood Ranch.

When the 30th annual Ponies Under the Palms Mustang and Ford Show begins Nov. 20 at Main Street at Lakewood Ranch, the beauty of the cars will be just a part of the show.

The major entertainment will be the stories told by the owners and the spectators about what makes each vehicle special.

Here are just three of the cars that will be on display for the event, which raises funds for the Denis V. Cooper Foundation's Wishes for Heroes, and Take Stock in Children.

Sarasota's Ray Baker was asked what he thought the first time he saw his uncle's 1964 1/2 Mustang.

"Come on," Baker said as if the question was just plain silly.

It was 1964 in Elmira, New York, and Baker was a 13-year-old. That particular Mustang was rocking the automotive world at the time, getting rave reviews from automotive magazines as one of the sportiest cars to come off the assembly line.

"Wow," Baker said of his first impression. "What a neat car."

Did he imagine that sometime in the future that uncle Ken Eden's car would become his own?

"Not in my wildest dreams," Baker said.

Baker eventually moved to Florida in 1971 and his uncle still had the car. And in 1978, Baker said his uncle drove home after buying a new set of tires for the car, parked it, and the car sat for 16 years. Eden had bought another car.

Over the years, Baker became more of a car enthusiast and developed a love of classic cars. In 1994, he and his wife, Lola, made his uncle an offer, that they would take the car, restore and give it back to him. Then, when he finally decided to let it go, he would give it to them. So in 1994, they did a total restoration on the car.

Ray and Lola, who he said helps him every step of the way with his cars, started taking the car to shows.

"We used to caravan with other (car owners) to shows, five or six of us in a row," he said. "You would see people hanging out the window with their thumbs up."

The Mustang had a 289 cubic inch engine, a four-barrel carburetor, and a four-speed transmission.

"It was a peppy, little car," Baker said.

Baker also has a 1936 Chevy half ton pickup that he sometimes takes to shows, but the Mustang is his favorite.

"It has won a lot of awards," he said of his Mustang.

Braden Woods' Phala Amey found out quickly how serious her husband, Dayton Amey, was about his cars.

She was sitting in his prized 1969 Ford Mustang Mach 1, with her hand draped over the passenger side door, tapping on the body.

She was wearing a ring.

"He said, 'Don't tap on the car," she said, putting sternness in her voice to tell the story. "You will scratch the paint."

Nobody was going to mess with Dayton Amey's Mach 1. He had wanted that car when he was a high school student, but his parents said it wasn't a safe car for him to be driving at that age.

It wasn't long before his father relented, and once being a car salesman, handled the negotiations for his "dream car," a 3-year-old Mach I.

"We paid $1,900, down from $2,600," said Dayton Amey, who was living in Allentown, Pennsylvania at the time. "It was a base car, and not high performance. It has an automatic transmission."

Even so, he loved the look at the car, including its four headlights and sleek body style.

He married Phala in 1976 and presented another lesson in how much he cared about his cars.

"He liked cars, especially Fords," Phala Amey said. "I had a Monte Carlo and it wasn't long before we sold that car.e bought another Mustang, a 1973 Mach 1."

Eventually the car became a show car and a Sunday driver. It has 140,000 miles on it.

It has a natti.

But while other Fords might come and go for the Ameys, the 1969 Mach 1 will always be in their garage.

This is one sprint Larry Brunatti of Braden Woods won a long time ago.

An avid lover of classic cars, Brunatti developed a love of Ford Falcon Sprints years ago when one of his good friends bought a hardtop.

Years later, he started for one of his own when he came upon a 1963 1/2 Ford Falcon Sprint — on Ebay. It was in Spokane, Washington.

He bought the car for $9,500 and it turned out to be perfect mechanically. It had the original 260 V-8 engine.

The body not so much.

"The paint had spiderwebs going through it," he said. "And the top was white. It just didn't go with the car.

"So we stripped the car down to the bare metal and there, surprisingly, there was no rust.

While the Sprint might not look the role to those unfamiliar with classic cars, Brunatti said at the time it was the "sporty car of that era."

"It was the forerunner to the Mustang," he said.

The car had bucket seats, a console, a tach on the dash and a glass pack exhaust system.

Now the car only goes to shows, and on Sunday drives.

"But it's my favorite Brunatti said. "You very rarely see sprint convertibles ... only 4,600 were made that year. And it's fun to drive."

He said this particular car has been "exceptionally sound" mechanically.

Body-wise, it is a beautiful black that catches attention. But that does cause some problems at shows. Black can show almost every spec of dust.

Brunatti said he stays busy at the shows.

"I have a California dust mop," he said.

Ponies Under the Palms Mustang and Ford Show

Where: Main Street at Lakewood Ranch

Presented by: The Mustang Club of West Central Florida

Admission: Free for spectators; $25 to enter a car in the show the day of the event (check-in begins at 8 a.m.)

Information: Go to MustangClubOfWestCentralFlorida.com, or call 920-944-8137. 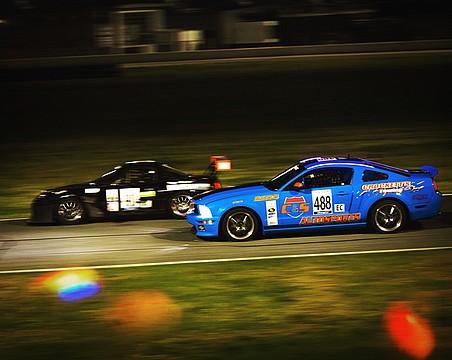 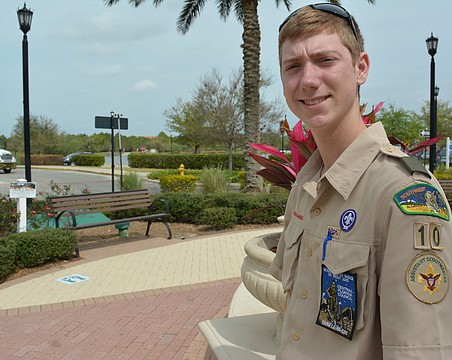 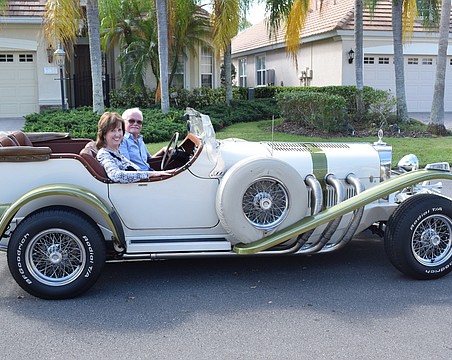 Pony up for charity in Lakewood Ranch 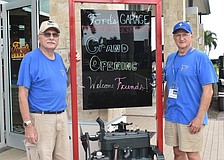 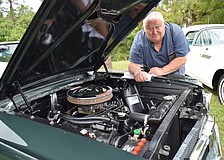 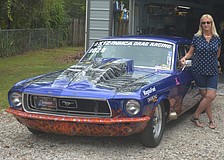 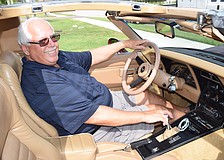