Ventura's Italian Kitchen & Wine Bar has replaced the Bayou Tavern, but you can still order the veal cannelloni.

Everyone has the right to retire, even when they run a popular restaurant the neighbors love and will miss.

“I’ve dedicated my life to restaurants since I’ve been here in 2001. All I did was work and work and work and build it,” former Bayou Tavern owner Domenic Padula said. “I don’t want to be anchored to one place. I want to travel a little bit.”

Wish Padula well because a new Italian restaurant has taken the tavern’s place in Whitney Plaza, and one highly requested dish off his menu will live on.

“Chef Angelo has been kind. He said he’ll show me how to make the veal cannelloni,” new owner Debra Murphy said.

The other fan favorite is lasagna. Call the day before and a pan of that or any other Italian staple will be made to order, but they’ll be Murphy’s recipes. She’s confident when she calls her lasagna “bangin’.”

On Nov. 4, Murphy, along with her husband and co-owner, Michael Murphy, cut a ribbon to celebrate the grand opening of Ventura’s Italian Kitchen & Wine Bar. The restaurant opened a couple weeks before, but the Murphys insisted the pizza dough recipe be exact before making it official.

“The humidity, the yeast count, all of that. We had to adjust everything. If it wasn’t right, we changed it again.” Murphy said. “We did that for about two weeks until we got the dough right, and so we’re real happy with our dough.”

Ventura’s serves two types of pizza: New York traditional thin crust and a thin crust Sicilian. The latter has a one-inch crust and is cooked in a pan versus a pizza oven. Murphy describes the dough as having a more buttery texture and sweeter flavor.

Each of the doughs had to be adjusted because the Murphys’ moved to Bradenton from the completely different climate of New Jersey to open Ventura’s.

“Debra’s dream has always been to own a restaurant, constantly emailing and texting me different places for sale and different ideas, but one of the things that always stood out was an Italian restaurant,” Michael said. “She’s Sicilian and the youngest of seven children; so needless to say, she learned to cook from a very young age.”

Debra’s first job was at a pizzeria when she was 14 years old. She’s been in the restaurant business ever since. Now that her dream is realized, it’s time to tweak it.

The couple are hoping for a successful first season, so they can remodel sooner than later. Plans include adding a pizza counter and an outdoor deck. They also want to remove a wall to offer diners a better view of the bayou out back.

The menu also remains a work in progress.

“If I get the requests, I will add to it,” Murphy said. “It’s Italian specialties, and I brought in a lot of different pizzas that they didn’t have prior. And so far, great response on both.”

The house pizza is called the “Grandmother.” Instead of traditional sauce or sliced tomatoes like a Margherita pizza, it’s topped with fresh-crushed San Marzano tomatoes.

Ventura’s is open for dinner from 4:30-9 p.m. Tuesday through Saturday. On Thursdays, they offer Sinatra-esque dinner music from 5-7 p.m. during happy hour. 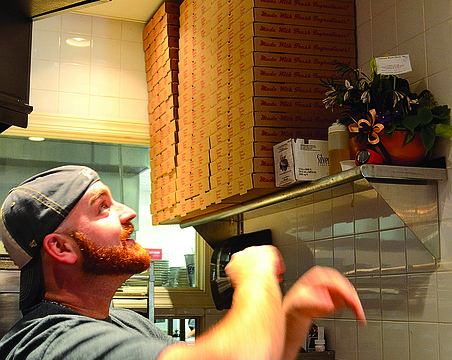 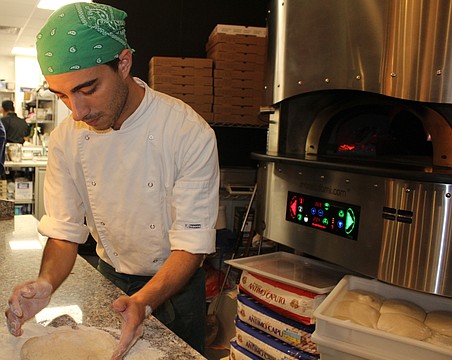 The art of Italian food comes to Lakewood Ranch 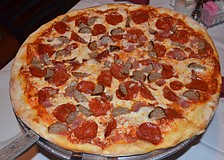 Discover the pizza of Longboat 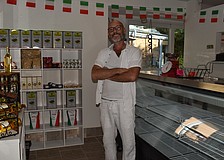 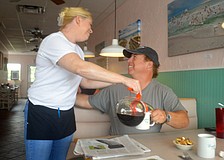 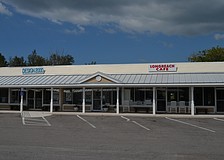 Longbeach Café will take dining outside