You can call it a dinosaur bone or a turkey leg. But Grove's pork osso buco is drawing attention whenever you order it.

Greg Campbell, the executive chef at Grove and Pier 22, had tried it all in preparing pork.

Then, about eight years ago, he got a call from a panicked vendor. They had 80 cases of one-pound pork shanks and no idea what to do with them.

Campbell decided to take a look, and when he started experimenting, his pork osso buco dish was born.

Traditional osso buco is made of veal, but Campbell says his pork shank is prepared just like the veal would be.

The chef says pork shanks come in different sizes because pigs are born with different sized thigh bones. But generally speaking, there's about a pound of meat on each one.

Grove takes the thigh bone and braises it with a vegetable mirepoix that includes water, garlic, celery, onions, carrots, some chicken stock, salt, pepper and bayleaf.

The shank cooks for four hours at about 350 degrees, and when it comes out of the oven, Campbell separates it from the sauce.

He macerates the braising liquid through a chinois, and the dish is served over mashed potatoes and asparagus.

Campbell says it rests in about six ounces of sauce.

"We double ladle it," he says. "If we didn’t put it in a bowl, the sauce would just cover the whole plate. And it’s great because of the potatoes. You take a scoop of the sauce, the pork and the mashed potatoes; that makes a real mouthful."

Campbell says his kitchen makes everything from scratch including baking its own bread and making its own sauces.

Grove does not compost, but it tries to make the most out of its materials. Campbell says his kitchen has what might be referred to as a "trash shelf" that contains items that can be re-used.

"If I need diced celery for a menu item, we cut the heel off and most of the time that goes in the trash can," he says. "But it’s great for a mirepoix. The leaves of the celery are great for stock.

That pound of pork might look like a great dish to share, but Campbell says that's not happening. People are buying it for themselves, and if they can't finish it, they're taking it home to make it into a sandwich the next day.

Campbell says the pork has a consistency like dark meat chicken, but it's tastier and falls right off the bone. He also says it has a sweetness due to the carrots in the mirepoix and he would recommend white wine over red.

"A Pinot Noir is probably the reddest I’d get. Or maybe a lighter Zinfandel," he says. "Any type of white wine would work. A good oaky Chardonnay, maybe. You could probably get away with a Chenin blanc or something super light.

No bones about it

The staff at Grove has heard it all. They've had customers compare the shank to a "piece of a dinosaur" and to a "turkey leg" at a "medieval" fair.

One jokester said that it looked like "the largest chicken wing I've ever seen."

Campbell teases that you could even use it as a weapon, but it might have unintended consequences.

"You can probably take a few people out with that bone," he says. "The only problem is when they’re swinging it, the meat will fly off the bone. You’re more likely to give someone a black eye from a flying slab of pork."

The shank may look like something you'd feed your best canine friend. But the staff at Grove implores you not to do that.

Pork bones are known to splinter and they can create stomach or intestinal issues for your pet. 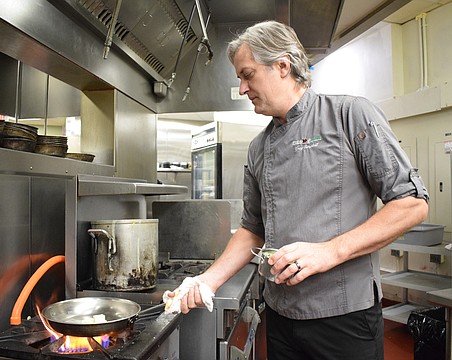 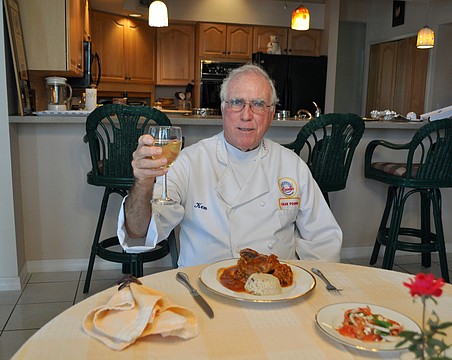 IN THE KITCHEN WITH: Ken Perry 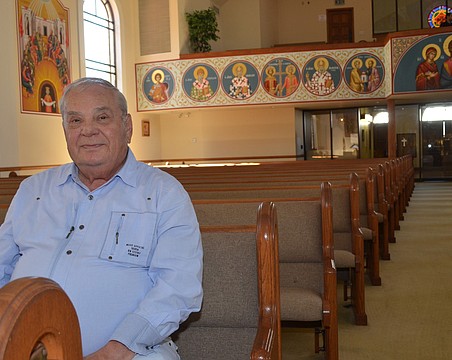 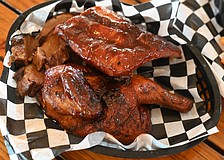 Brisket, chicken and ribs are cooking overtime at Stottlemyer's Smokehouse 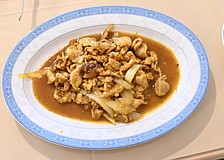 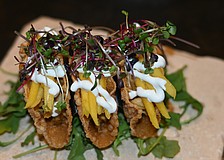 Melange goes down the rabbit hole on distinctive taco dish 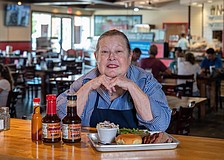 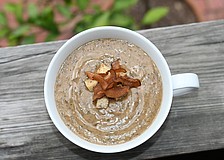