The Luffing Lassies celebrate 50 years of friendships on the water

The Luffing Lassies is celebrating its 50th anniversary of bringing together adventurous women who bond over good company and the fine art of sailing.

A sailing club might conjure up images of swanky dockside cocktails and well-heeled women with perfect manicures. The Luffing Lassies set sail on a very different course.

This all-women’s sailing association celebrates its 50th anniversary this year, and these women are not afraid to mess up their hair or break a few nails.

Founder Lilly Kaighin was a trailblazer for 1972, a time when husbands taught their wives how to crew, not how to sail. The club came together with a handful of Kaighin’s friends. The goal was to get women teaching other women how to sail.

This season there are 90 Lassies, including three “Anchors.” Anchors don’t sail anymore, but the sisterhood doesn’t end with sailing. They meet for lunch once a month and attend Lassie social gatherings.

The Lassies race out of the Sarasota Sailing Squadron on Thursdays. More experienced Lassies also race against sister clubs in the Florida Women’s Sailing Association during race season.

These days most Lassies are retirees but, at the start, most were moms who wanted a day to themselves. The sailing hours and September through May schedule were originally designed around the school calendar.

The Lassies don’t seek out experienced sailors; they seek and attract independent, adventurous women. Every September they offer a two-week Introduction to Sailing course that’s been fine-tuned over 50 years.

Women who have never sailed before are sailing solo by the end of the first week. By the end of the second week, they’re ready to race. What seems farfetched becomes realistic when considering the size of the boats. The Lassies race Sunfish, Hobie Waves, 420s and Flying Scots — all personal-sized dinghies and catamarans.

Given training, they’re easy to maneuver in the water, but are bulky when pushing and pulling them on and off land. While the group encourages all women to give it a try, a Lassie needs to be strong enough to pull her own weight and dinghy.

Most Lassies own their own boat, but the club keeps a small fleet for training and newcomers. Rentals are available through the Sarasota Sailing Squadron.

Ursula Olson, 77, has been a Lassie for 44 years. She would have started sooner had she not been pregnant when two women cornered her at a party to say, “You have to join the Lassies!” Olson was new to town. After learning they were a sailing group, she pointed to her baby belly and said, “After this is out, I’m in.”

Since 1978, Olson has seen both the Lassies and the squadron more than double in size. She cheered as the club switched from using mostly prams, which is a small dinghy that kids learn on, to roomier Sunfish dinghies.

Yet aging has not slowed Olson’s sails. She’s quick to point out that the most trophies in the group have been awarded to women between 55 and 65 years old.

“Sailing a race is kind of like a chess game,” she says. “Maybe it’s more experience, and they sail more with their brains rather than with their bodies. Whereas the younger ones have the strength in the body but maybe not as much experience.”

Thursdays aren’t enough for Olson, who races every chance she gets. She and her Sunfish have traveled to Shelter Island, Connecticut, and Bay St. Louis to compete in regattas.

Sailing is a family affair too. Olson sailed until three weeks before her second child, Jeff, was born. Their latest family vacation was to Torbole, Italy, in September to watch him compete in the Sunfish World Championships.

Ali Foster-Claypoole, 45, is one of the youngest and newest Lassies. She joined in 2019 after moving back to the area from Washington, D.C. She lives on Longboat Key with her husband and two children.

Foster-Claypoole never imagined herself as a stay-at-home mom, but after her son got sick, she started homeschooling both her children. Then, in 2018, the family traded the D.C. rat race for a simpler island life. Her husband works from home now and fully respects his wife’s “Holy Thursday.” Mom cannot solve problems when out to sea.

The only sailing experience Foster-Claypoole had was a summer camp at the squadron when she was a kid but thought joining the Lassies would be a good way to meet new friends.

“Most of my best friends are Lassies now, and they’re from grandmas to my age, which has been great.”

With two children at home, it’s difficult for Foster-Claypoole to travel to out-of-town regattas, so she sails in club regattas and rents sailboats when the family is on vacation. Her husband prefers golf but is a happy passenger.

“I’m always itching to sail,” she says. “You feel very set free. There’s no road, and there’s nothing holding you up but you.”

Donna Hillmyer is a second-generation Lassie, who takes after her mother, Rita Steele, in that she will only say she’s “in her 50s.” (Her mother is still “37” years old and an extremely active Lassie.)

“My mom came in, I think, right after or with Ursula. Those two really were the hotshot sailors,” Hillmyer said. “They were both so good, and they were really good friends, so they just kept pushing each other.”

Hillmyer’s Introduction to Sailing course came from being her mother’s de facto crew. She describes herself as a social Lassie growing up. It’s apt to call the squadron her second home. She was a part of the Sarasota Youth Sailing program and returned as a coach while earning a dual master’s degree at the University of South Florida.

She even met her husband at the squadron, 14 years ago at a Friday night race. They still sail together and have traveled as far as Guam and Thailand for regattas. In 2017, Hillmyer was invited to represent the United States in the Laser World Championships in Croatia.

A lifelong sailor, Hillmyer became an official Lassie in 2008 and has stepped up as a leader in more recent years. She co-chaired this year’s Introduction to Sailing program.

“I grew up around those women, and they were all so amazing and so kind to me,” she says. “I loved it, and I waited until I really had the time to be able to commit to it because it’s a lot of time to be a part of the Lassies.” 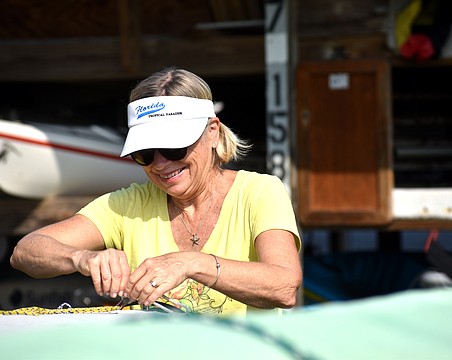 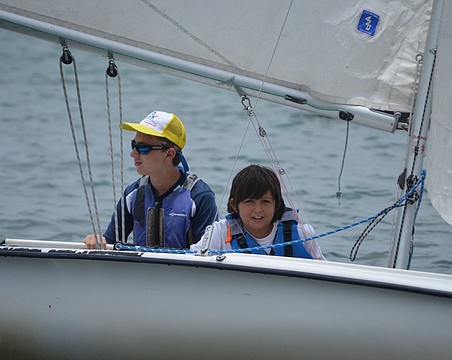 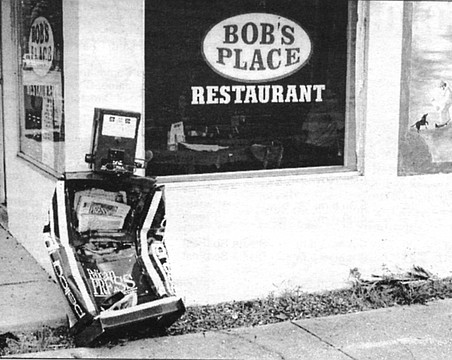 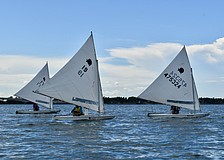 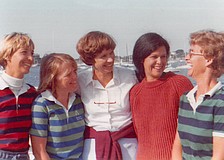 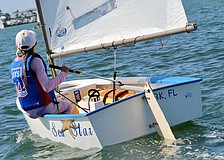 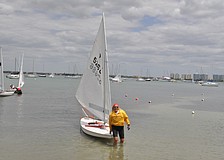 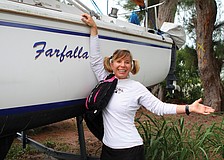 Athlete of the Week: Julie Forbes