The annual festival offers a taste of Greece while benefiting charities.

It's easy to tell the experienced patrons from the rookies at the St. Barbara Philoptochos Society's Autumn Fest.

The rookies are covered with powdered sugar.

Kourabiethes are a Greek shortbread cookie with almonds covered in powdered sugar.

People will have their chance to try to eat kourabiethes during Autumn Fest on Nov. 18-19 at the St. Barbara Greek Orthodox Church.

Besides kourabiethes, the menu includes Greek specialties such as pastitsio, gyros, lamb shanks, spanakopita, dolmathes and Greek pastries including koulourakia, baklava and galatoboureko.

People will be able to dine at the Father Frank Kirlangitis Community Center next to the church, or they can take food to go.

“It’s the joy of sharing with people in the community our culture, our delicacies and our special treats,” Kirlangitis said. “It’s a beautiful community of people who love each other and care for each other.”

Besides eating, those who attend can shop at Yia Yia’s Attic.

Marilyn Blazakis, the president of the St. Barbara Philoptochos Society, said spanakopita, tiropita and pans of pastitsio will be sold frozen so people can take them home to have them whenever they want, including during the holidays.

Many of the foods at Autumn Fest are made by parishioners of the church using their own recipes.

Kirlangitis said the organization has created a cookbook filled with recipes from parishioners.

Kirlangitis and Blazakis said some of their baking is associated with their faith and culture.

“When you say Greek food. I don’t want people to associate only with baklava because we have so many varieties,” Kirlangitis said.

Members of the church have sweet bread on their holy days and they break their fast from meat at Easter with pastitsio and lamb shanks.

Kirlangitis said in a Greek home, with coffee comes kourambiethes.

“These are good luck cookies,” she said. “You’re going to see them at our baptisms and weddings.”

Blazakis and Kirlangitis said spanakopita and baklava also are favorites among attendees.

“I find it interesting when people who have come through the years are determined to have certain things,” Kirlangitis said. “They always say, ‘I want this and I want that.’ They know exactly what they want.”

Blazakis said sometimes people can’t decide what they want, so they take one of everything on the menu. 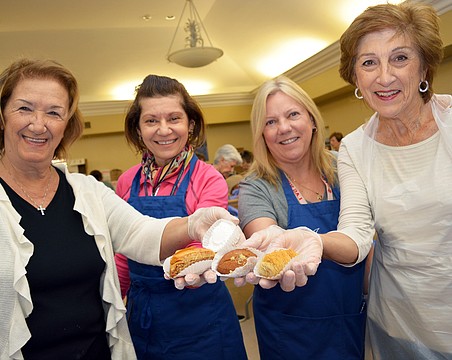 Bradenton women buttered up for pastry sales at Greek Glendi 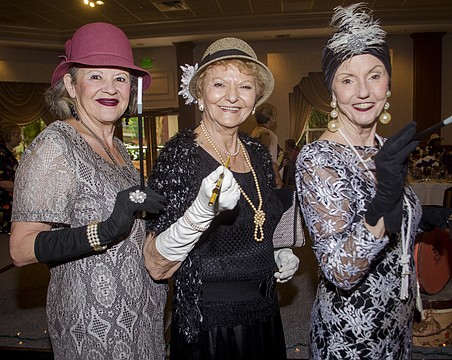 St. Barbara travels back in time with fashion show fundraiser 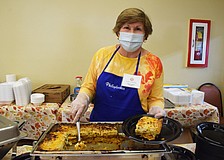 Taste of tradition in east Bradenton 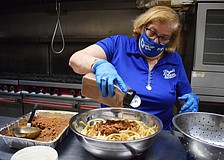 Taste of Greece to go in east Bradenton 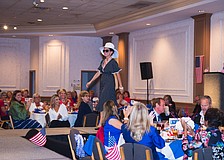 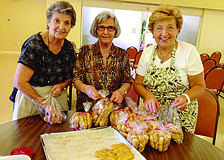 Church serves up fresh food and fun for event